Lessons from a 500 Rupee note!

Lots of hands went up. Including mine. A slow chorus began to build as people began to shout “Me!” “Me!”I began to wonder who the lucky one would be who the speaker would choose. And I also secretly wondered – and I am sure others did too - why he would simply give away five hundred rupees.

Even as the shouts of “I want it” grew louder, I noticed a young woman running down the aisle. She ran up onto the stage, went up to the speaker, and grabbed the five hundred rupee note from his hand. “Well done, young lady,” said the speaker into the microphone. “Most of us just wait for good things to happen. That’s of no use. You’ve got to make things happen.” The speaker’s words have stayed with me ever since.

Our lives are like that. We all see opportunities around us. We all want the good things. But the problem is we don’t take action. We all want the five hundred rupee notes on offer. But we don’t make the move. We look at it longingly and wonder who will be the lucky one – instead of making our own luck. To be fair, some of us do think of running onto the stage and grabbing it. But we quickly hold ourselves back, because we worry about what people might think. 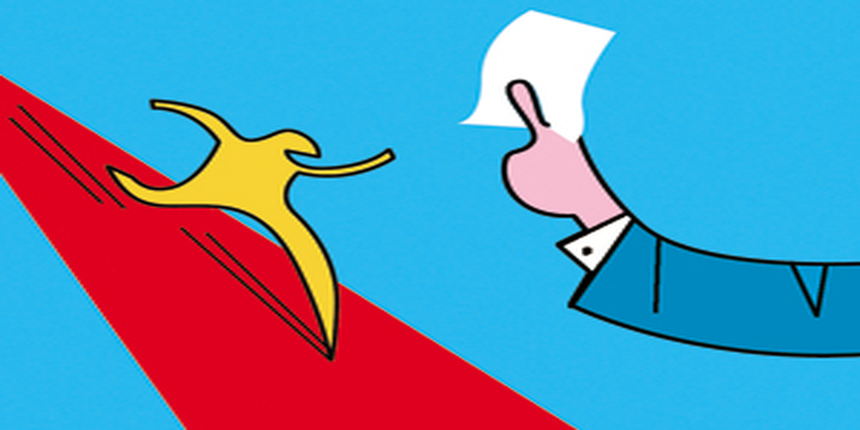 Has it ever happened to you that you see a successful new product or a flourishing new business - and remind yourself of how you had thought of that very idea many years ago? Well, that’s not worth much. You may have had the idea first, but someone else did something about it – so he’ll reap the rewards. Next time you have an idea – remember that simply thinking about doing something is of no use. Do something.  Next time you see an opportunity – think of the lady and the five hundred rupee note. Remember, just wanting it is of little use. Get up, and do something about it. Don’t worry about what other people might think. Take action.

Several years later, it was another day, another time. And another motivational guru. As I watched him pull out a five hundred rupee note and hold it up for all to see, I thought I knew what he was going to do next. But he just asked a simple question. “How much is this worth?”

“Five Hundred rupees!” the crowd yelled in unison. “Right,” said the speaker. He then took the note and crumpled it into a ball and asked “How much is it worth now?”

He then threw the note on the ground, stamped all over it and picked up the note and asked one more time: “And how much is it worth now?”

“Five Hundred rupees!” was the response.

Good lessons to remember as you embark into a Leap year.  May the New Year bring you joy, happiness – and all the five hundred rupee notes you always wanted! 2012 promises to be your best year ever. Now just take action to make it that way!

Post your queries and comments below this column, and Prakash will respond!

Bachelor of Economics (BE)

B.P.O (Bachelor in Prosthetics and Orthotics)