Under 70% BTech Graduates From New IITs Placed In Five Years

Over the past five years, second generation IITs placed an average of 70 per cent of their BTech students in jobs. While one among them placed over 90 per cent students in 2020-21, while major IITs managed under 75 per cent. Careers360 studied ranking data of the last five years to analyse the placement performance of new IITs and how they compare with the old and renowned IIT Delhi, IIT Bombay, IIT Madras and others.

Over the past five years, second generation IITs placed an average of 70 per cent of their BTech students in jobs. While one among them placed over 90 per cent students in 2020-21, while major IITs managed under 75 per cent. Careers360 studied ranking data of the last five years to analyse the placement performance of new IITs and how they compare with the old and renowned IIT Delhi, IIT Bombay, IIT Madras and others.

Only about 70 per cent BTech graduates from the second generation Indian Institutes of Technology are placed each year and about 10 per cent go for further studies, an analysis of government data shows.

Till 2001, India had just seven IITs — the nation’s premier engineering colleges funded by the central government. Starting from 2008 to 2016, another 14 IITs were established and two existing engineering colleges, Banaras Hindu University (BHU) and Indian School of Mines (ISM) Dhanbad, were granted the status of IITs.

Among the 16 new IITs thus formed, six were founded in 2015 and 2016 and only two were ranked in 2022 for the first time in the ministry of education’s National Institutional Ranking Framework (NIRF), so are not compared in the article. The ranked institutes are IIT Palakkad, Kerala and IIT Tirupati, Andhra Pradesh. The other four are IIT Bhilai, Chhattisgarh; IIT Dharwad, Karnataka; IIT Jammu, Jammu and Kashmir; and IIT Goa. The remaining 10 have been ranked from the first round of NIRF in 2016.

Careers360 studied ranking data over five years, 2016-17 to 2020-21, of the newest IITs to see how they fared on placements. The data for the latest year was compared with that of the oldest IITs — Bombay, Delhi, Kharagpur, Kanpur, Madras, Roorkee, Guwahati —to see how the two groups fared.

Over the five years, the eight colleges experienced fluctuating placement records with the percentage of students placed highest in NIRF 2022.

In 2020-21, the oldest IITs, which are also the top-ranked IITs on the NIRF, together averaged a placement percentage of 77.75 per cent. For the same batch, the second generation IITs placed 75 per cent. All these engineering colleges taken together had 76.3 per cent placement, implying that around a fourth of BTech graduates from India’s top engineering schools did not get into jobs.

Placement data is present in all NIRF submissions but no score weightage was assigned to it. 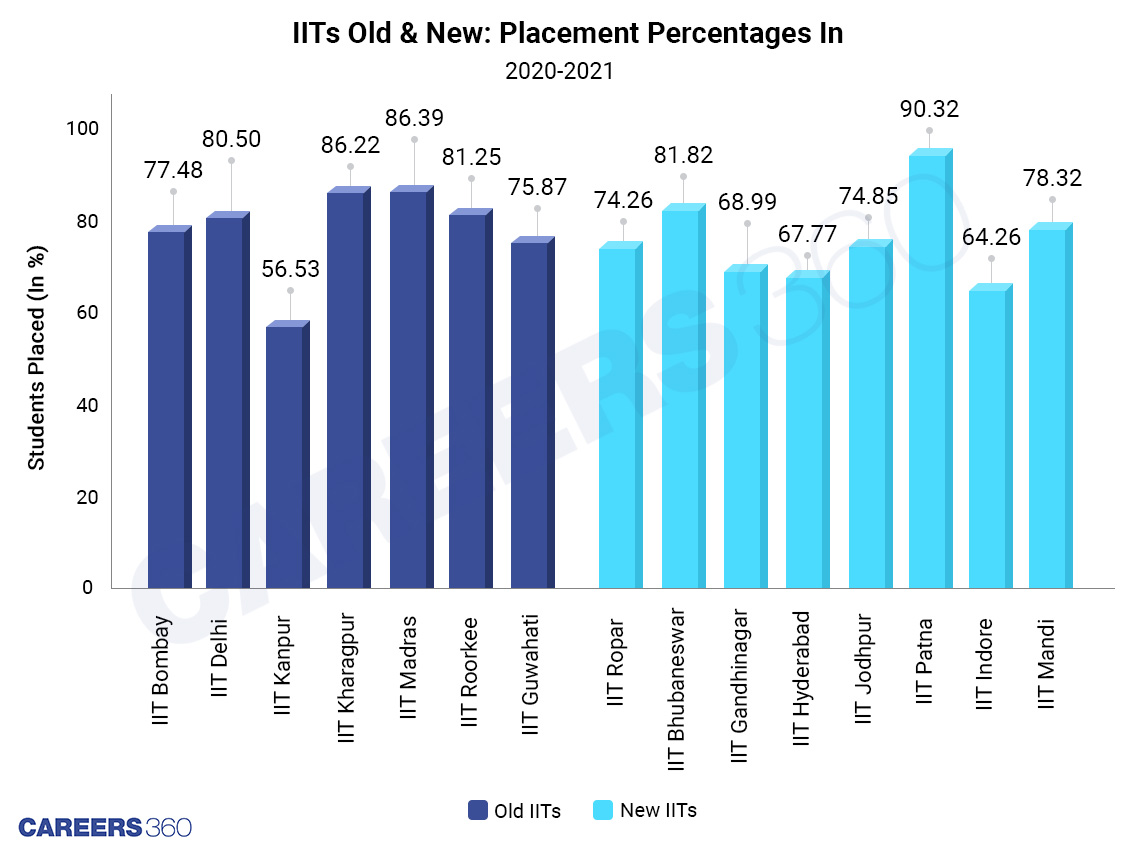 From New IITs To Higher Studies

The higher studies graph shows very fluctuating data for all eight colleges. The change in just one year can be as high as 20 percentage points.

The seven established IITs have an average of 14 per cent of students who go for further studies after a four-year undergraduate BTech programme. While the ones established since 2008 that were considered here — barring IIT-ISM Dhanbad and IIT-BHU Varanasi — average about 10 per cent.

One of the oldest and most well established, IIT Kanpur ranked fourth in the NIRF 2022 but had the lowest percentage of placements with a large chunk of students opting for higher studies.

The percentage of students opting for higher studies in IIT Hyderabad was above 20 per cent for four years till NIRF 2021, but in 2022 NIRF the percentage dropped significantly to 4.4 per cent, even when the placement percentage did not show any major changes. 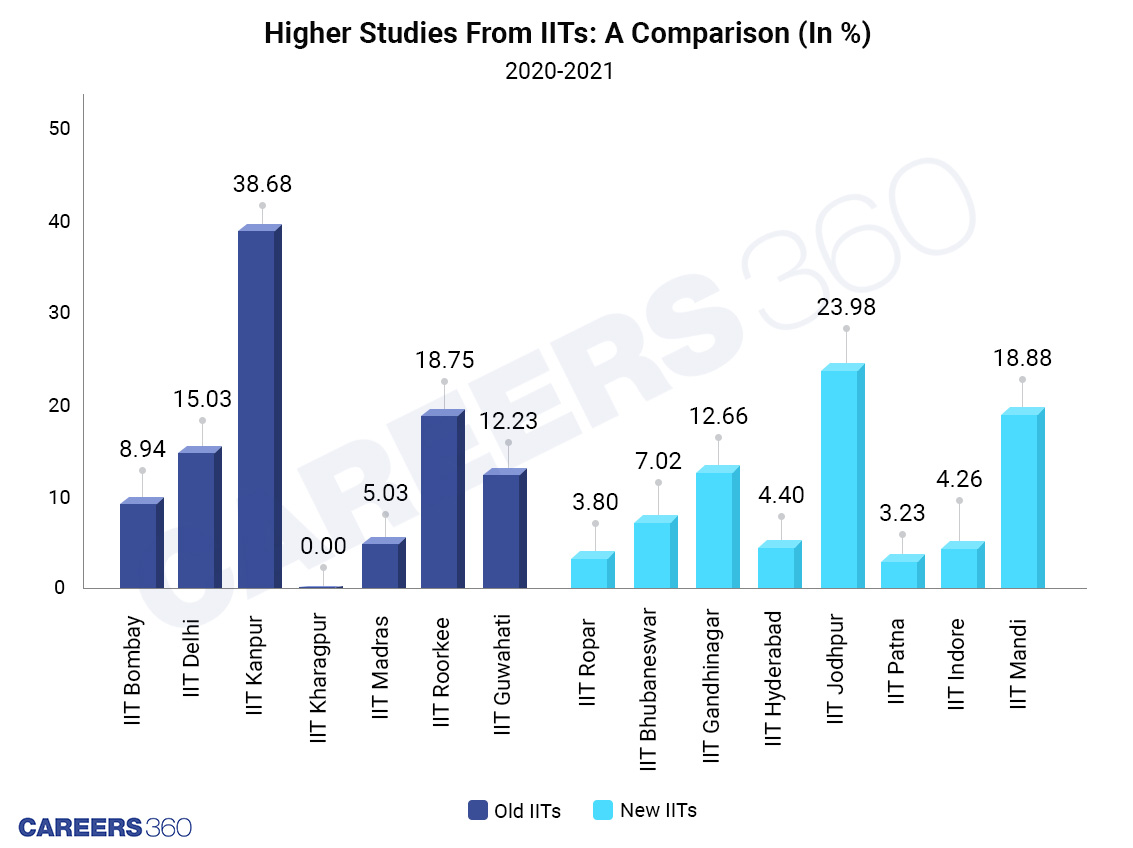 Higher Studies from IITs: A comparison

Apart from IIT Gandhinagar, all the IITs were able to reach a seven-figure annual median salary. The median salary at three of the new ones was more than that of IIT Bombay, Kharagpur and Madras which had the same as well as the lowest median salary among the older IITs. NIRF data could not explain how IIT Bombay, ranked far higher than the newer IITs, happens to have a lower median salary. One possible explanation could be the low placement performance of some niche branches of engineering or even core branches that are no longer as popular. However, this cannot be confirmed as NIRF does not furnish branch-wise data. 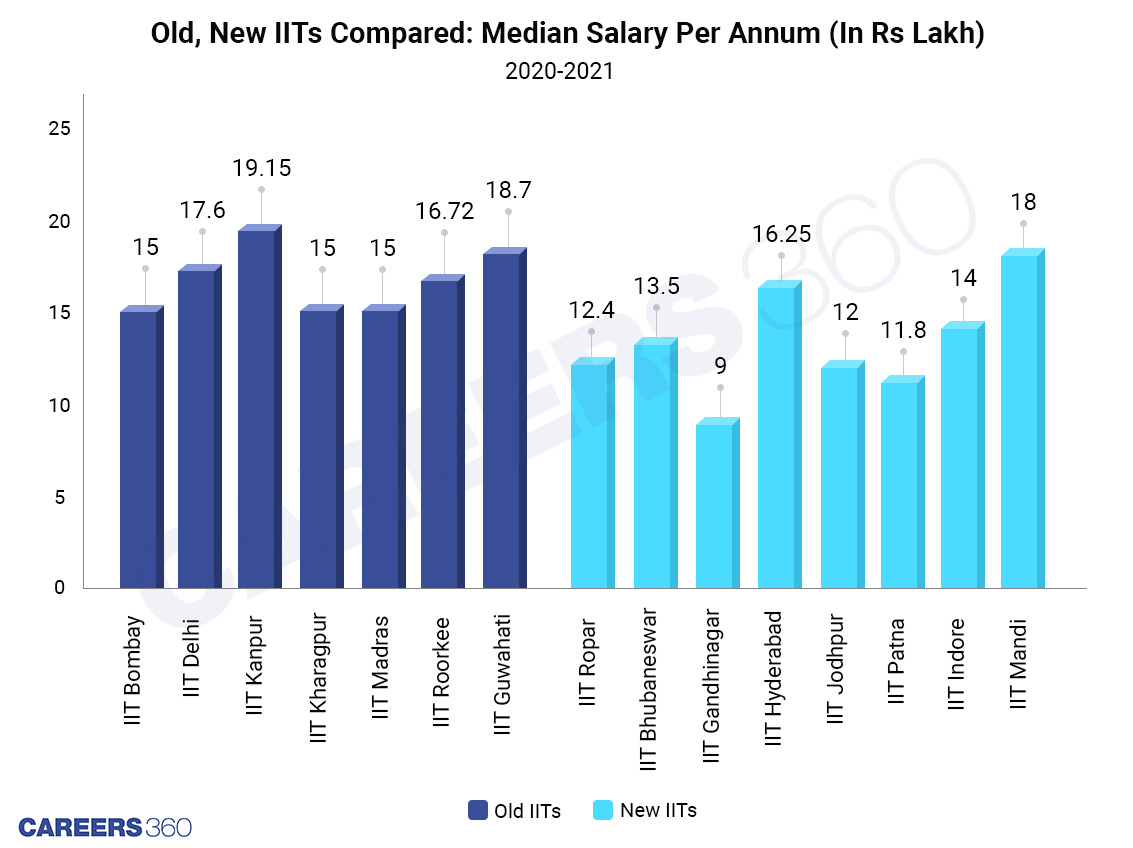 Banaras Hindu University, Varanasi and Indian School of Mines, Dhanbad are almost 100-year-old engineering colleges — older than the oldest IIT — which were converted into IITs recently, in 2012 and 2016 respectively. While they are new to the IIT system, they are not new institutions in the same way as IIT Jodhpur. Therefore, data for these two has been analysed separately. IIT Roorkee began as Roorkee College in 1847, went through several names and status changes before becoming an IIT in 2001. It has been counted among the older or first-generation IITs.

IIT-BHU Varanasi has a better placement record than even some of the top IITs. It has been able to place more than 90 per cent of its students for the last five years.

As for IIT-ISM Dhanbad, the placement percentage is more than the average of second-generation IITs as well as the first generation ones.

IIT Varanasi saw a decent increase in median salary over five years and IIT Dhanbad saw it jump by Rs 4.5 lakh in 2018-19. This was just two years after IIT Dhanbad was designated an IIT.

IIT Varanasi and Dhanbad show trends similar to that of the other newer IITs with regard to the number of students pursuing higher studies upon graduation.

The numbers of students opting for higher studies fluctuated wildly over the six years, going from close to zero percent in 2015-16 to 6.13 percent just the next year, for IIT-BHU. 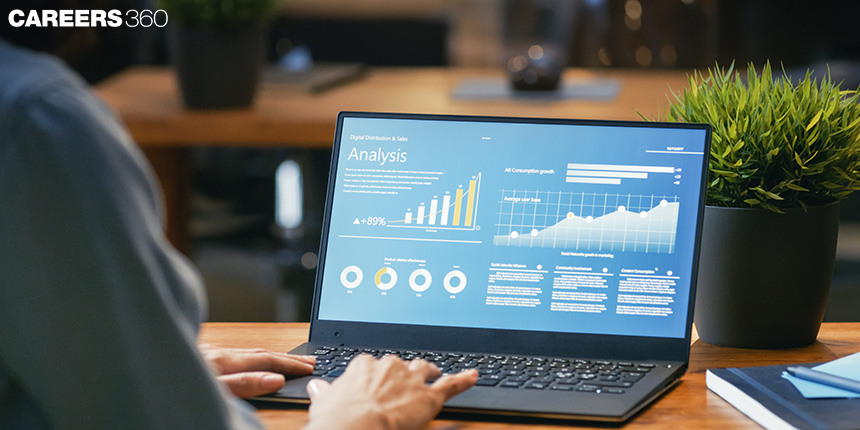