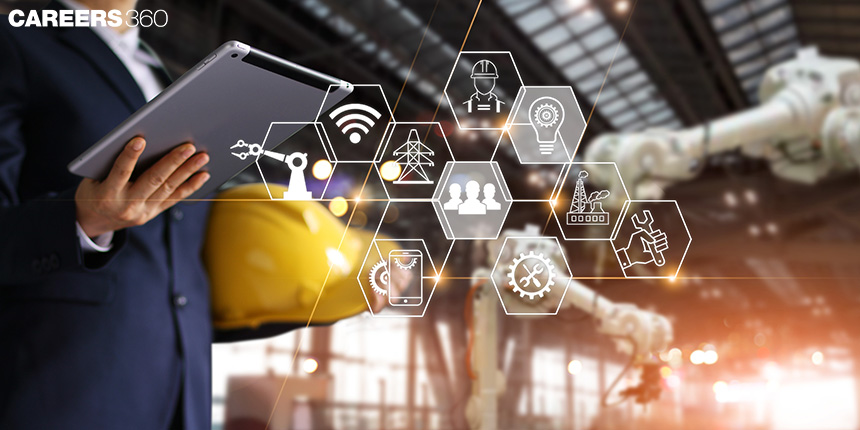 Electronics and Communication Engineering (ECE) departments of several engineering colleges rival Computer Science in placement rates and salaries. How well do BTech ECE batches of different Indian Institutes of Technology (IIT) and National Institutes of Technology (NIT) fare against each other? Careers360’s analysis of official placement data from several institutions show the placement trends for this branch in 2020-21.

Electronics and Communication Engineering (ECE) departments of several engineering colleges rival Computer Science in placement rates and salaries. How well do BTech ECE batches of different Indian Institutes of Technology (IIT) and National Institutes of Technology (NIT) fare against each other? Careers360’s analysis of official placement data from several institutions show the placement trends for this branch in 2020-21.

Along with Computer Science and Engineering, Electronics and Communication Engineering (ECE) is another popular branch among students. It too posts very high placement rates as well as salaries, only in terms of minimum salary it remains the lowest as compared to other engineering branches.

Based on data obtained through an Right To Information(RTI) application, Careers360 analysed the placement trends for this branch of engineering in 2020-21 across eight engineering colleges. All eight are among the top 25 in the country, as ranked by the National Institutional Ranking Framework (NIRF 2021). Among the remaining colleges that responded, some did not have an ECE department or did not disclose department-specific data.

The ECE branch's placement rate is quite impressive compared to the other branches of engineering. Among the eight colleges that shared placement data for the analysis, the placement percentage for ECE ranged from around 70 to 100 per cent. The highest placement took place at the IITs.

But for the below graph, IIT Kharagpur and NIT Surathkal did not share how many students enrolled for the placement process and have been removed from the list. 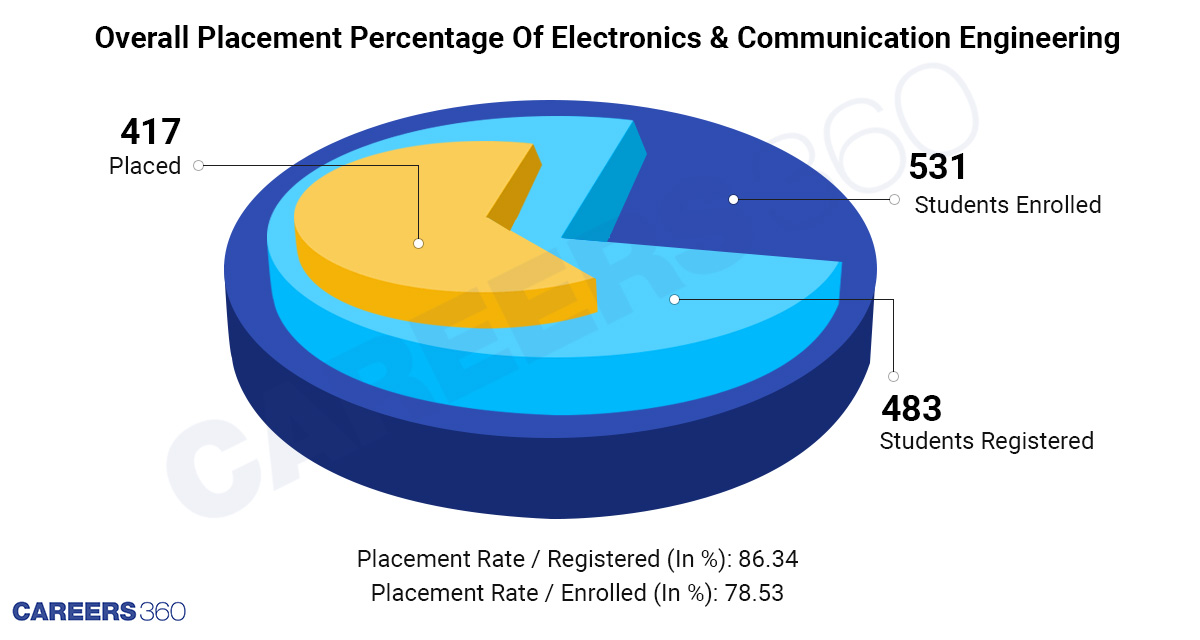 IIT Roorkee, one of the oldest engineering colleges, had a low placement rate compared to other newly-established colleges for ECE branch. But as per data shared with the NIRF, many IIT Roorkee students go for higher studies, which could be one explanation for the low placement percentage.

IIT-ISM Dhanbad, where the programme is relatively new, showed the lowest placement percentage for ECE. IIT Kharagpur remains at the top of the placement rate table just like its NIRF rank.

IIT Roorkee and IIT ISM Dhanbad had more students registered for placement than the number of students enrolled. It may be because of some lateral entry of students after the enrollment process.

BTech In ECE Placement In Numbers

Also Read | What Makes An Engineering College Your Best-Fit?

After Computer Science and Engineering, ECE is the branch most in demand. However the two are clearly not entirely on par because there is a difference of almost Rs 6,00,000 in the average salary offered to the two groups.

In 2020-21, the highest maximum salary among any of the branches of these colleges was received by the students of the ECE department of IIT Guwahati.

Also Read | Placements: What Is The Scope of Electrical Engineering Degree?

IIT Kharagpur, IIT Roorkee and Jadavpur University did not disclose their salary information.