For five years IIM Raipur had 100 per cent placement, with the highest salary package received by its students doubling in the same period. There was also a major increase in the percentage of female candidates from the previous year. Read the complete report of IIM Raipur placement.

For five years IIM Raipur had 100 per cent placement, with the highest salary package received by its students doubling in the same period. There was also a major increase in the percentage of female candidates from the previous year. Read the complete report of IIM Raipur placement.

Ever since the National Institutional Ranking Framework ranking started in 2016, IIM Raipur, established in 2010, has been among the top 25 management institutes of India and in 2021 it holds the fifteenth position.

Careers360 looked into the placement performance of IIM Raipur over the last five years. The article includes the student's educational background, gender diversity, student’s performance in campus placement, salary packages received, recruiters along with other information.

On an average, more than 75 per cent of enrolled students of IIM Raipur hold an engineering degree, followed by commerce or accounting sector students occupying 11 per cent of the seats.

In 2018 the male-female ratio of IIM Raipur students was above 2, it kept increasing till 2021 and reached 5.7. But in 2022 the female candidates increased exponentially and changed the ratio to 1.4. 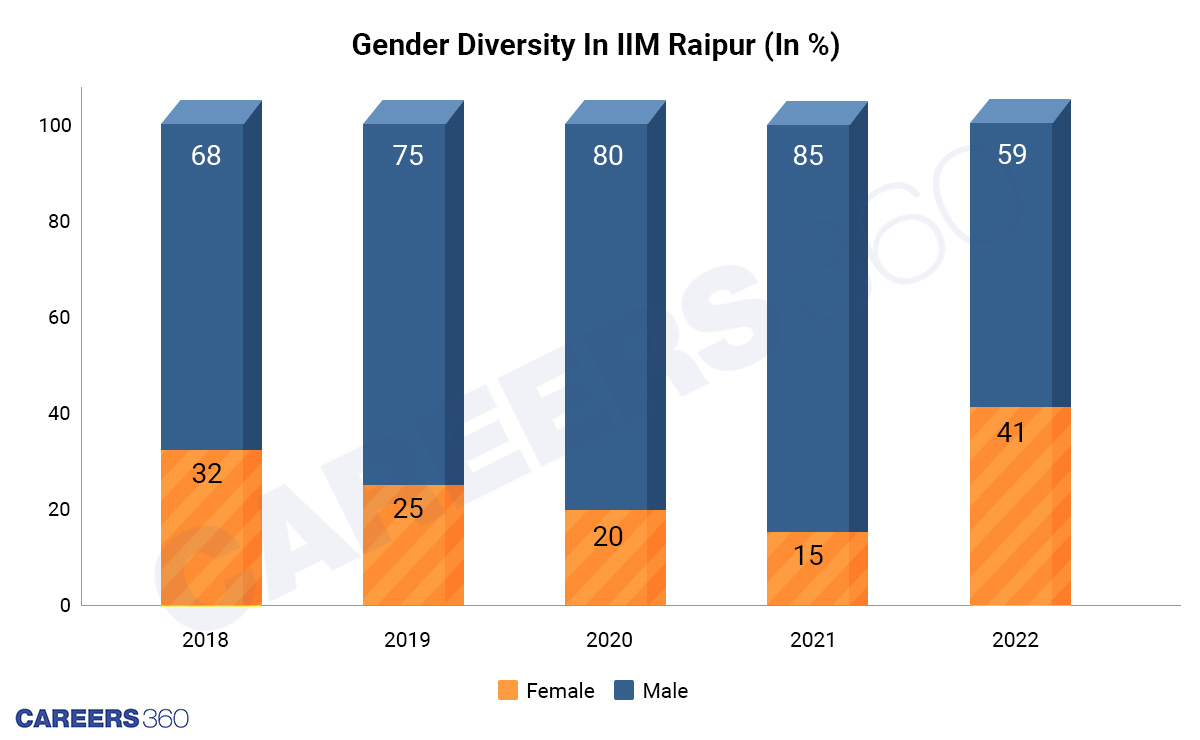 From 2019 till 2022, 100 per cent of IIM Raipur students who registered for the placement programme got a job.

In 2022, the number of offers made on campus was 275, which means many students of IIM Raipur got more than one offer from different recruiters. 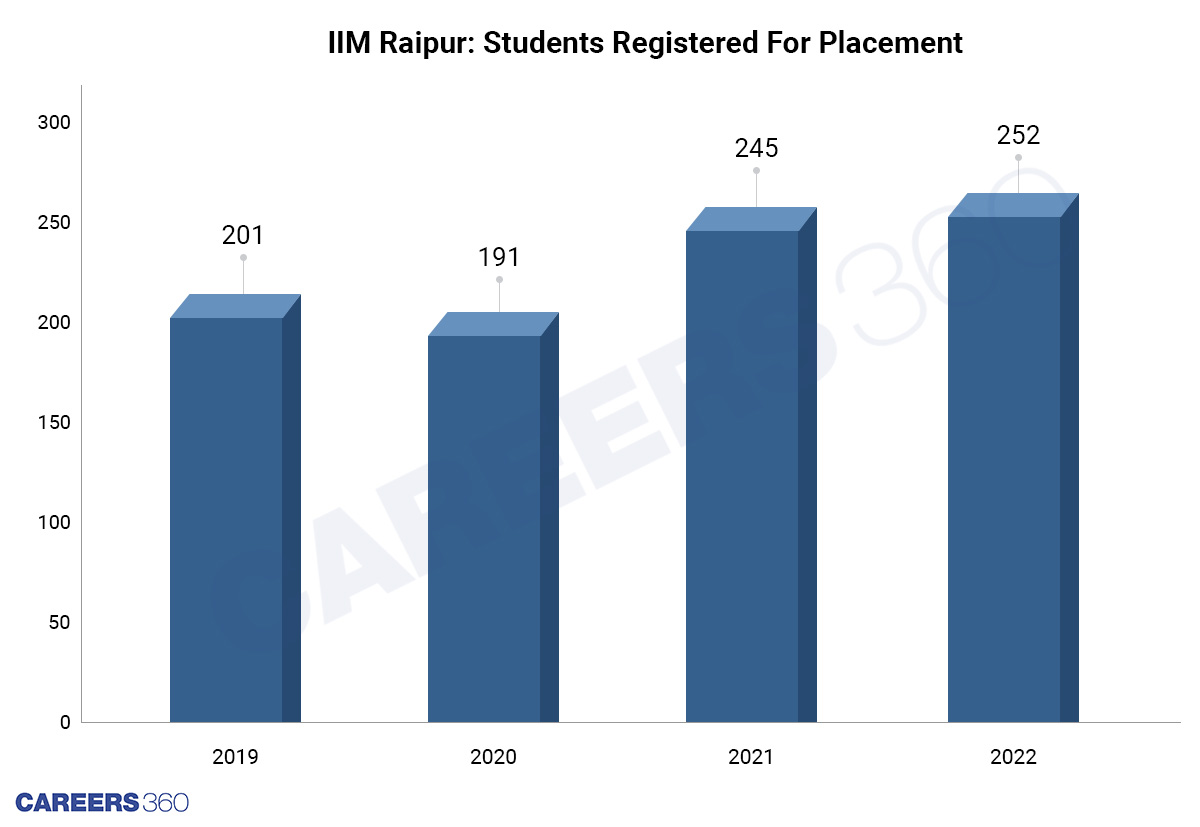 For the 2022 campus placement in IIM Raipur, half of its students received annual salary package crossing Rs 21 lakh. While the top 25 percentage of the students had a salary above Rs 24 lakh. 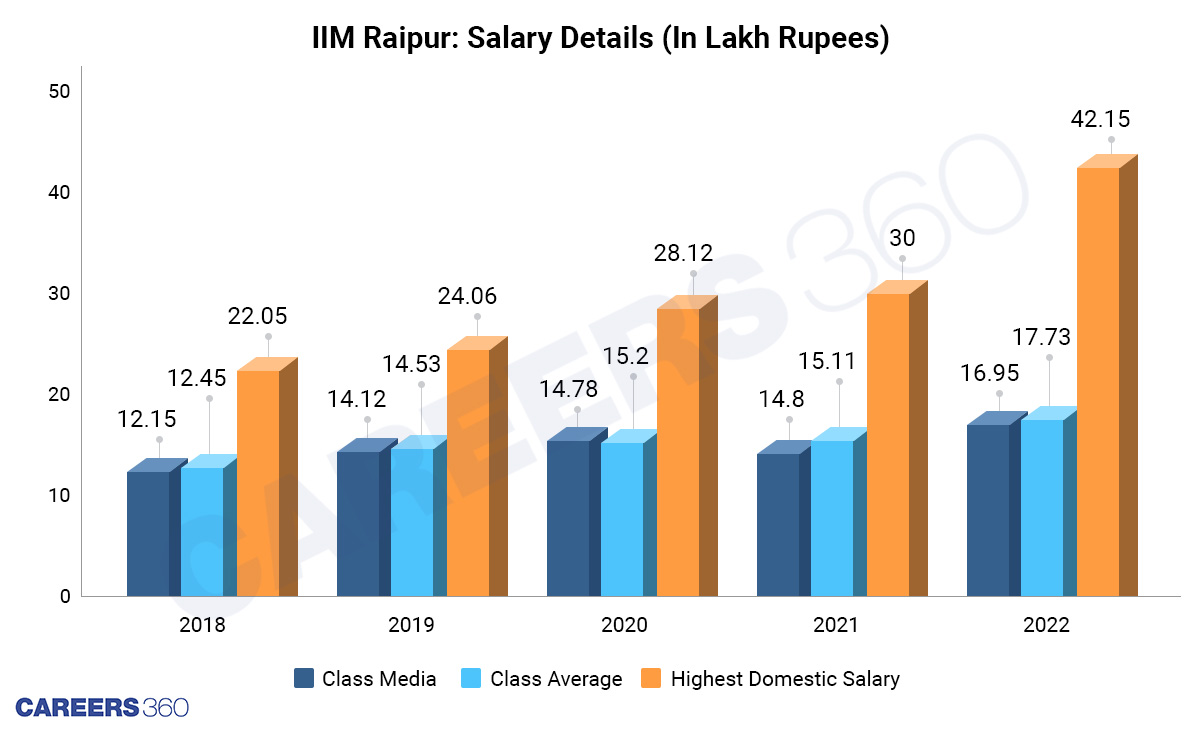 As for the highest domestic salary, it has increased more than 95 per cent in the last five years. 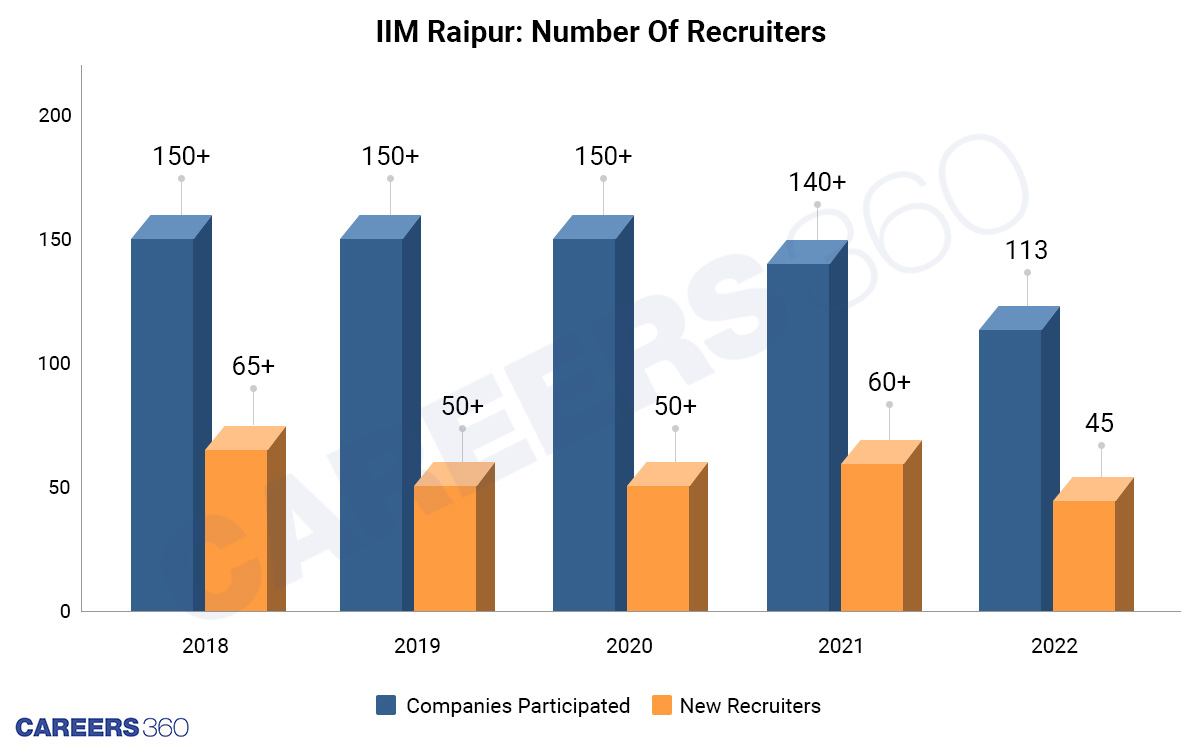 Recruiters over the years

Most of the students of IIM Raipur were placed in the sales and marketing sector in 2018 but in 2022, the percentage for analytics and consulting doubled and became the highest.

In 2022 placement of IIM Raipur, the jobs offered were from five sectors, the percentage distribution of each sector are given below. 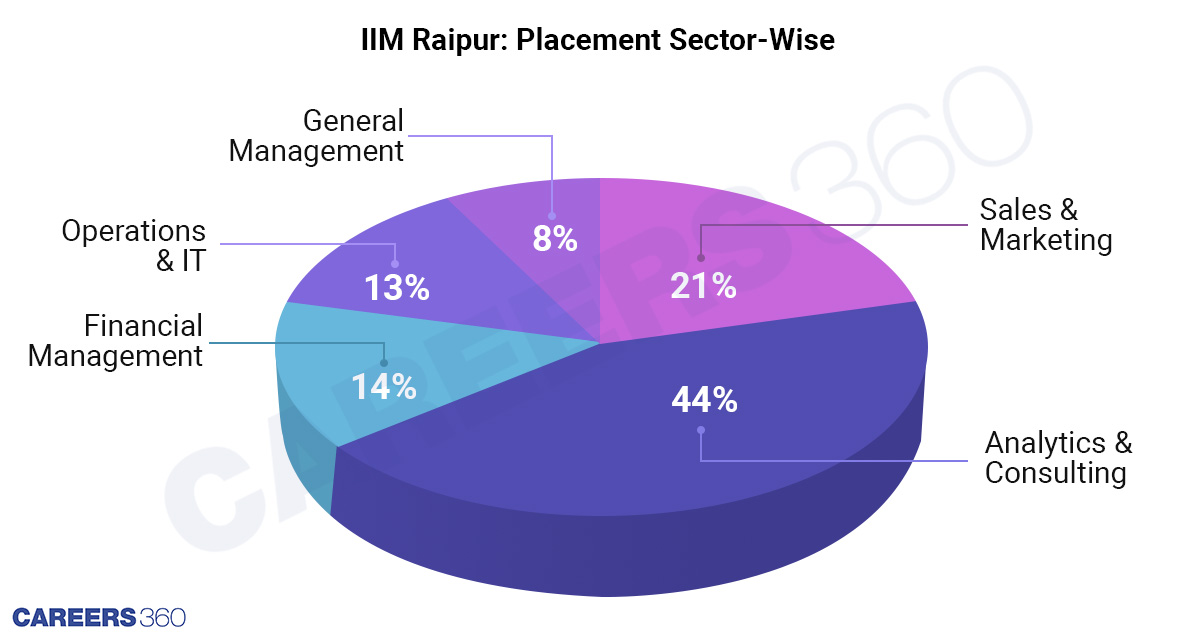 Know The Benefits Of Studying In The USA: Degrees, Funding, Opportunities, And More

Need Therapy? Here Are 5 Tips To Look For The Right Therapist