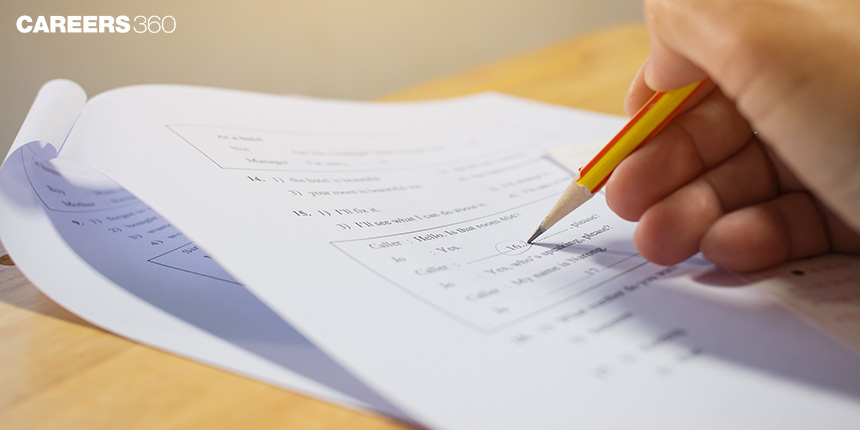 To formulate the best strategy to ace the NEET UG, it is important to analyse previous year questions. It gives you an idea of the difficulty level and also the chapter-wise weightage of topics in the NTA NEET exam paper. Here’s an analysis of the last five years of questions asked in the Chemistry section of NEET to help you find a smart preparation strategy and attain a high rank in the NEET result.

To formulate the best strategy to ace the NEET UG, it is important to analyse previous year questions. It gives you an idea of the difficulty level and also the chapter-wise weightage of topics in the NTA NEET exam paper. Here’s an analysis of the last five years of questions asked in the Chemistry section of NEET to help you find a smart preparation strategy and attain a high rank in the NEET result.

The NEET is conducted by the National Testing Agency (NTA) for admission in all medical colleges in the country. The NEET examination is intensely competitive, which is reflected in its high cut-offs. In the last five years, the NEET exam duration was three hours and the paper carried 720 marks.

To ace NEET 2022, it is important to know the exam pattern and then to formulate a suitable strategy. Many concepts are repeated every year, which a student cannot afford to lose out marks on. Hence, the importance of being familiar with NEET previous years’ questions. An analysis of the past five years’, including NEET 2021 Chemistry questions, gives you an idea of the difficulty level of the questions and the topics which are the most important from the exam perspective because questions from them keep being repeated. Many of these NEET Chemistry topics are covered in Class 11 and Class 12 Chemistry NCERT textbooks.

Here’s an analysis of the questions asked in NTA NEET Chemistry paper in the last five years, including NTA NEET 2021 paper, to help you prepare for the next exam.

A total of 230 questions came in the Chemistry section of NEET question papers over the past five years. Here’s the distribution of Chemistry questions by chapter in the NCERT Chemistry textbooks.

It is apparent from the table that the maximum number of questions are from these chapters: Some P-Block Elements, Chemical Bonding and Molecular Structure, Aldehydes, Ketones and Carboxylic Acids, and Co-ordination Compounds. These chapters account for 62 questions out of 230, which is nearly 27%.

The discipline of Chemistry is divided into three parts – Physical, Inorganic and Organic.

The tables below list the most important concepts along with a number of questions asked from each in the last five years.

Now, let us understand the concepts, one by one.

Gibbs energy is a thermodynamic concept which is used to calculate the maximum work which can be performed by a closed system.

To understand this, we define a function called Gibbs function as G= H-TS

The change in Gibbs energy for reactions under conditions of constant temperature and pressure, ∆Gsys can be written as:

∆G gives a criterion for spontaneity at constant pressure and temperature.

(iii) If ∆G is zero, the process is reversible or at equilibrium

This set of equations is important as the question might ask the spontaneity of a reaction in which the values of temperature, enthalpy change and entropy change are provided. This concept is also relevant for the chapter “Surface chemistry” in relation to the adsorption process.

The First Order Reaction is the most important topic in the chapter “Chemical Kinetics”. Every year, there is a question in the NEET exam from this chapter.

The equation, which represents first order reaction is [A]=[A]oe−kt which is helpful in solving numerical-based questions. There are questions related to half-life and assessment of the concentration of a reactant at various time periods which can be solved with the help of the above equation. Understanding the First Order Reaction also helps in understanding Radioactivity, which is a part of Chemistry as well as Class 12 Physics.

Here are the most important concepts in Inorganic Chemistry.

Molecular Orbital Theory belongs to the chapter of Chemical Bonding which deals with the structure and properties of different molecules. MOT is an important concept because there are certain characteristics of a molecule which are not explained by Valence Bond Theory (VBT) and can only be explained by MOT. According to the MOT, formation of orbitals in bonding between atoms of a molecule follows the LCAO linear combination of atomic orbitals (LCAO) method.

In LCAO method, two types of orbitals are formed:

To solve NEET questions, understanding the MOT is required which helps in calculating Bond Order, Nature of Bond, Bond Length and Magnetic nature of a molecule.

There are many questions every year on comparison between different molecules vis-a-vis these properties.

The following concepts are of utmost importance to solve most questions related to this topic.

Boron belongs to the Group 13, also known as Boron Family, in the modern periodic table of elements. The chemical and physical properties of group 13 elements follow a trend but Boron shows properties which are in contrast to other elements in the family due to its small size and absence of d-orbitals in its valence shell.

Let us discuss the anomalous properties of the Boron.

Questions from this concept in NEET are factual in nature. Typically, candidates are asked for reasons for such anomalous behaviour.

Group 16 elements generally known as chalcogens or Oxygen Family includes Oxygen, Sulphur, Selenium, Tellurium and Polonium. Chemical property refers to the property shown by an element in a chemical reaction which is driven by properties like variable oxidation state and trends in chemical reactivity.

Let us discuss some examples displaying the chemical properties of Group 16 elements.

Questions from exceptions are asked directly.

Magnetic Moment (On The Basis Of VBT)

Calculation of Magnetic Moment in a coordination compound is a very important concept as questions from this topic are asked every year.

VBT assumes that the Metal-Ligand bond is formed by donating an electron pair to the metal atom forming a Coordinate bond. Ligands are classified into strong ligands like CN-, CO, and weak ligands like F-,Cl- and others.

Magnetic moment can be calculated using the number of unpaired electrons in the central metal orbitals. For example, in case of [NiCl4]2- ion, the oxidation state of Ni is +2 having valence shell electronic configuration as 3d8.

As mentioned above, Cl- is a weak ligand and so, no pairing will take place in 3d orbitals of Ni. Vacant 4s and 4p orbitals combine to give sp3 hybridised orbital complexes with tetrahedral geometry. Given below is the depiction of how bonding takes place in the orbital. In NEET examination, finding of Hybridisation, number of unpaired electrons and more are asked.

Metal carbonyls are also known as Organometallic Compounds in which the Carbonyl group acts as ligand, donating a lone pair of electrons to the Central Metal in the Complex. Such Compounds are formed by many transition metal elements. In a Metal Carbonyl bond, both sigma and pi bond characters are present. Unconventional behaviour is shown by the metal carbonyl bond in which bonding is two-sided, involving the donation of an electron pair of the carbonyl molecule to the vacant orbital of the metal and simultaneously donating a pair of electrons from the full d-orbital of metal to the vacant antibonding π* orbital of carbonyl ligand. Here, a metal-carbon π bond is formed which is also known as Synergic bonding. 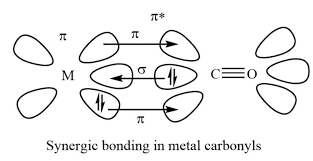 The shape of molecules is predicted by the Valence Shell Electron Pair Repulsion (VSEPR) theory explained in the chapter on Chemical Bonding. The VSEPR theory considers the orientation of a lone pair of electrons and a bond pair in a molecule. There are various postulates of the VSEPR theory which guide the prediction of the shapes of different molecules.

Generally, the Steric number is used to predict the shape of a molecule which goes like this:

The shape of the molecule, when asked in NTA NEET, can be predicted by VSEPR number. Questions from this concept are usually easy.

There is only one topic that has furnished most questions over the past five years. It is discussed below.

Compounds in which the Carbon of the carbonyl group is attached to at least one Hydrogen atom is known as aldehydes. Aldehydes are prepared by various methods, a few of which are listed below.

Students must have these reactions at their fingertips in order to solve questions from this topic in the examination.

Solve more questions from the important topics listed here, do your own analysis and also formulate your own NEET preparation strategy based on where you are weak or strong. Previous year’s questions can help you be better prepared for NEET 2022.

What Is The Scope Of Statistics In Our Daily Lives? 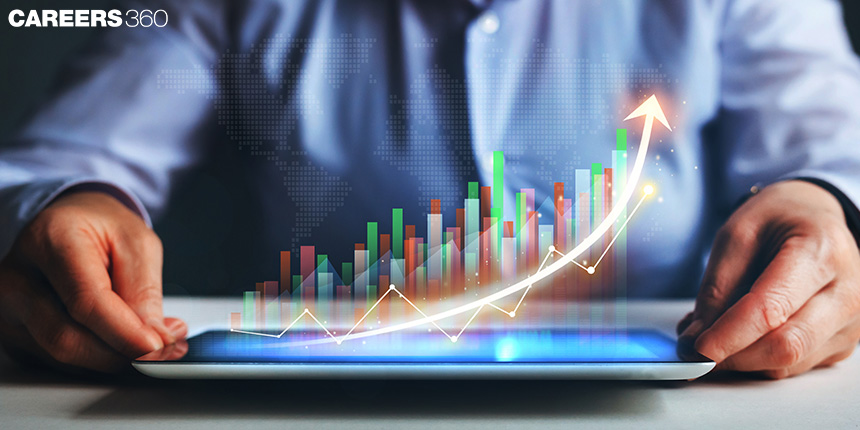 Mathematics plays an important role in our lives, especially statistics. Statistics is a branch of mathematics that deals with collection, interpretation, analysis, and representation of data. This article will help you understand what the applications of statistics are, as well as solutions to some previous year questions of JEE mains on this topic.

Placement Report On Gujarat’s Management Colleges Other Than IIMs

Know These 10 Things If You Want To Become A Writer

Alkali Metals: Their Uses in Industries