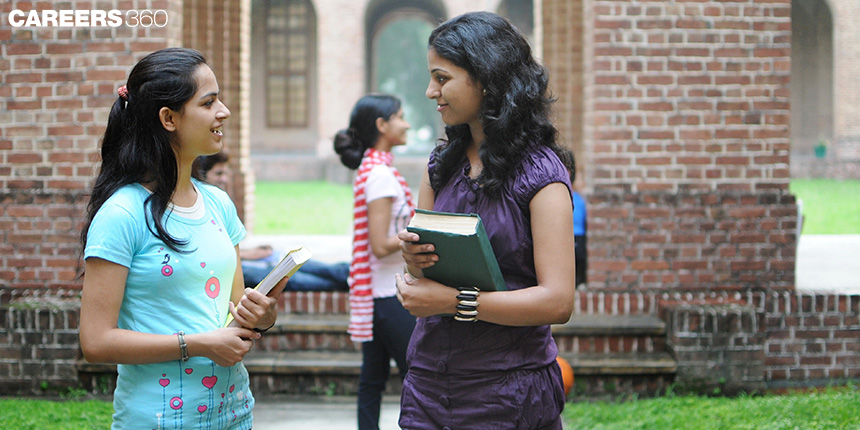 Six states and union territories of India with the maximum number of management colleges ranked in the NIRF 2022 include Delhi, at fourth position with seven colleges. These colleges from Delhi’s excluding IITs, together placed 96 per cent of its graduates, the highest among the six states/union territories.

Six states and union territories of India with the maximum number of management colleges ranked in the NIRF 2022 include Delhi, at fourth position with seven colleges. These colleges from Delhi’s excluding IITs, together placed 96 per cent of its graduates, the highest among the six states/union territories.

Management institutes other than Indian Institute of Technology (IIT) in Delhi together placed 96 per cent of their postgraduate students of the 2019 - 2021 batch. Among the six states with the highest number of non-Indian Institute of Management (IIM)/IIT management colleges- Delhi, Uttar Pradesh, Tamil Nadu, Karnataka, Maharashtra and Gujarat- Delhi had the highest percentage of placement.

National Institutional Ranking Framework (NIRF) 2022, ranked 100 management institutes out of which seven institutes, other than IIT, were from Delhi. Uttar Pradesh, with 10 institutes, had the highest number of such institutes.

Careers360 analysed non-IIM and non-IIT management colleges from six states and union territories and this article analyses the data of colleges from Delhi. The article informs about the female participation, placement, salary, geographical diversity of students among the ranked colleges of Delhi.

The top management colleges of Delhi, which are compared in the article, with their NIRF ranks are given below.

Among all the colleges of the six states, Jamia Millia Islamia of Delhi had the highest percentage of female candidates. 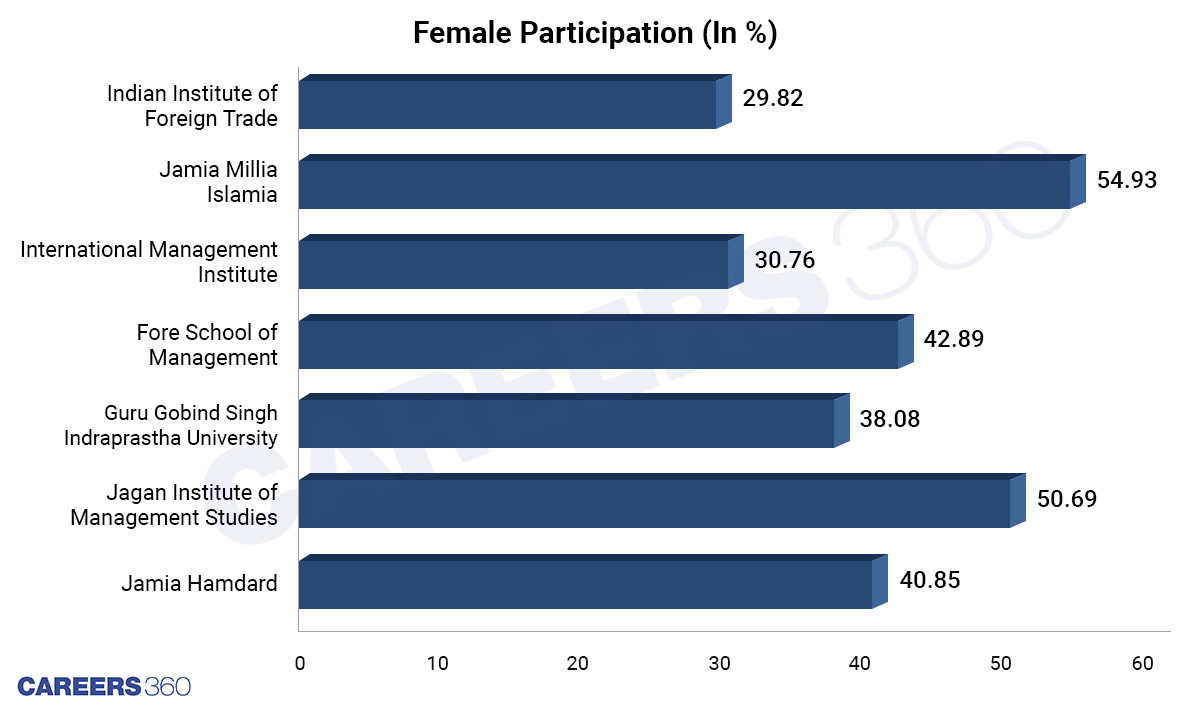 The Percentage Of Female Candidates

Also Read | Placement, Salary and Additional Details Of Non IIM Colleges In UP

The students of these colleges of Delhi, either belonged from Delhi (local), or other states/union territories (national) of India and some were foreign students (international) from outside India.

Data on local, national and international students (In %)

Also Read | 8 Careers In Sales For The Sales Enthusiast

Just 14 students, which makes less than 0.8 per cent of the total graduates of these colleges together, opted for further studies after completion of their MBA degree.

Except for Guru Gobind Singh Indraprastha University, all other colleges of Delhi had about and above 98 per cent graduate from their enrolled students of the 2019-2021 batch.

Also Read | Top Management Colleges Other Than IIMs In Tamil Nadu: Placement, Salary and Others

Among the six states, Delhi had the highest number of colleges with a 100 per cent placement record. With 96 per cent bringing Delhi to the top of the list of six states, with ranked non-IIM/IIT colleges, in terms of placement. 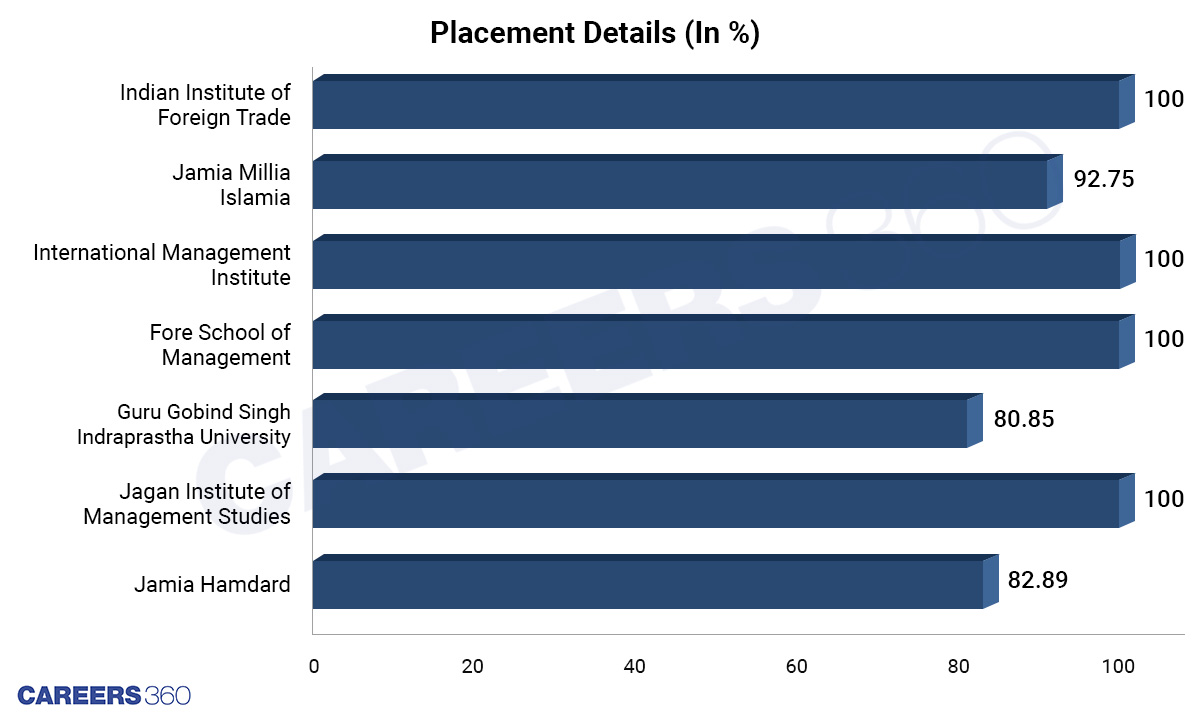 The Percentage Of Placed Candidates

The median salary among the non-IIM/IIT management colleges of the six states compared, varied widely from 3.2 lakhs per annum to 25.8 lakhs per annum. 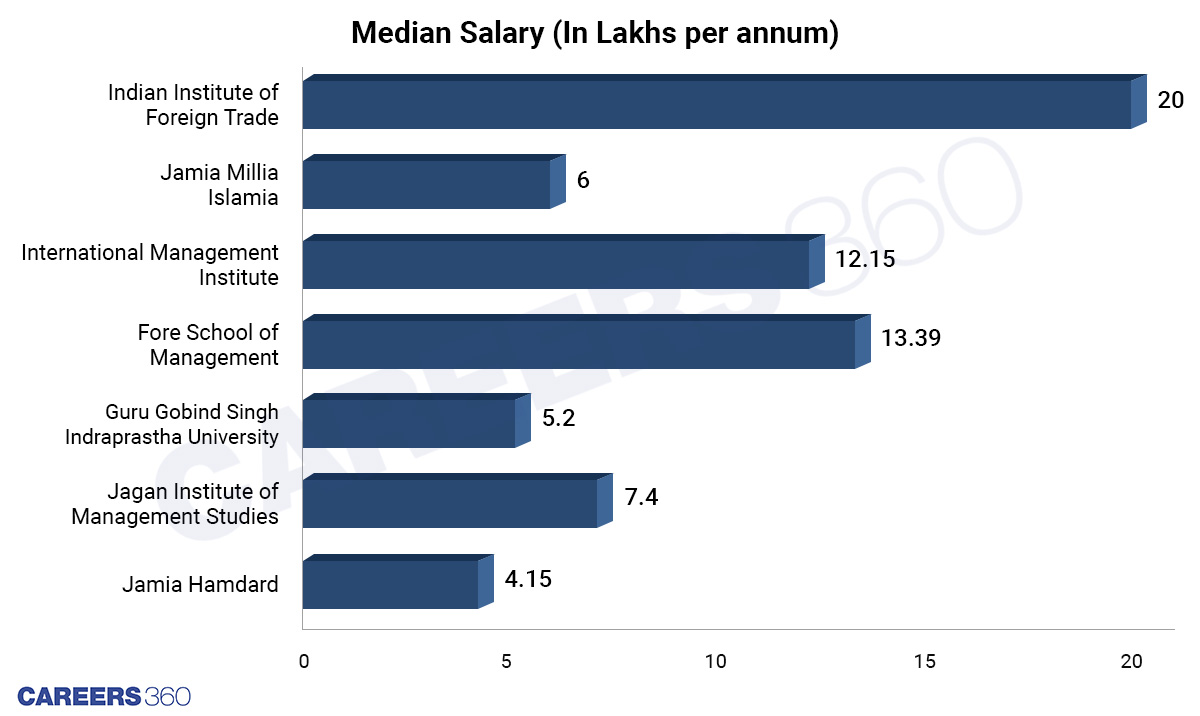 Also Read | Nearly 100% Placements At New IIMs, But Average Salaries Much Lower Than The Older Ones