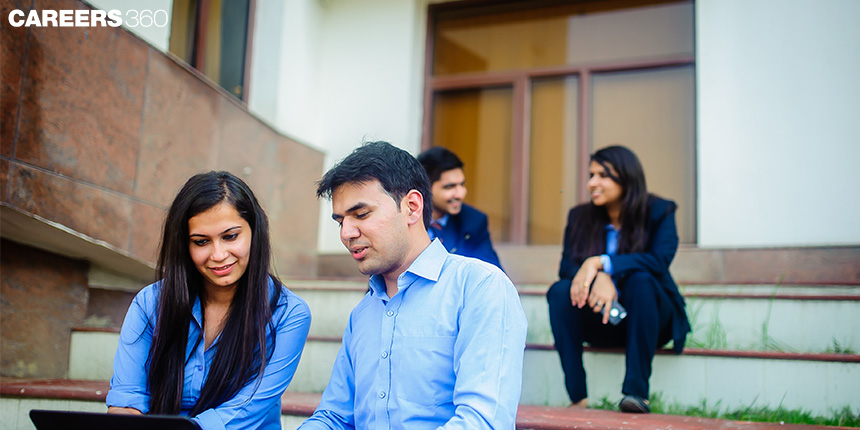 Gujarat shared the fifth position with Karnataka across the country in terms of the highest number of management institutes other than Indian Institute of Management (IIMs).  Almost all the students who were admitted to these colleges successfully graduated. Out of those, 92.74 per cent got placed and two per cent went for higher education.

Gujarat shared the fifth position with Karnataka across the country in terms of the highest number of management institutes other than Indian Institute of Management (IIMs).  Almost all the students who were admitted to these colleges successfully graduated. Out of those, 92.74 per cent got placed and two per cent went for higher education.

Among the top six states with the highest number of management colleges other than Indian Institute of Management (IIMs), Gujarat with five colleges under its roof had the maximum percentage of graduates. Tamil Nadu, Uttar Pradesh, Maharashtra, and Delhi had more such colleges than Gujarat, while Karnataka shared the same number.

Through this article, Careers360 tried to analyse the situation related to the female participation, placement, salary, and geographical diversity of students among the ranked colleges of Gujarat.

The top management colleges of Gujarat, which are compared in the article, with their NIRF ranks are given below.

MICA, Ahmedabad had the third-highest number of female participants across the colleges of the six states.

Maximum students of Gujarat University, Ahmedabad and Pandit Deendayal Energy University, Gandhinagar were from Gujarat domicile. While these colleges were ranked the lowest, yet they were the only college with foreign students in the 2019-21 batch.

Data on local, national, and international students (In %)

Also Read | Placement, Salary and Additional Details Of Non IIM Colleges In UP

The below table indicates the details about the exact numbers of enrolled students, graduating students, students placed and the ones who opted for higher studies in the 2019-2021 academic session.

Just 21 students, which together make about two per cent of the total graduates of these colleges opted for further studies after completing their MBA degree.

Also Read | Top Management Colleges Other Than IIMs In Tamil Nadu: Placement, Salary and Others

Overall about 92.74 per cent of the total graduates of these management institutes, got a job and about two per cent went for further studies. While no information was provided for the remaining 5 per cent which is about 53 students.

All the institutes have increased their median salary over the last three years, except for Institute of Rural Management, Anand. It is the only institute whose median salary has decreased by 1.37 lakh in three years.

Also Read | Nearly 100% Placements At New IIMs, But Average Salaries Much Lower Than The Older Ones

Karnataka and Gujarat had the same number of non-IIM management colleges, but in terms of placement the difference in percentage was huge (17.4 per cent). As to percentage of graduates, Gujarat topped the list among the six states while Karnataka stood at the bottom.