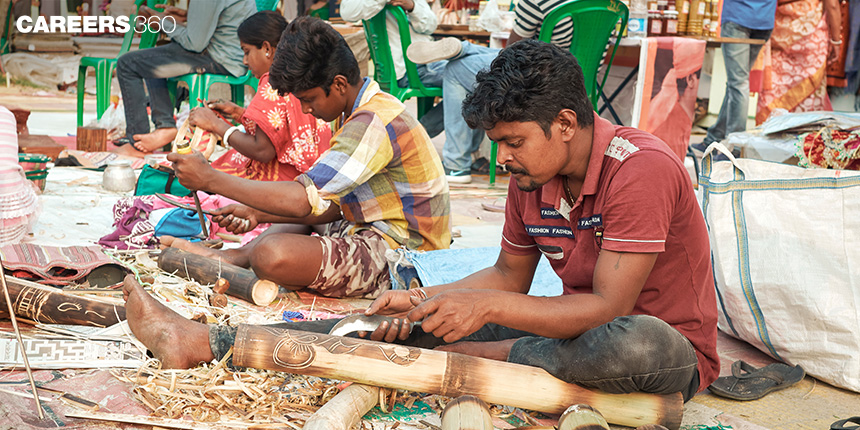 For the industry relevant government certified Pradhan Mantri Kaushal Vikas Yojana (PMKVY) skill based certification, a total of 7,94,911 candidates were enrolled over the nation while only 13.76 per cent of them were from the southern states, which was the lowest after the Union Territories. For logistical reasons and ease of analysis, we have categorised Andhra Pradesh, Kerala, Tamil Nadu, Telangana and Goa as the southern zone.

PMKVY has had multiple versions till date. Version 1.0 was held in 2015-16, Version 2.0 between 2016-2020 and Version 3.0 in 2020-21. In all the parameters such as enrollment, certified and placed candidates, PMKVY 2.0 saw the highest number of candidates as the duration was of four years, while the other versions were of only one year.

Careers360 brings together the number of enrolled, certified and placed candidates in the three versions of PMKVY till date. The data available is from 2021 so a few candidates, about 1.3 per cent of the total enrolled, were still undergoing training for the 2020-21 session. For logistical reasons, we divided the analysis into central, east, north, south and west zones, and Union Territories separately

In terms of enrollment, except for Tamil Nadu, no other states in this zone ranked among the top 15 states of India. 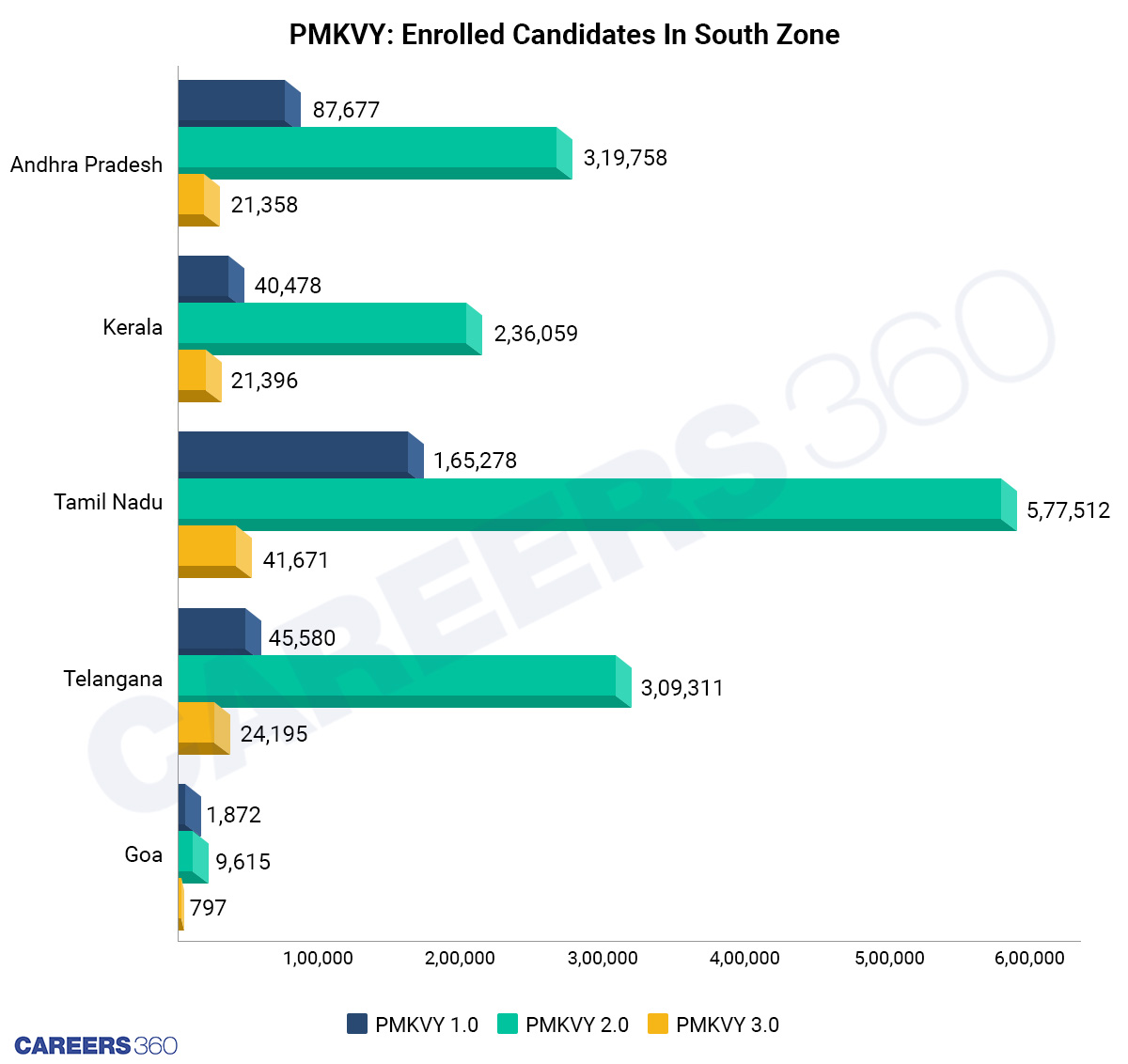 Out of the 10,093 candidates who were undergoing training at that time, 527 were from the south states. With 207 candidates training, Kerala has the highest number.

The below graph shows the percentage of candidates from the southern states undergoing training out of the total candidates across India. 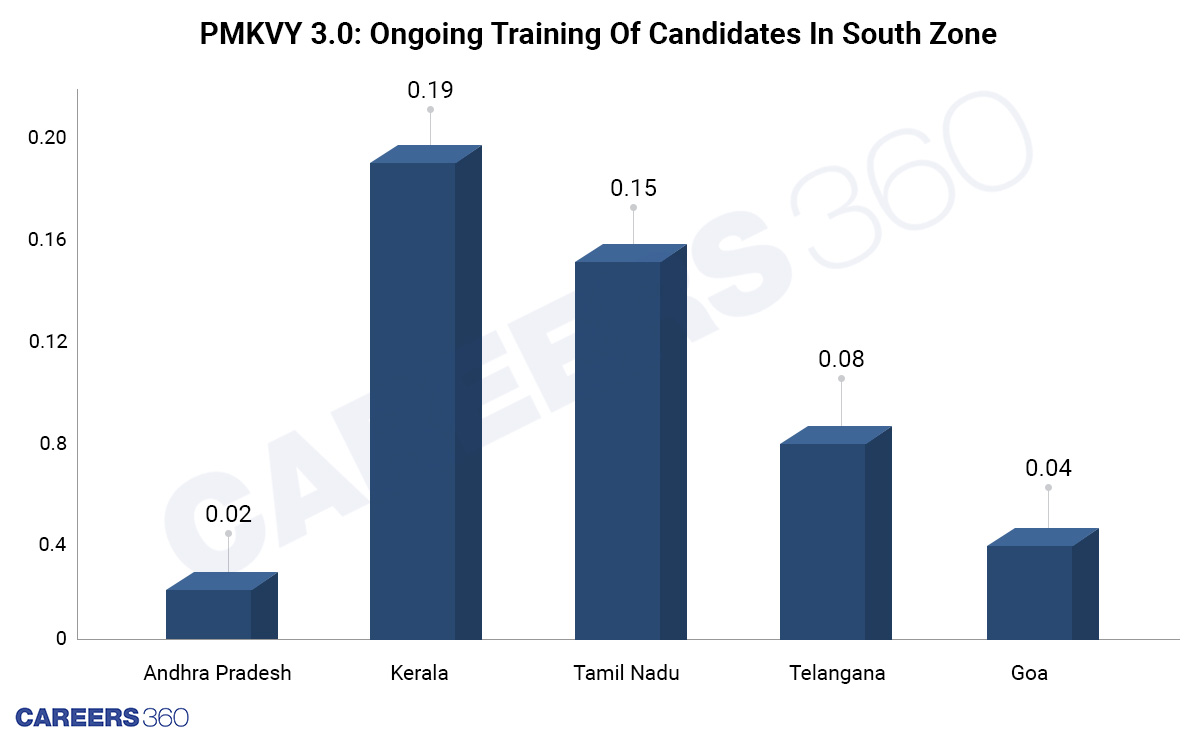 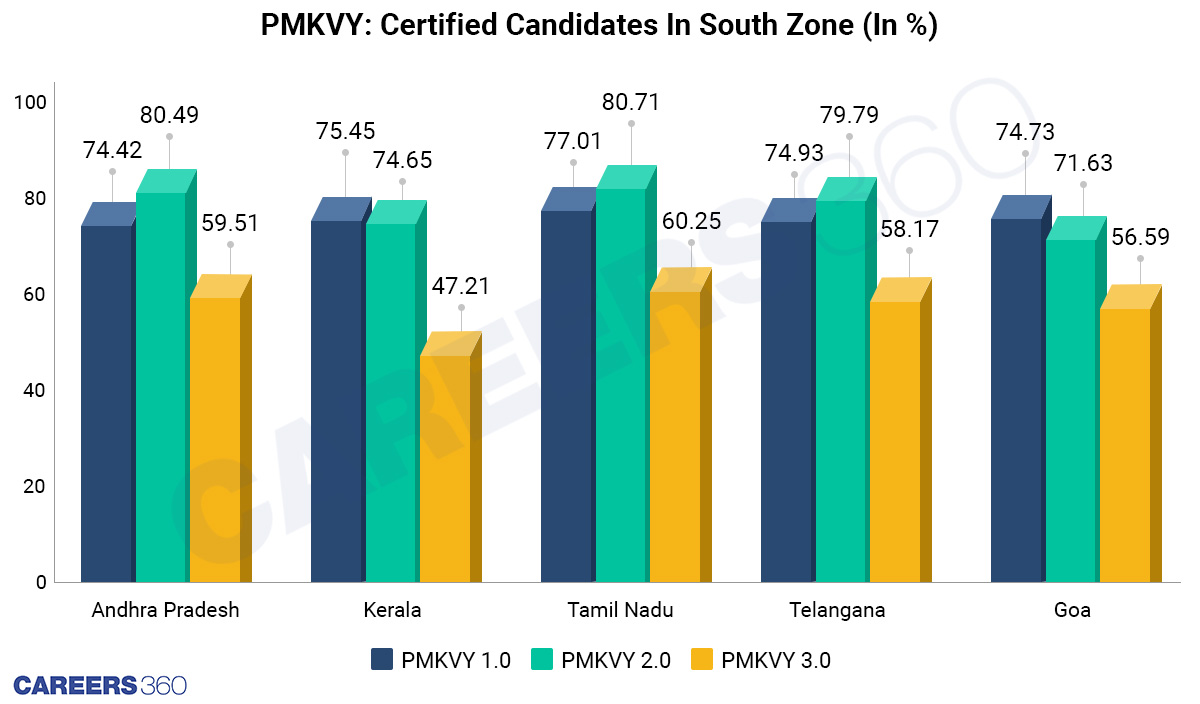 PMKVY: Number Of Certified Candidates (In %)

On an average 4.59 percent of candidates were successfully placed who enrolled in the training programme. But the data given for placement is from the training partners and so seems incomplete.

As for the south zone, it had the highest placement percentages, i.e 6.73 per cent in 2020-21, while the west zone had the lowest, 1.95 per cent. For the remaining zones and the Union Territories, the same value ranged from four to five per cent. 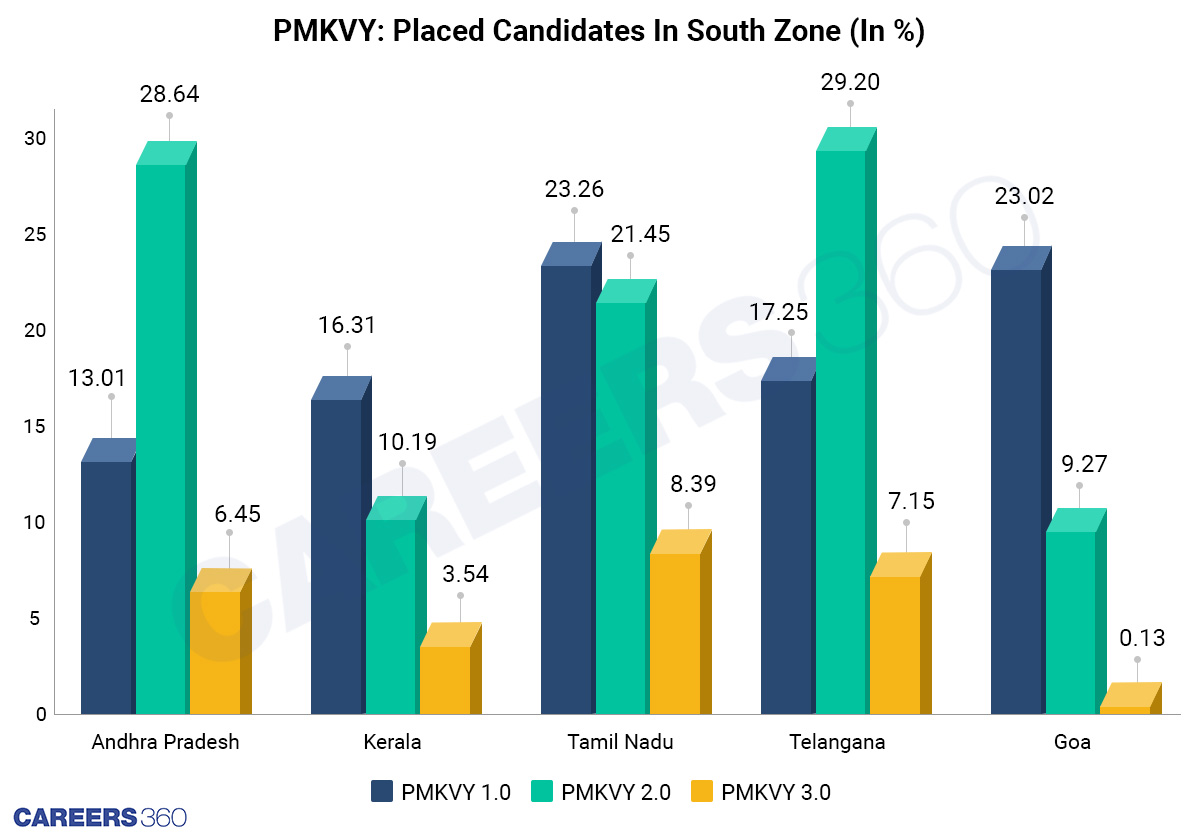 PMKVY: Number Of Placed Candidates (In %)

In PMKVY 3.0, Tamil Nadu was the only state from the south zone who was in the top five states of India with the maximum percentage of certified candidates as well as the placed.

What Is Hooke's Law for Stress and Strain 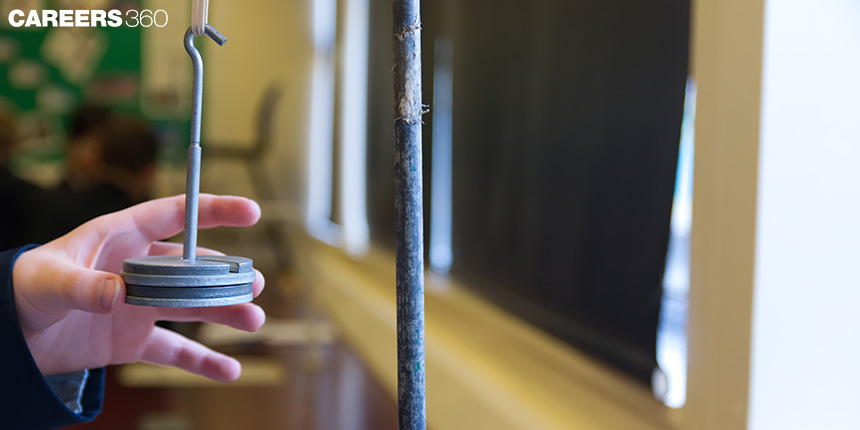 Do Ground Research With These 9 Tips Before Choosing A Career

What Is Your Love Language? Read Here To Know