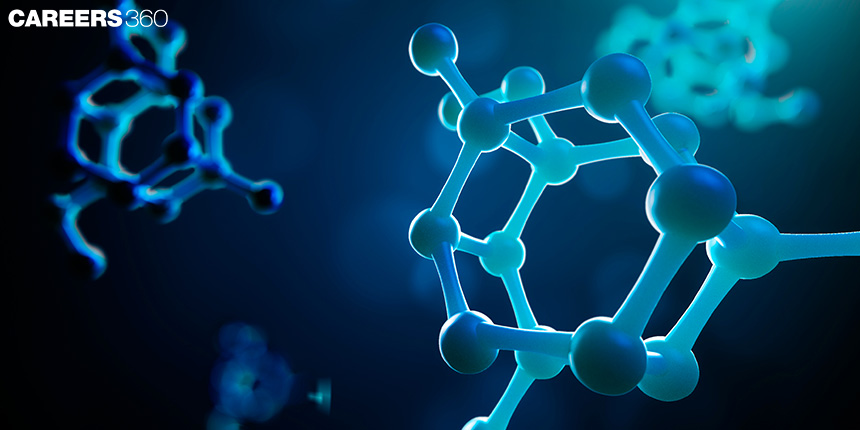 Polymer refers to the aggregation of many subunits to form a molecule with desired physical and chemical properties. Polymers are very large molecules, called macromolecules which are formed by aggregation of many small molecules known as monomers. Presence of polymers can be found all around us. Polymers are natural as well as synthetic in nature. Natural polymers can be found in a DNA strand and polypropylene is a common example of the synthetic polymers.

Polymers are formed by the process of polymerisation in which the monomers join together to form polymeric chains which can be 2-Dimensional or 3-Dimensional structures.

Various polymers and their properties have been discussed in Chapter 15 of Class 12 NCERT, Chemistry book. Every year at least one question from polymers is asked in the board exam and it is important for competitive exams like JEE-Mains and NEET where questions based on monomers and their applications are asked.

In this article we will discuss more about the polymers and their applications in daily life.

Polymers have complex structures and properties, hence their classification becomes important. They can be classified on the basis of multiple factors which are as follows

Based on Source of Availability

On the basis of Source of Availability, polymers are classified as:

Based on Structure of Monomer Chain

Polymers are also classified on the basis of the Structure of the Monomer Chain.

Linear Polymers: Linear polymers are structures having long and straight chains without any branches. PVC i.e Polyvinyl Chloride is one such example in which large straight chains are bound together and used to make pipes and other materials.

Branched-chain Polymers: Branched Chain Polymers are those which have branches associated with the linear chains in their structure. Most common example of branched chain polymer is low-density polythene which has Cross-linked chains. Low density is caused due to free spacing between the chains which is formed by the cross links.

Based on Method of Polymerisation

On the basis of polymerisation method, Two types of Polymers are found which are:

Addition Polymerisation: Polymerisation in which two or more than two molecules react together to form the polymer chain without loss of any byproduct. Most common types of addition polymers are Polyethene and Polyvinyl chloride (PVC).

Condensation Polymerisation: Polymerisation process in which a byproduct is formed while chemical reaction takes place. For example Nylon -6, 6, perylene.

Based on the Molecular Forces between chains

Elastomers: Elastomers are the polymers in which elastic force of Interaction is present between the monomeric chains. Most common type of elastomer is rubber.

Thermoplastics: Thermoplastics are the polymers in which the force of interaction is intermediate in nature. PVC is an example of thermodynamics. Thermoplastics have low tensile strength and low melting point.

Apart from the above classification of the polymers, another important classification is on the basis of biodegradability of polymers which is discussed below.

Also, Read| What Is The Science Behind Lightning?

Polymers are used heavily in our daily lives. Natural as well as synthetic fibers are present all around us which makes our life easier. Let us discuss some of the most prominent polymers and their applications in various fields with the help of the below table.

Table: Polymers and their applications

We have tried to give brief information on polymers and their types and uses in multiple field. With the emergence of technologies, new molding machines, Polymers become widely used raw material for the manufacturing of plastic objects.

Also Read| What Is The Science Behind A Thunderstorm?