The top engineering colleges in Karnataka collectively placed 66 percent of BTech graduates of those who were enrolled from 2016 to 2020, analysis of the latest publicly available data shows.

Data on intake – or the total number of seats – actual enrollment, graduating batch and the placement, shared with NIRF for the purpose of ranking, were compared. Two out of the 10, Visvesvaraya Technological University Belagavi and International Institute of Information Technology (IIIT) Bangalore, were excluded because they do not offer the standard four-year undergraduate programme or offer an integrated course combining UG and PG studies in the NIRF engineering records.

The following were judged to be the best engineering colleges in Karnataka.

The top eight colleges considered together saw 86 percent of the enrolled students graduate in 2020. Of them 66 percent were placed in jobs. In this, Karnataka was ahead of Andhra Pradesh by 14 percentage points despite having comparable numbers of students graduating. 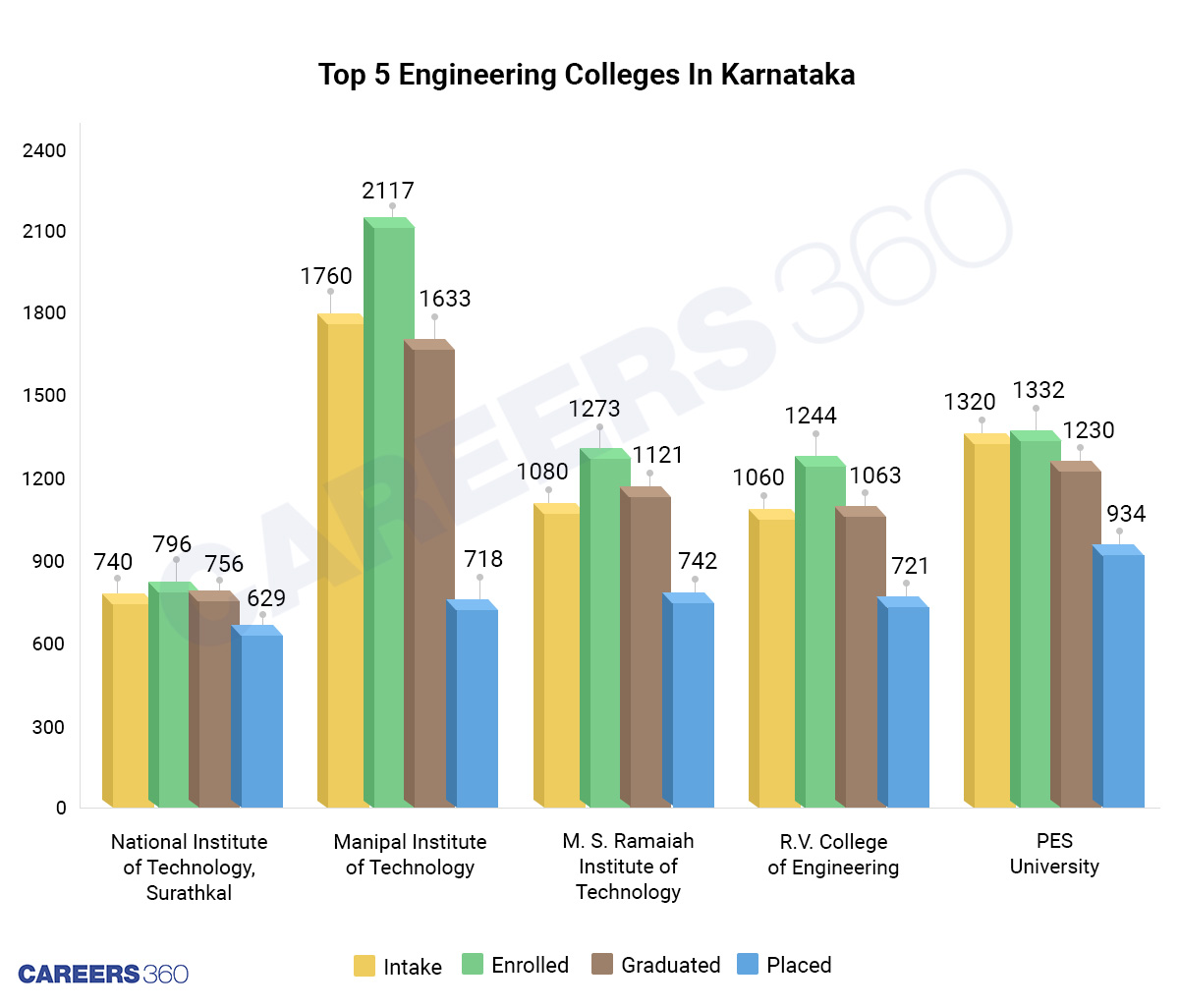 The top six colleges in AP could place just over half their students in 2020. In terms of placement rate, Karnataka matched Tamil Nadu but the top 10 colleges in TN taught and placed many more students in absolute numbers.

The low placement rate even at top engineering colleges could be due to COVID-19, at least in part. The latest NIRF report is based on data from 2020 when the pandemic first spread through the subcontinent. The measures taken to control the spread, including months-long lockdown, impacted industry and, in turn, placements.

The table below shows the absolute numbers on intake, enrollment, graduation and placement for each of the top colleges.

In many cases, the enrollment is higher than intake. The reason for this is the provision of lateral entry into colleges. In the case of Karnataka, the difference between intake and enrollment was about 15 percent with 115 students enrolled against every intake capacity of 100.

Admission to top engineering colleges in Karnataka is through three channels. For central institutions like NIT Surathkal, admission is through the Joint Entrance Examination (JEE) Main, conducted by the central National Testing Agency.

Some private colleges admit through a common entrance test, COMEDK-UGET, conducted by the Consortium of Medical, Engineering and Dental Colleges of Karnataka. However, most will accept scores also of the Karnataka Common Entrance Test or KCET, conducted by the government’s Karnataka Examination Authority