Points To Look At While Choosing A Top Medical College

As you prepare for NEET 2022, what factors do you think will help you choose your dream medical college? Is it the placement, or the national rank or the per cent of graduates? Find out how the top colleges featured in each factor among the top 45 colleges of India.

As you prepare for NEET 2022, what factors do you think will help you choose your dream medical college? Is it the placement, or the national rank or the per cent of graduates? Find out how the top colleges featured in each factor among the top 45 colleges of India.

Careers360 conducted a thorough analysis of the colleges offering undergraduate programmes under different parameters as mentioned in the NIRF report.

Among the 50 medical colleges that were ranked by NIRF, five colleges offer only postgraduate programmes and hence have been left out of this report. These five colleges are:

The number of participating medical colleges for the NIRF 2021 were 111, out of which the top 50 were ranked. In 2020, 118 medical institutes participated, out of these only 40 ranked colleges. 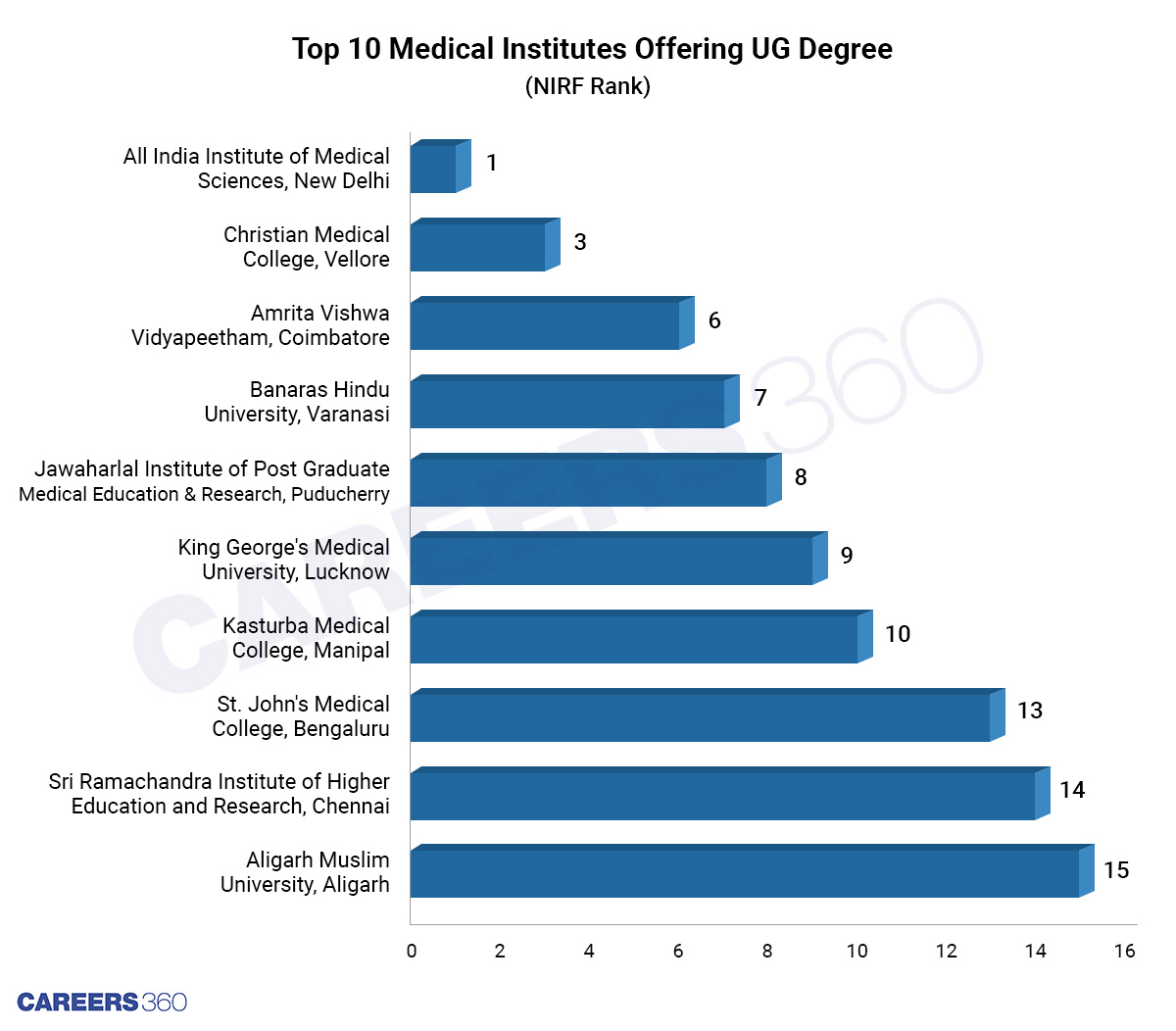 Overall 87.6 per cent of the students graduated in the minimum stipulated time, that is five years, among the 45 compared colleges.

Institutions like Christian Medical College, Vellore; Jamia Hamdard, New Delhi; Aligarh Muslim University, Aligarh and Government Medical College and Hospital, Chandigarh saw 100 per cent of their students graduate within the stipulated duration of five years. We now look at the next 10 colleges. 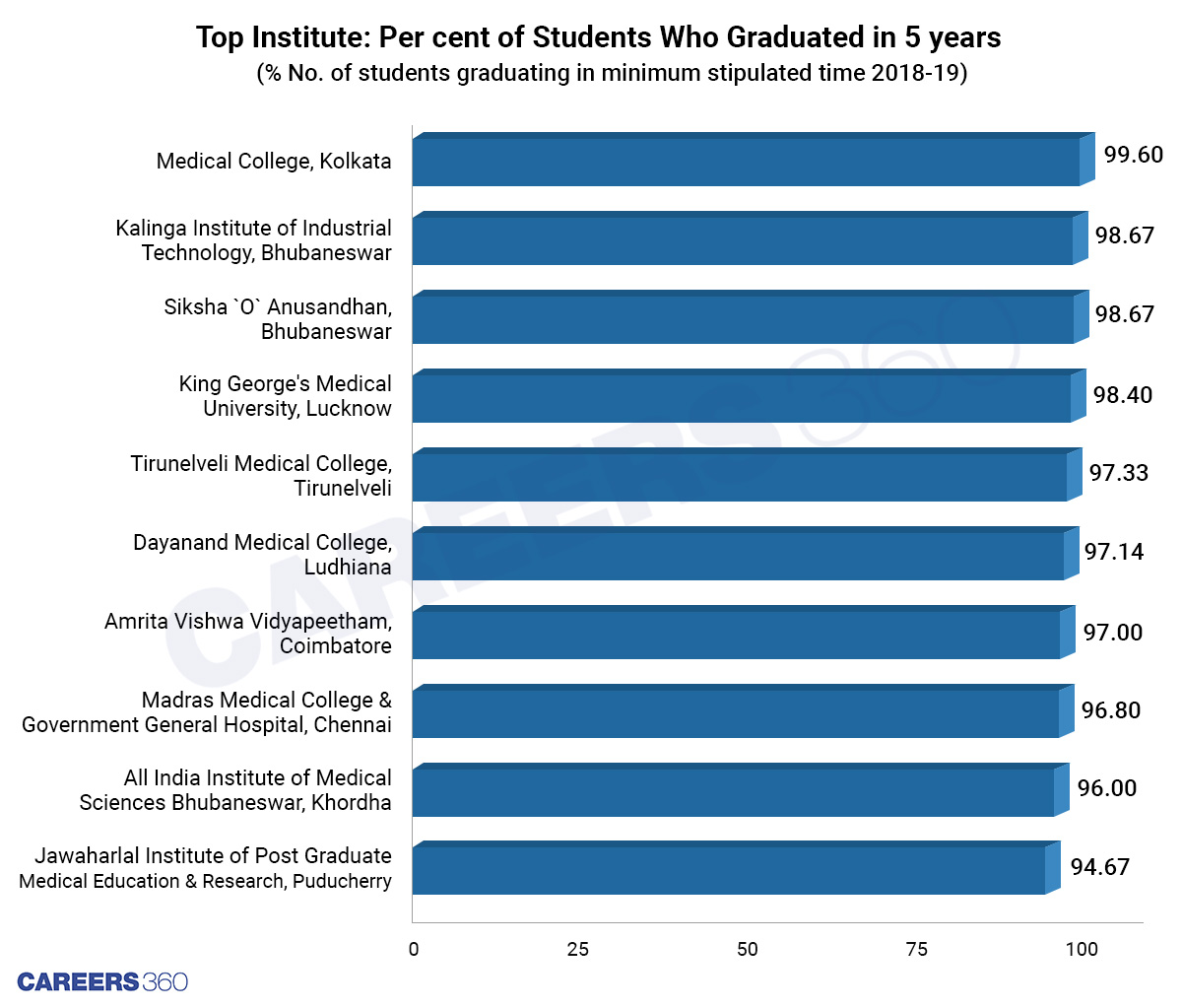 After MBBS, students generally go for post graduation but MBBS itself is a degree that can lead to successful placements. As for the number of students who got placed, it was highest in both Kasturba Medical College, Manipal and Mangalore, with 199 and 186 students placed. 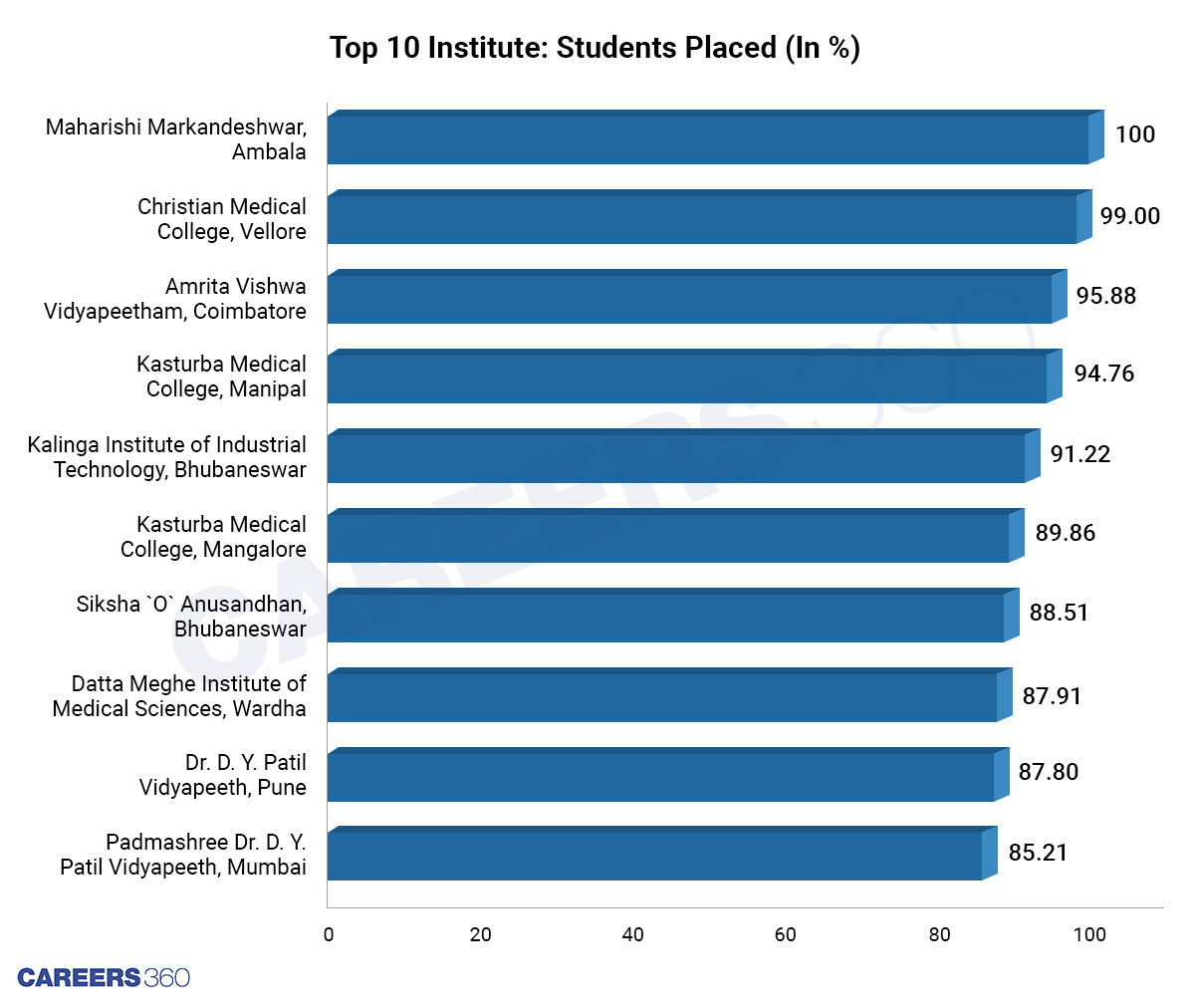 On an average, 35 per cent of the students from these 45 colleges went for higher studies after completion of their undergraduate programme. 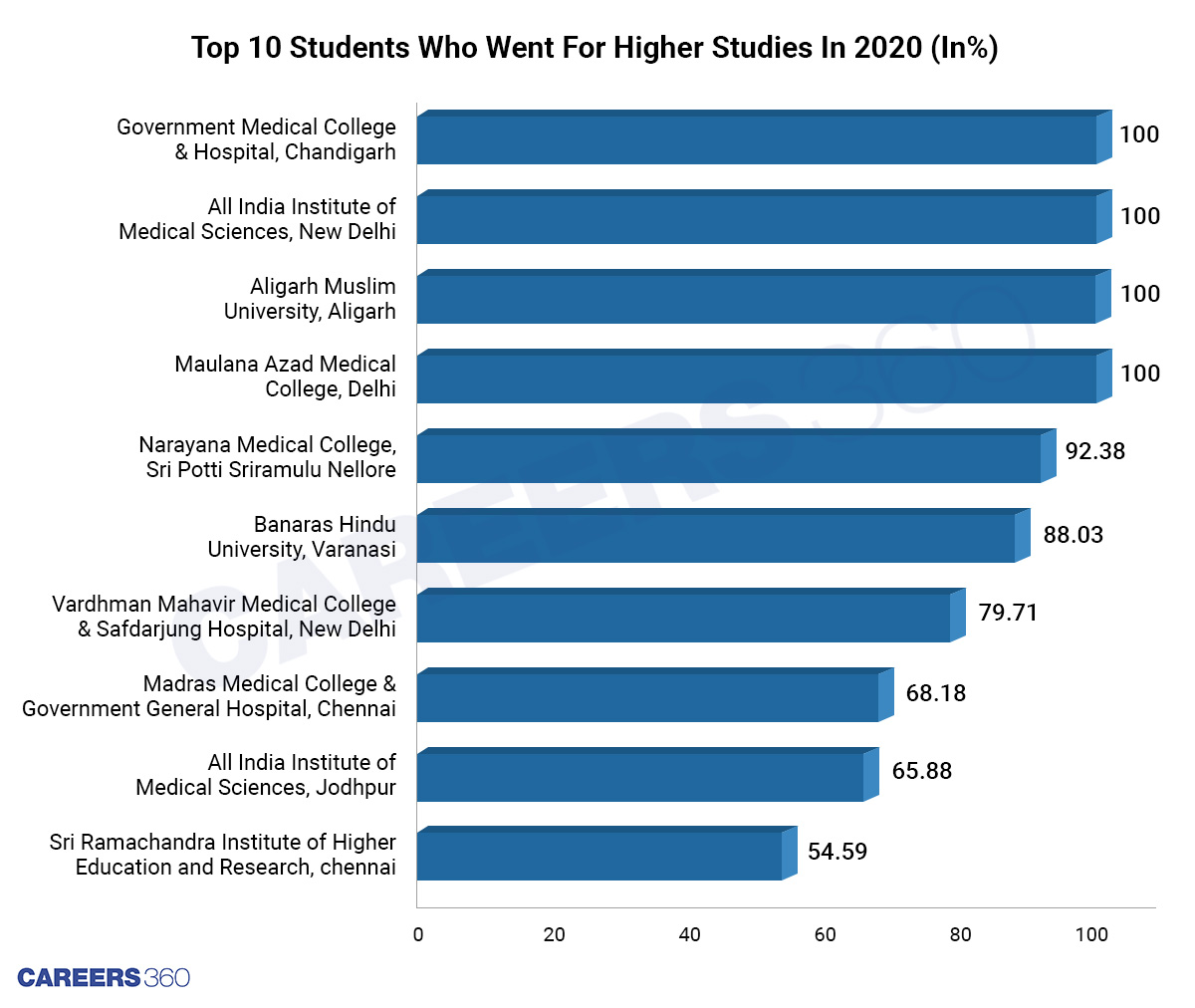 Lady Hardinge Medical College, New Delhi which is an all women’s college and tops the list on technicality. Hence has been left out from the list for correct comparison. 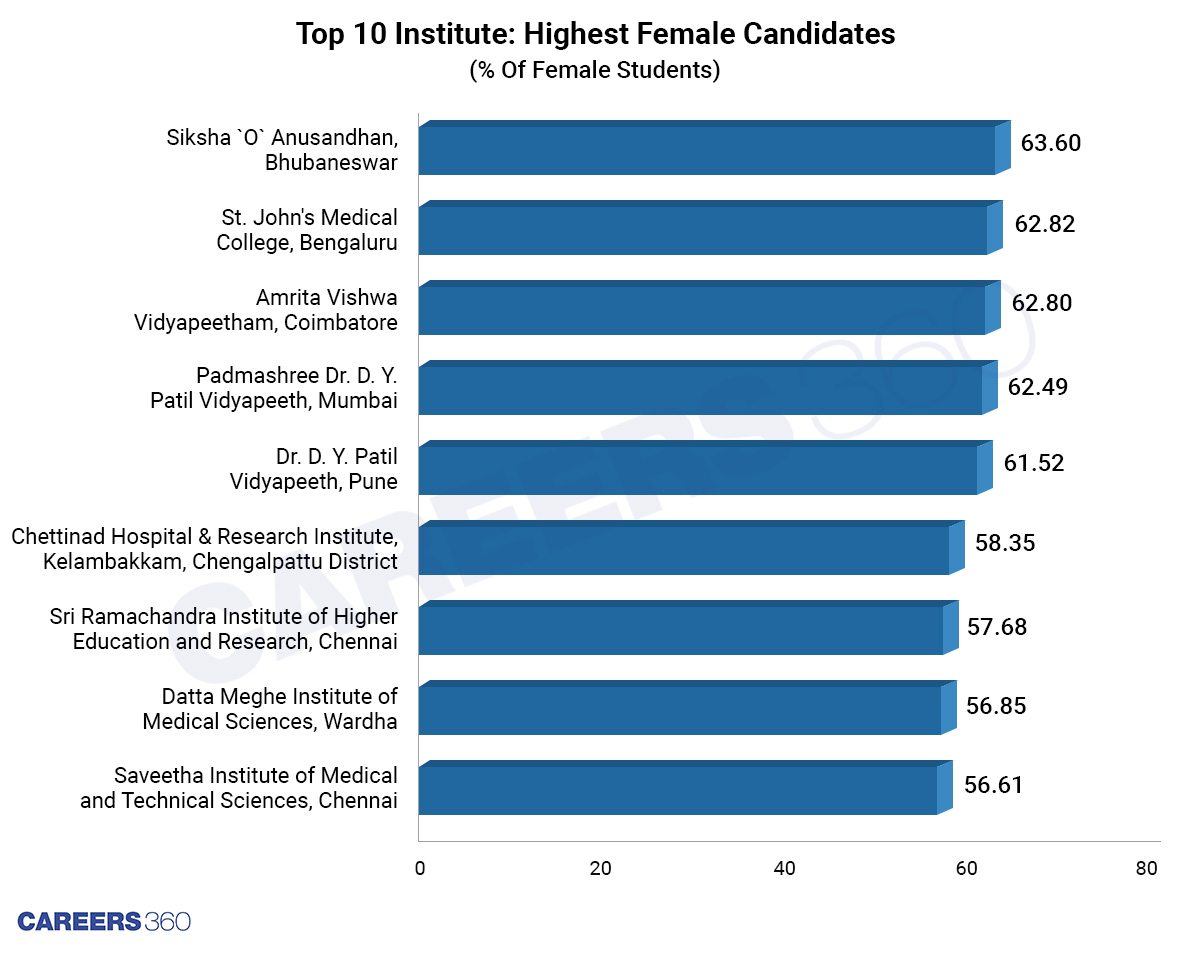 Sri Ramachandra Institute of Higher Education and Research, Chennai not only had the highest percentage of students but the number of international students was high too. The institute admitted 141 students from outside the country.

In the graph below, the information is of the foreign students and the total number of students in all the batches in the year 2019-20 of each college. Out of the 45 institutions listed for this study, 17 colleges had no students from outside the country. 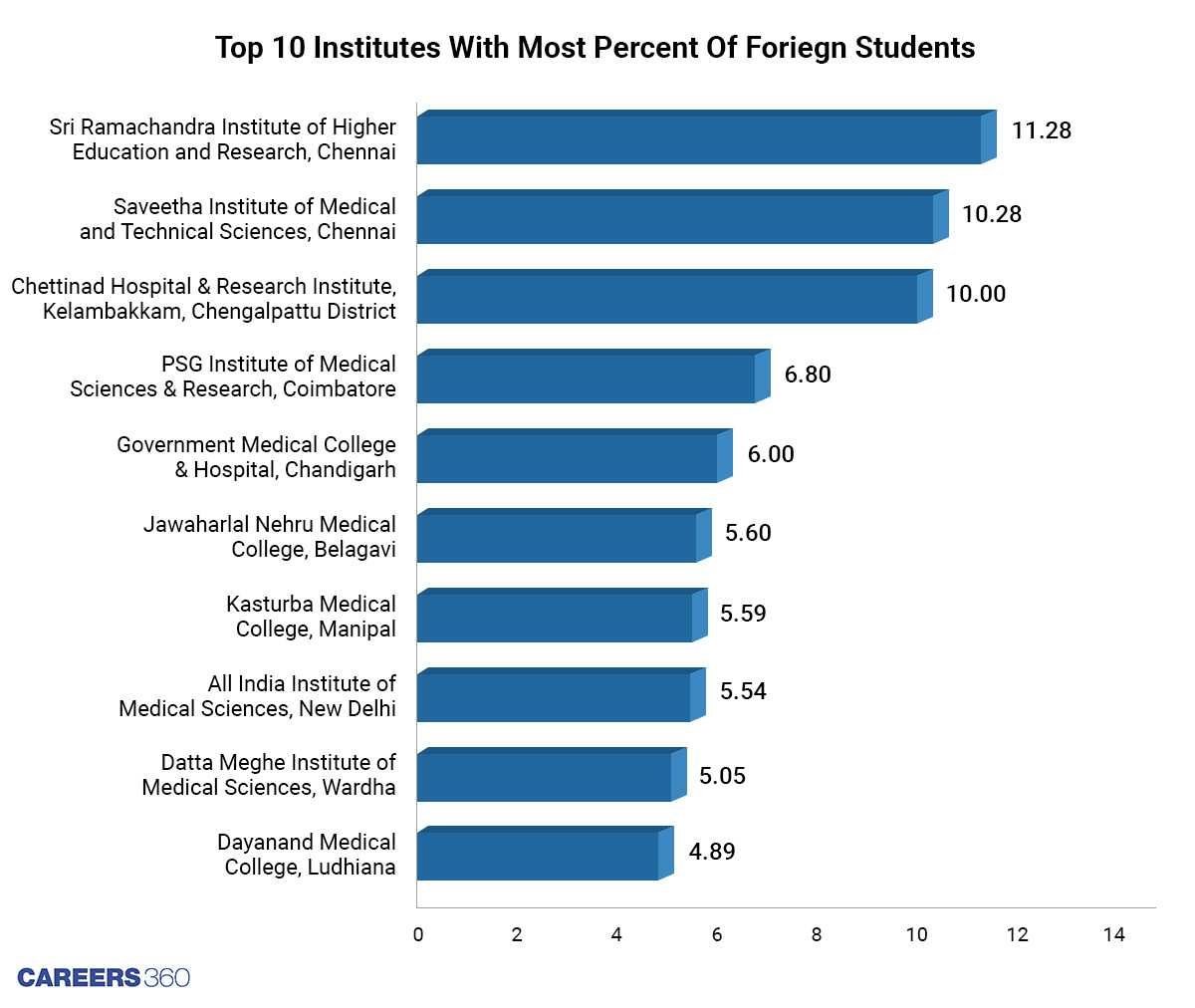 Highest per cent of Foreign students

The Socially Challenged group of students include the Schedule Caste, Schedule Tribe and Other Backward Class category students. We present it in the graph below. 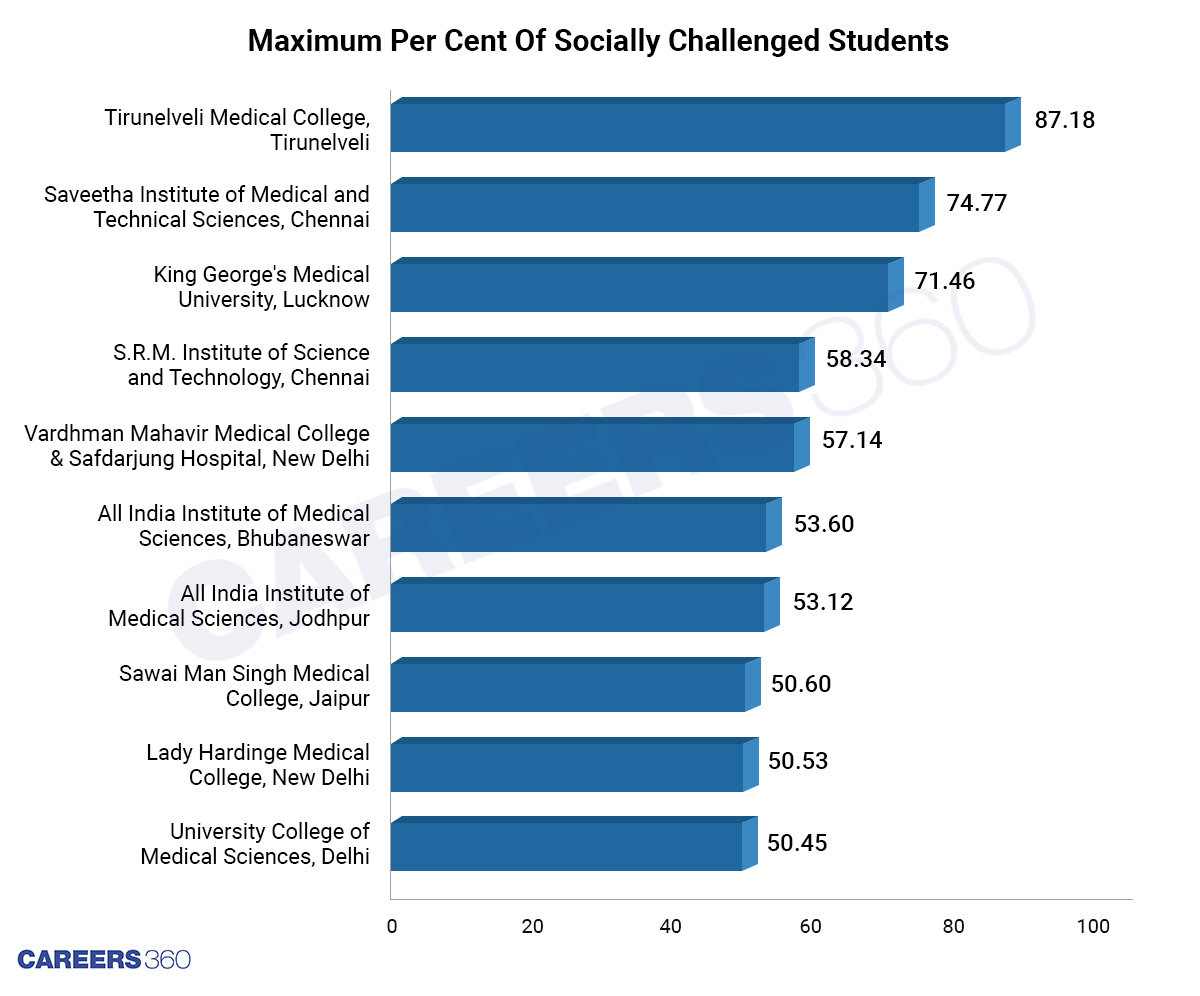 Almost half of the colleges had no students from the Economically Backward or Weaker section (EWS), bringing the overall average percentage of students to 3.5 per cent only. 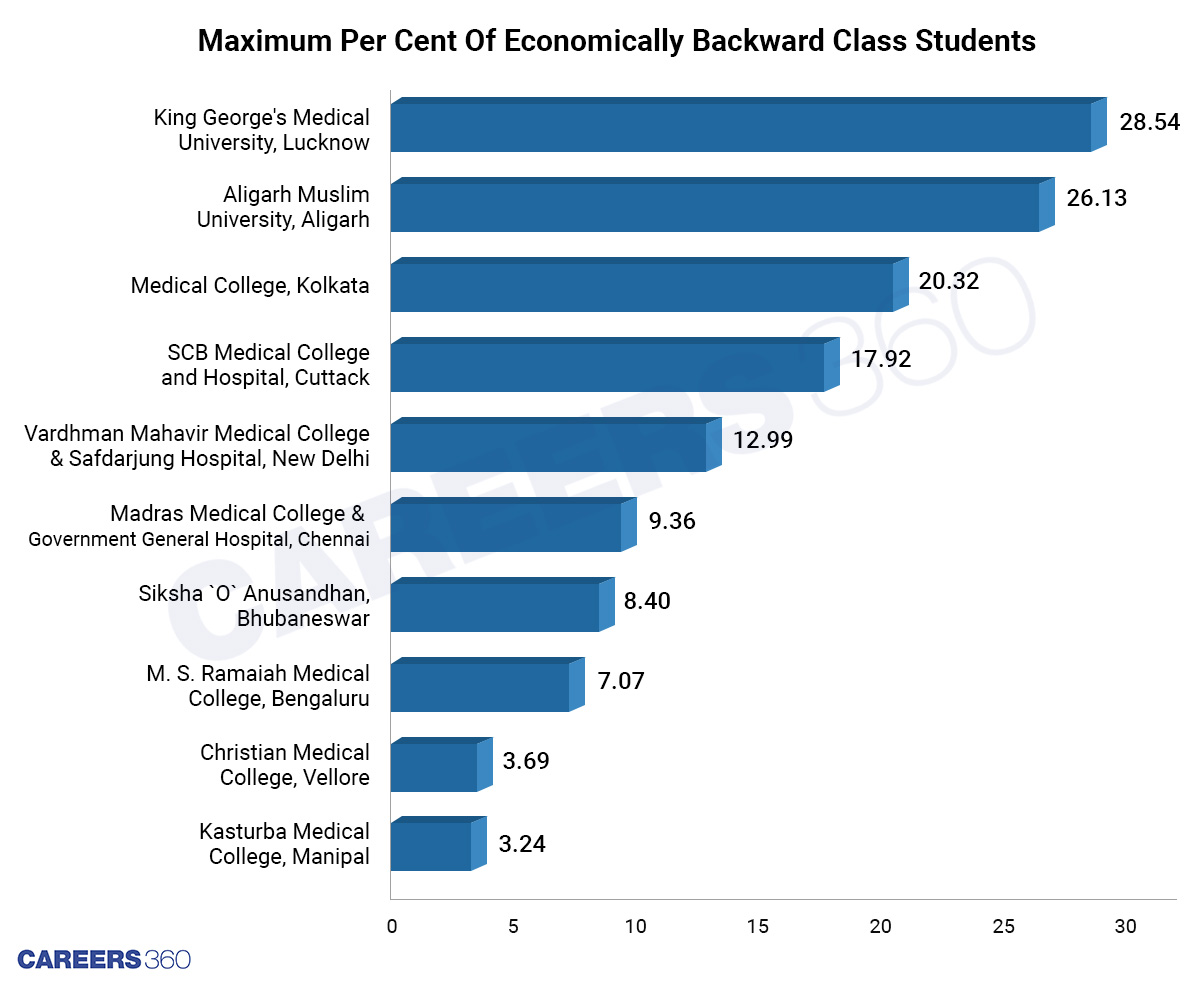