Accreditations
Accreditation is a process by which the quality of all the programmes is examined and certified normally by an external body of academics in a college. It validates and certifies the academic processes practiced within an institute are robust and relevant.

Tamilnadu Dr Ambedkar Law University, Chennai has a training and placement cell to organise the placement procedure for the students. Students are also provided training programmes on personality development and communication skills and help them prepare better for the TNDALU placement process. The institute also makes sure that they can help most of the students getting placed into various companies by helping them in every possible way. TNDALU Chennai also conducts mock tests and practice session classes on Aptitude, Quantitative Ability, Logical and Reasoning to make students practice and get better before appearing for the final Interview and Written Test. A detailed description of the whole TNDALU placement procedure followed by the Training & Placement cell are mentioned below.

The Tamilnadu Dr Ambedkar Law University, Chennai admissions are offered based on the merit of the qualifying exam. Students also need to get their documents verified and pay the admission fees before getting final TNDALU admissions. TNDALU Chennai admission procedure is given here in details:

The Tamilnadu Dr Ambedkar Law University, Chennai admissions are offered based on the merit of the qualifying exam. Students also need to get their documents verified and pay the admission fees before getting final TNDALU admissions. TNDALU Chennai admission procedure is given here in details:

The Tamilnadu Dr Ambedkar Law University, Chennai offers various academic and infrastructural facilities to the students and faculty members of the institute including moot court halls, library, hostels, library, seminar halls, classrooms, sports etc. More information on all the TNDALU facilities provided by the institute are mentioned below.

SOEL should get back to its form 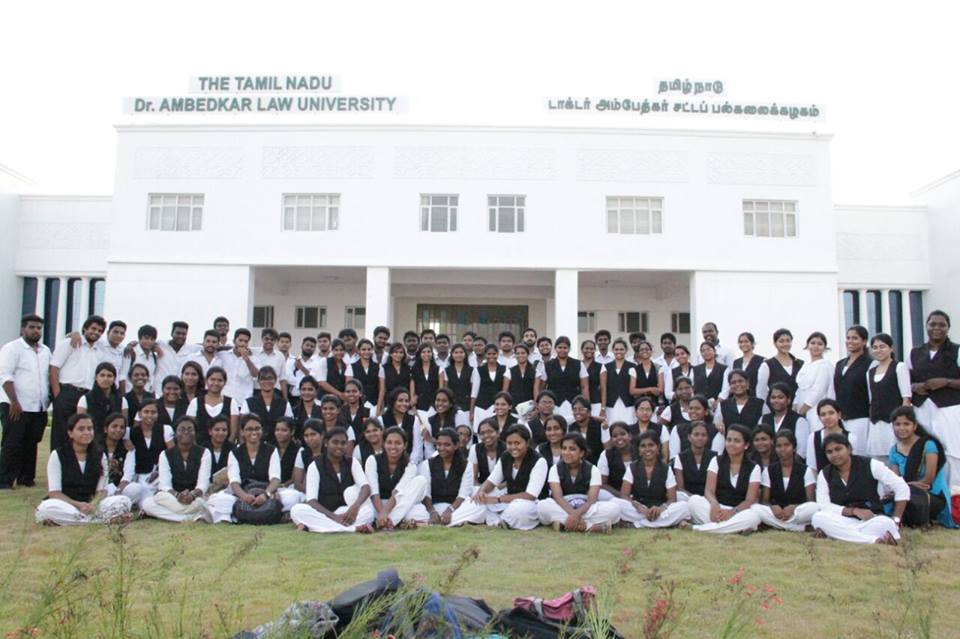 My own views is it wrong

Have a question related to TNDALU Chennai ?

I hope you are doing well.

I hope this helps.

when B.A.LLB 5yrs course addmission started for 2022-2023and how to fill application through online or offline?

Admissions to BA LLB 5 years program are made based on the CLAT exam's All India Merit Rank. Candidates are selected based on their ranking. Shortlisted candidates must then attend an on-campus counselling session and complete final admissions paperwork i.e offline.

Results and cut offs are yet to be announced.
For more, visit https://news.careers360.com/nirma-university-law-admissions-2022-registration-open-check-details-here

I have completed my diploma in EEE 2011 after my 10th std .so am i eligible fot our ba.llb five year program at 2022 kindly let us know the same

You have tagged The Tamil Nadu Dr Ambedkar Law University and BA LLB, the eligibility criteria for the course in this university is passed 10+2 from a recognized board securing 45% aggregate from a recognized university, there is relaxation of 5% for reserved categories, as per the last year official notification at https://tndalu.ac.in/pdf-3/Pros_5_aff.pdf, those with diploma or ITI certifications aren't eligible regarding this, you can also visit the official website at https://www.tndalu.ac.in/Admission_2021_22.html to know any other information regarding this.

1: What scholarships are offered by TNDALU?

2: Which facilities are offered by TNDALU?

3: What is the mode of the application form at TNDALU?

TNDALU application form is available online. Candidates can apply through online mode only.

5: How many colleges are affiliated with TNDALU Chennai?

6: Is TNDALU Chennai a recognised university?

7: How to apply for Dr. Ambedkar Law College?

Candidates, who wish to take admission in TNDALU have to apply online through the official website, tandalu.ac.in. First of all, candidates hav to register online. Hereafter, they have to fill the application form and upload the documents. Finally, make the make payment and download the application form.

8: Is LLB available in Ambedkar university?

Other Popular Universities in Tamil Nadu

Know More About this College