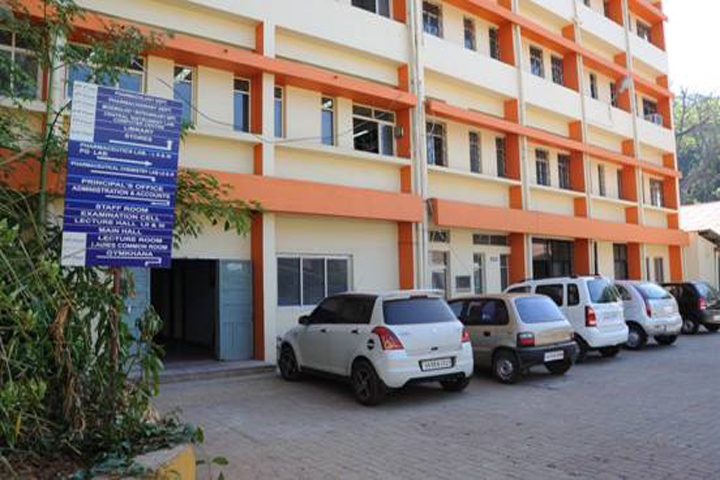 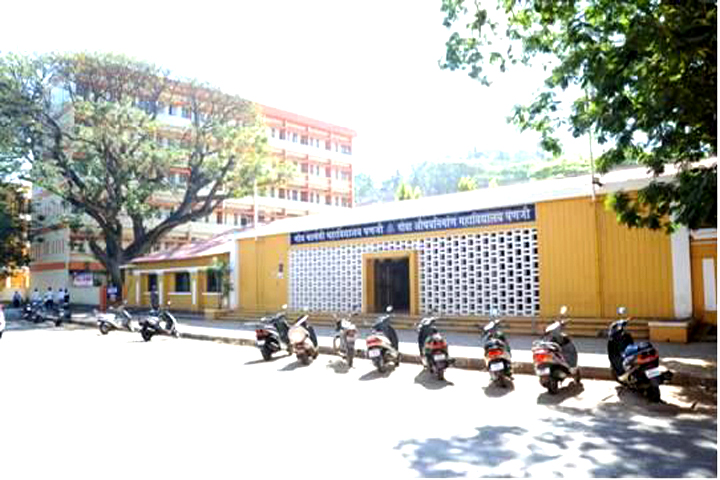 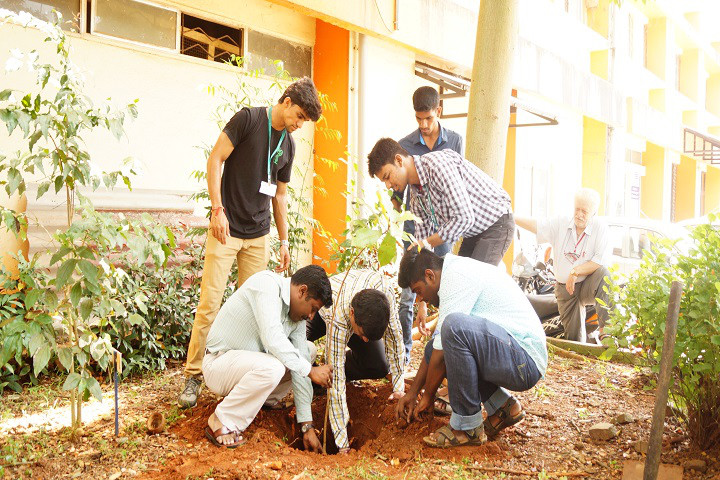 The Goa College of Pharmacy (GCP), as the name suggests is based in Panaji, the capital city of Goa state. It is affiliated to the Goa University, which is located in the Taleigao Plateau region of the state. The origins of the GCP go back a long way. Pharmacy was one of the key matters of academics for the Portuguese who visited Goa during the early colonial period. That is why when the Goa University was first set up, pharmacy was one of the top priorities. The first pharmacy course in the state came up back in 1842, with the establishment of the first medical college in the then Portuguese colony.

A separate college, by its present name was only established in 1961, the year Goa joined the Indian union. The affiliation to the Goa University, ensures the approval of the UGC (University Grants Commission). The courses here are also recognized by the AICTE (All India Council for Technical Education). The PCI (Pharmacy Council of India) too has recognized the programmes here, as is the norm for pharma- based programmes in the country. Pharmacy related courses are available at this college right from the UG till doctoral levels. The B. Pharm and the M. Pharm programmes are offered at the undergrad and post grad levels respectively.

The former is a four- year programme, while the latter lasts for two years. This can be availed under three specializations. These are in the areas of Pharmacology, Pharmacognosy and for Quality Assurance. Some doctoral programmes may also be taken up from here. In addition, there is a diploma in pharmacy. This is meant for working professionals, seeking a skill upgrade, but not able to devote full working hours to any academic programme. Admissions to the various programmes at the master’s level is via the GPAT (Graduate Pharmacy Aptitude Test). This is a test conducted by the AICTE. For the UG level, it is the DTE (Directorate of Technical Education) that finalizes the list.

The entire academics, here at the Goa College of Pharmacy is run by a team of six academic departments, each possessing expertise in its own area. These departments are for the areas of- Pharmacology, Quality Assurance, Pharmacognosy, Pharmaceutics, Pharmaceutical Chemistry and in Pharmaceutical Analysis. Research too is given top priority, here at the GCP. For this purpose, several research grants have been procured by the college. The library here is one of the best stocked within the region. Besides the physical books on display, it also provides digital access to en number of international academic journals for research and academic purposes.

The importance accorded to research ahs been since the earliest of days. This can be evidenced by the advent of the college’s own research journal back in the 19th century itself. A monthly journal was put together back in 1860. Another was started in 1894. These two were known as the Os Colloquios dos simples e Drogas and the Archivo Medico da India respectively. All this and much more has led to the GCP being placed at rank 23 among the pharmacy colleges, as part of the NIRF (National Institutional Rankings Framework), curated by the MHRD (Ministry of Human Resource Development). This happened in the year 2016.

The campus has much to offer. There are hostel facilities for both boys and girls. Banking facilities with ATM are available in the campus’s vicinity. There is a sports field where cricket and football may be played. Facilities are also there for indoor sports. The gymnasium may also be used by all. A large auditorium is there to facilitate major events, at both intra and inter college level. The campus is Wi- Fi enabled. Science laboratories have the latest of equipment. A health centre is also there to cater to medical emergencies. Hygienic food is prepared at the college cafeteria. The college even has its own transport to ferry students to and from the campus. A convenience store is also located within campus.

The Goa College of Pharmacy has also been extremely proactive when it comes to forging international ties. This helps in exchange programmes, research collaboration and in generating consulting assignments. That is why, the GCP is a signatory to the Canada India Institute Linkage Project (CIILP). Several research- oriented seminars and conferences are also held on campus. There have been such workshops over the recent years, in topics such as “Intellectual Property for Industry & Academia Professionals, Training the Trainers”, “QSAR Methodologies for Peptide Design” and “Bio active Guided Fractionation, Isolation & Characteristics of Anti- tumour Phyto- constituents”. Some of these were not held on campus, but participated in by the GCP faculty abroad. The campus placements have also likewise come good during this period. Some of the key recruiters over the recent seasons have been the likes of – Lupin, Cadila, Cipla, Wyeth Pharmaceuticals, Ranbaxy, Sanofi, Unichem, Indoco and Glenmark, besides others.

the college is very good for learning

Posted on 22 Oct' 15 by Anonymous
This user choose to post privately in case a user is anonymous.
Batch of Jan. 1, 2009 | B.Pharma
college is located in the heart of the capital city of panaji and is equipped with library with latest literature and journals .the teaching faculty is very good the labs are well equipped with suitable equipment to give practical experience.the industry exposure is also good.
Read More
Is this Review Helpful?

Posted on 19 Oct' 15 by Anonymous
This user choose to post privately in case a user is anonymous.
Batch of Jan. 1, 2015 | B.Pharma
Positive review The teaching staff is well knowledgeable. Individual attention given to each student during practical sessions since the number of students per batch is 18. Various academic related sessions are being conducted. Students are invigorated to participate in different pharmaceutical related conferences. Most of the teachers are very affable & jovial to the students and have good rapport with them. Encouragement is given to participate in different intercollegiate events and competitions. High performance Equipments and instruments are brought, which enables the students to handle such industry oriented instruments assiduously. Negative review sometimes due to unavailability of the chemicals and required reagent, the practicals are cancelled or adjourned. Even after completing 50 years, college still lacks the apposite infrastructure. Also, when it comes to organizing cultural events, there is not much enthusiastic support. There are not enough of books in library for the need of all students, so few students have to wait till the books are returned back. College doesn’t own any sport ground.
Read More
Is this Review Helpful?

Oldest college of Pharmacy in Asia

Posted on 13 Oct' 15 by Shreyas Raikar
Batch of Jan. 1, 2009 | B.Pharma
The college infrastructure is equipped with sufficient number of Labs Has good industry exposure in term of industrial training program College life is good with good faculty and non-teaching staff support and is located centrally in the panaji the capital city of Goa
Read More
Is this Review Helpful?

Posted on 12 Oct' 15 by Anonymous
This user choose to post privately in case a user is anonymous.
Batch of Jan. 1, 2007 | B.Pharma
Goa College of Pharmacy, is one of Asia’s oldest pharmaceutical institutions in India. It offers under graduate, graduate and post graduate courses such as: 1) Diploma in Pharmacy -2 years 2) Bachelor of Pharmacy- 4 years 3) Master of Pharmacy (Quality Assurance, Pharmacology and Pharmacology) - 2 years The College has spacious Class rooms, a Main Hall, Seminar Rooms, Conference Hall, Staff Common rooms, Boys common room, Ladies Common room, Gymkhana, well equipped Laboratories, Library, Administrative Block, Hostels for boys and girls, Computer centre & Digital Library. Separate hostels for boys and girls are located at Altinho, Panaji and are both provided with a mess facility to cater to the needs of the hostel-ties. The college is proud to have highly qualified and experienced faculty in all subjects. The inter class event "Formulations" is organized every year- it showcases the talents of the students in a competitive manner. The college boasts to have 100% placements for its students. Some of the top recruiters are multinational pharmaceutical companies based in Goa itself namely CIPLA, LUPIN, Sanofi Aventis, TEVA, Watson, Unichem, Glenmark generics, Indoco Remedies etc.
Read More

Is this Review Helpful?
Have a question related to Goa College of Pharmacy, Panaji ? 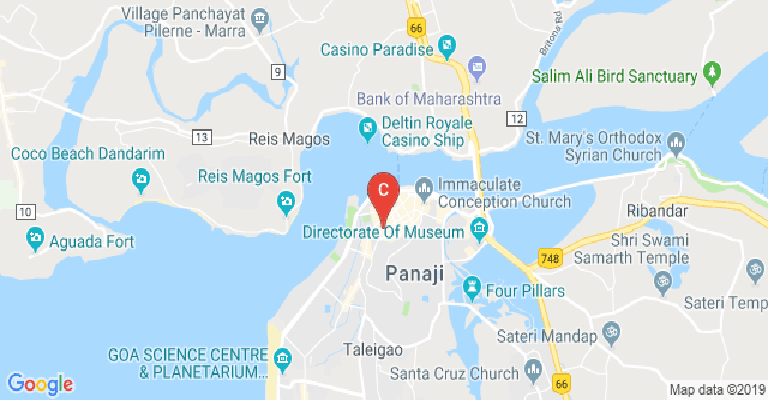 Other Popular Colleges in Goa