There are a number of government colleges for degree courses in the state of Tamil Nadu. Some have been started by the state government, but many were even established back during the era of the British rule. The oldest of these is in the city of Coimbatore, one of the biggest in the state. It was started in the year 1852. The aim back then was the dissemination of liberal education with a choice in the medium of study, between English and the vernacular Tamil. A number of these government colleges are dedicated towards the study of the arts subjects. While initially all were stand- alone colleges, with time, these have all acquired the affiliation of some university or the other.

The Government Arts College of Chidambaram (GACC) was established in the year 1982. It is present in the district of Cuddalore. This college was set up by the state government after undergrad programmes were stopped being offered by the esteemed Annamalai University. So, the GACC ended up filling this void. Right now, it is affiliated to the Thiruvalluvar University. This affiliation ensures approval of the UGC (University Grants Commission). The college has also been accredited by the NAAC (National Assessments and Accreditation Council), earning a B grade rating in it. A separate IQAC (Internal Quality Assurance Cell) has been created to this end, to ensure that all the terms of the NAAC are complied with.

An AQAR (Annual Quality Assurance Report) gets generated to quantify the results. The GACC has also paid a lot of importance to the broader social good. This is the reason that students studying here have participated in several central and state government schemes. Participation has been strong in schemes such as the NSS (National Service Scheme). As the name of the college would suggest, the primary motive of this college, is imparting training in the arts subjects. But some science and commerce courses have also been added lately here. The college offers programmes right from the UG till doctoral levels.

The B.A. is offered in the areas of Tamil, English and in Economics. Likewise, the M.A. is also offered in those same courses mentioned. There are several science areas also up on offer, here at the Government Arts College, Chidambaram. The BSc. may be availed in the areas of- Physics, Chemistry, Botany, Computer Science, Zoology and for Mathematics. Chemistry itself may be pursued here by the students in either General or Industrial specialization areas. The same set of courses are also on offer at the master’s level for the MSc course. Commerce students may go for a B. Com at UG level or M. Com post that.

The professional course of BBA has also been started by the college. This has been an honest attempt to propel the GACC towards the courses most in demand now. Beyond this, students may go for the M. Phil and PhD. programmes. These are highly research- oriented, and field work driven. Most of the courses on offer at this college, may be undertaken in either Tamil or English mediums. The entire academics at the GACC is run by a team of thirteen departments. Eleven of these are for the academic areas on offer here. The other two are for the other essential areas of Physical Education and for Library.

Research is also given much importance, here at the Government Arts College, Chidambaram. The college has undertaken several research projects on third party basis. These are generated by government or industry bodies. Some of these leading agencies have been the likes of- DST (Department of Science and Technology), SERB (Science and Engineering Research Board), UGC and the TNSCHE (Tamil Nadu State Council for Higher Education). Topics explored have been diverse, ranging across the university departments. A number of the faculty members here have even got their works published on respected national or international level, peer- reviewed research and academic journals.

The departments of chemistry, zoology and botany lead the way. Another area of much importance to the institute is entrepreneurship. This is why the Entrepreneurship Development Cell (EDC) has been an active forum here. It helps develop the budding entrepreneurs among the students for the institute. Experienced trainers and entrepreneurs are invited to campus to deliver guest lectures and interact with those who have such business models. The library here is one of the best stocked within the region. Besides the physical books on display, it also provides digital access to en number of international academic journals for research and academic purposes.

The campus has much to offer. There are hostel facilities for both boys and girls. Banking facilities with ATM, convenience stores and access to public transport are all available immediately outside the college campus. There is a sports field where outdoor games may be played. Facilities are also there for indoor sports. A fairly large auditorium is there to facilitate major events, at both intra and inter college level. The campus has adequate IT infrastructure. Science laboratories have the latest of equipment. A health centre is also there to cater to medical emergencies. Hygienic food is served at the college cafeteria.

Share your experience with others Write a Review
Have a question related to Government Arts College, Chidambaram ? Ask 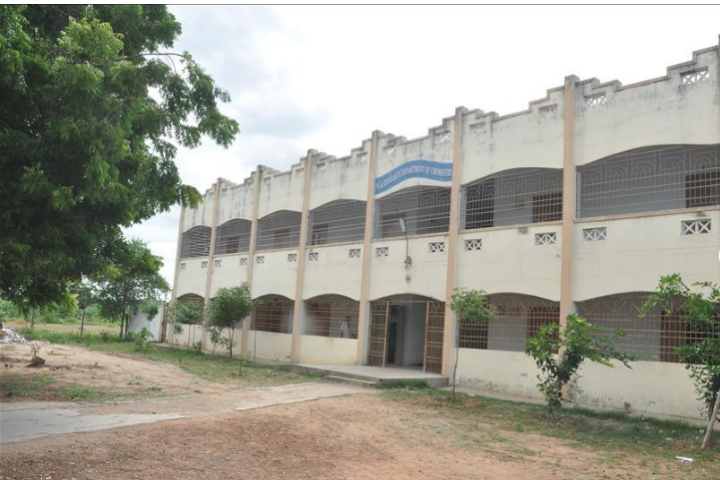 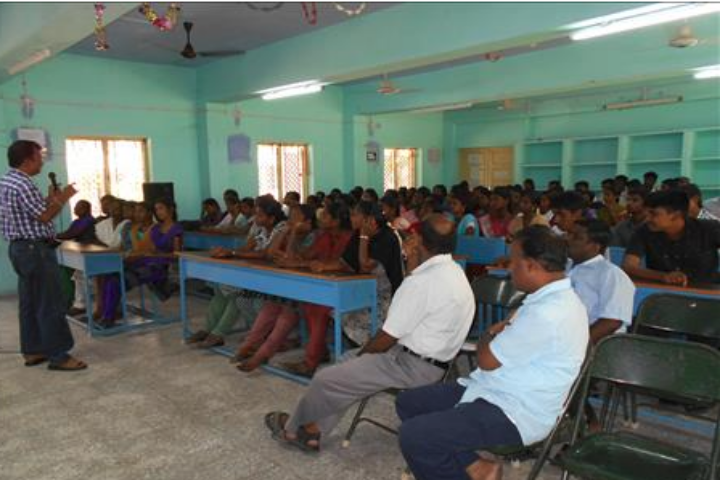 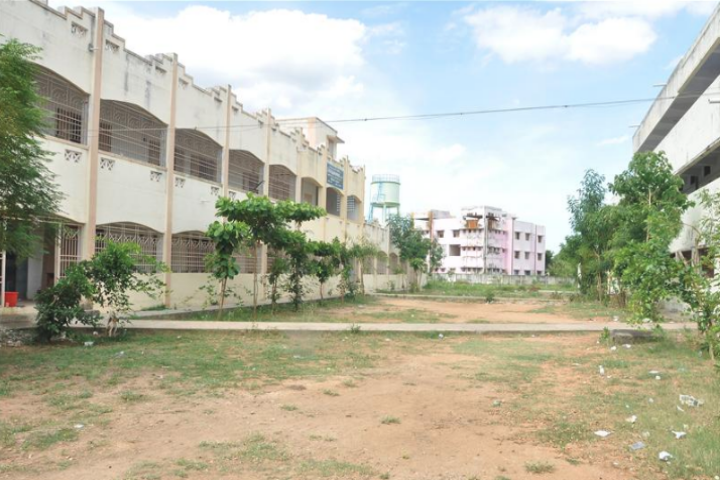 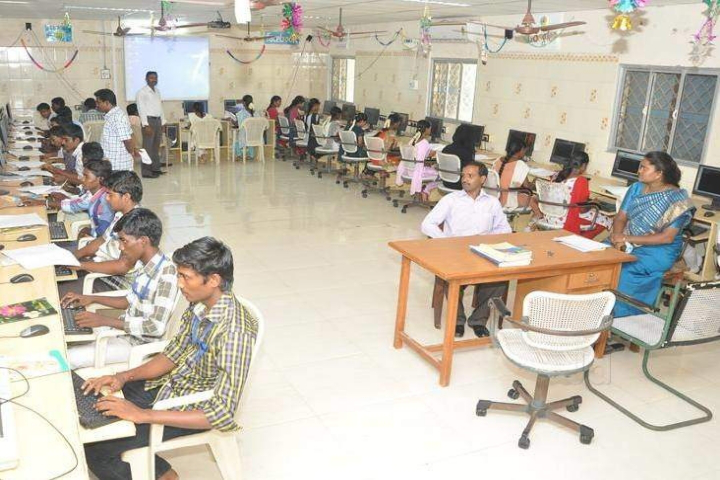 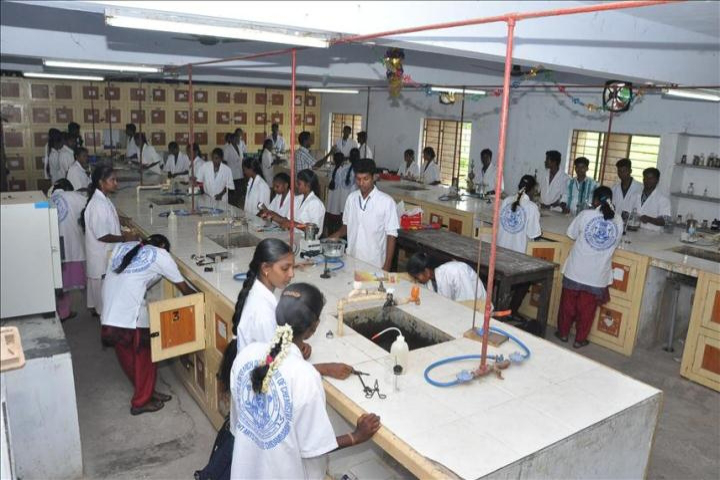 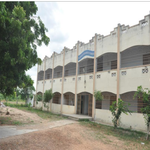 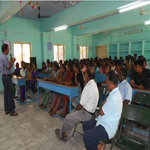 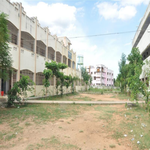 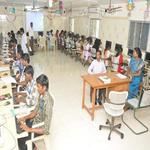 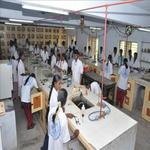 Facilities
Boys Hostel :Three Hostels are available in the college campus maintained by Welfare department of Tamil Nadu government. One for the boys of SC/ST, another one for OBC students and the third one is for PG students.
Girls Hostel :A separate Women’s hostel is available near the College campus exclusively for girls, which is maintained by Welfare department of Tamil Nadu government. Solar water heating system, dining hall facility, modern cooking system, and safe drinking water provided in the hostel.
Library :The Library has separate Halls for housing the books, journals, magazines and reference books. In terms of learning resources, the library has a good collection of books and e-books in addition to subscribing a number of journals. The library has INFLIBNET facility. Through the UGC digital library, the students and faculty members can have access to more than 6,000 electronic books. The number of books, journals and periodicals are updated every year. In addition to the above central facility, the departments have their own libraries. Students are encouraged to access the General as well as the Department library. Flexible Library timings (open from 9.00 am to 4.00 pm) help in the optimum usage of Library resources.
Sports :The college has no full-time qualified Physical Education Director. Dr. N.Santhi Associate Professor in Chemistry is in-charge of Physical Education. Students can practice football, volley ball, badminton, athletics, Koko, Kabadi and cricket. The common room is equipped for Indoor Games like Table Tennis and Carom both for boys and girls. Treadmill and cycle for exercising is available in PED room
I.T Infrastructure :The college has excellent IT Infrastructure facility for the students.
Auditorium :The college has an open auditorium facility for events and seminar.
Alumni Associations :The college has a good networking for alumni association.
Laboratories :The college has departmental based laboratories facility for the students.
What is Ownership ?

Recruiters
Recruiters
Interested in this College?
Shortlist
The question have been saved in answer later, you can access it from your profile anytime. Access now
Report Question