The Deogiri College was established back in 1960 in Aurangabad, one of the biggest cities of Maharashtra state. It is affiliated to the Dr. Babasaheb Ambedkar Marathwada University, also located in Aurangabad. This affiliation ensures that the college remains recognized by the UGC (University Grants Commission). It has also been accredited by the NAAC (National Assessments and Accreditation Council) with an A grade rating. A separate IQAC (Internal Quality Assurance Cell) has been created to this end, to ensure that all the terms of the NAAC are complied with. The college was initially meant solely for undergrad programmes, but later on starting from the year 1999, courses got introduced for the post grad level. The campus is spread over ten acres of land.

The Marathwada Shikshan Prasarak (MSP) Mandal was behind the establishment of the Deogiri College. The idea behind this was an institute of higher education for the Marathwada region. Though the region was by then, already a part of Maharashtra, it had for long been a part of the Nizam of Hyderabad’s sprawling empire. There are several educational institutions run by the MSP, including both schools as well as colleges. These schools and colleges are spread out across five districts in Maharashtra. These are the districts of- Aurangabad, Beed, Parbhani, Jalna and Hingoli.

There is a great range of subject options to choose from at the Deogiri College. This is true for both the UG as well as PG levels. At the undergrad level, courses are again available from each of the three major streams- Arts, Commerce and Science. The B.A. course for Arts may be availed for the subject areas of- English, Marathi, Hindi, History, Sociology, Political Science, Home Science, Music & Drama, Physical Education, Economics, Public Administration and Psychology. For the sciences, the BSc. honours programme may be pursued for- Computer Science, Bioinformatics, Biotechnology and in Information Technology. There is also the BSc. General option. Besides the BSc., science pursuers may also go for the BCA.

Options similarly abound for the commerce students. The conventional B. Com and BBA can be undertaken here. There is also a Diploma in Business Management (DBM). Uniquely enough, the BCA option also exists for commerce hopefuls, but the course pedagogy is somewhat different from the same course under the science category. At the master’s level, for commerce, there is the single M. Com course on offer here. In arts, the options are aplenty. The M.A. may be pursued for the areas of- English, Marathi, Hindi, History, Sociology, Political Science and in Psychology. Science hopefuls have the maximum number of options here at the master’s level. They may opt for the MSc. programmes in the fields of- Geology, Physics, Chemistry, Mathematics, Electronics, Biochemistry, Environmental Science, Microbiology, Botany, Zoology, Computer Science, Bioinformatics, Biotechnology and in Information Technology.

The Deogiri College in Aurangabad also specializes in providing several options for vocational training. The B. Voc. Course may be pursued in the areas of- Multimedia & Animation, Jewellery Design & Gemmology. In addition, several doctoral options also exist here, as research quite seriously taken over here. The entire academics here is run by a cohort of departments, each possessing expertise in its own area. There is a single Department of Commerce and Management, overseeing all programmes related to these fields. The Arts and the Sciences are further divided into several subject- based departments. In the Arts, there are departments for each of the areas offered at the undergrad level, plus the additional one for Sanskrit. Among the Sciences, likewise there are eleven departments, reflecting the broad options on offer here.

The Deogiri College has always believed in providing benefits to the broader society. The students here have likewise been instilled with such value. And that is why the students of this college have been active participants in government schemes such as the NSS (National Service Scheme). Several UGC sanctioned career- oriented courses also get pitched here for the development of students as well as the faculty members. These programmes are run separately, department wise. Some of the area being targeted here include- PC Hardware & Networking, Audio Equipment Maintenance, Tissue Culture, Gemmology, Hydrogeology, Mental Health & Counselling, Salesmanship, Indirect Taxation, Accounting & Auditing, Communication Skills in English and a few more.

The entire placements here is looked after by the Training and Placement Cell (TPC). The numbers achieved have been impressive. Some of the key recruiters in recent seasons have been the likes of- Wipro, Infosys, TCS, ADP, HCL, Wockhardt, Lupin, Nath Seeds, Tech Mahindra and Vodafone. There is also a separate engineering college run by the group. While engineering was initially part of the larger college, it was later bifurcated into a separate college, now known as the DIEMS (Deogiri Institute of Engineering and Management Studies). Besides the engineering programmes, the DIEMS also offers an MBA programme for management aspirants.

It was previlage to review my college

Posted on 04 May' 20 by Omkar Lohar
College Infrastructure
Our college have all the infrastructure like playgrounds, buildings, computer labs, classrooms, classrooms having smart boards and all the infrastructure having well-maintained. all the classrooms have well furnished equipments.
Academics
I am studying BSC IT FY . i am always wants to do my carrier in computers so i decided do my graduation in DEOGIRI COLLEGE . Academics of this college is nice all the subjects of curriculum are great .
Placements
Ours college having training and placements center . the TPO always gives students well placements in MNC's like Infosys, TCS, Wipro. The highest salary package offered was 3.5 lack/year. The Process of placement is nice.

Is this Review Helpful?

Posted on 17 Apr' 20 by PIYAH kalya
College Infrastructure
College Infrastructure improving and getting better. College infrastructure is already good so no worries about it. Spacious grounds and well maintained laboratories and classes. Must improve placement as it would help in students bright future. The living spaces are clean and well maintained.
Academics
Academics is good. Some new courses are being added for students overall development. A higher presence of students in college during lectures would definitely help in academics. Curriculum is updated and includes all the recent developments in the field which makes students job ready.
Placements
Placements are a bit not so nicely conducted. Only IT and BPO/KPO companies are allowed to take interviews and the students not willing to work in this field face grave loss in their career development.
Value-for-money
Yes, value for money should you study hard and take proper efforts.
Campus Life
Campus life is amazing and safety measures are taken seriously in college.
Anything Else
Overall Rating is good due to the infrastructure and other improvements like teaching techniques and good environment.
Is this Review Helpful?
Share your experience with others Write a Review
Have a question related to Deogiri College, Aurangabad ? Ask 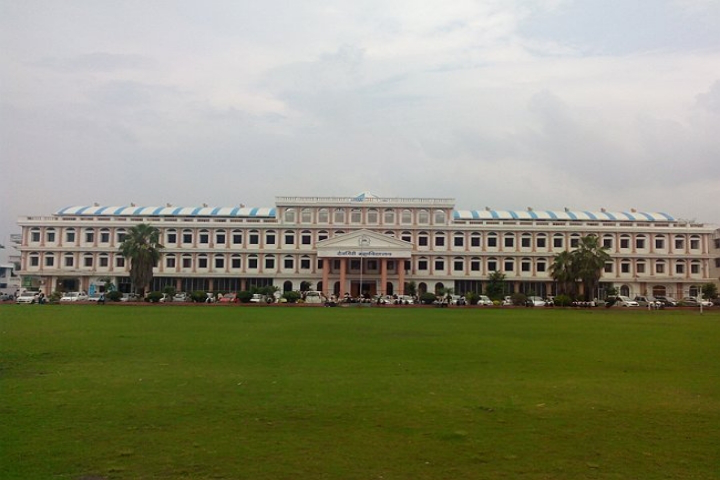 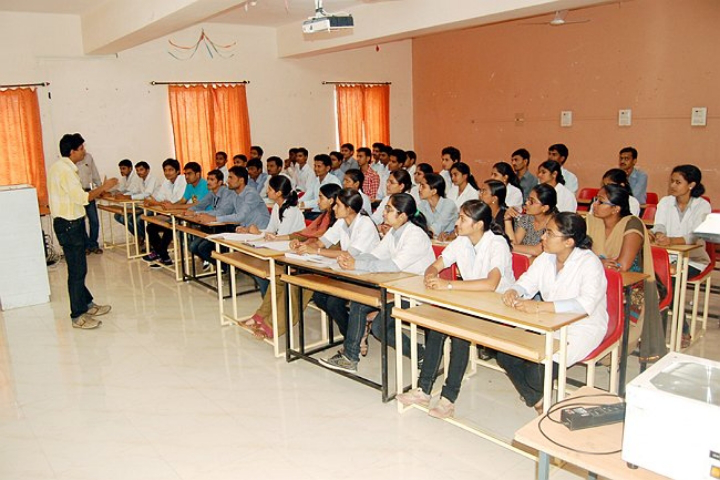 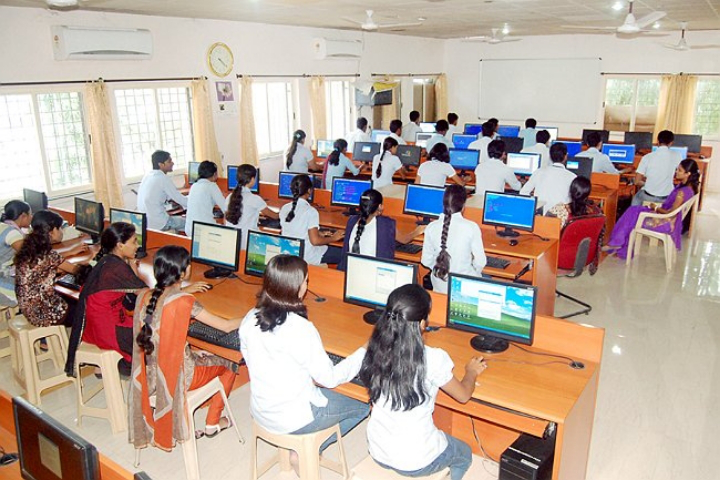 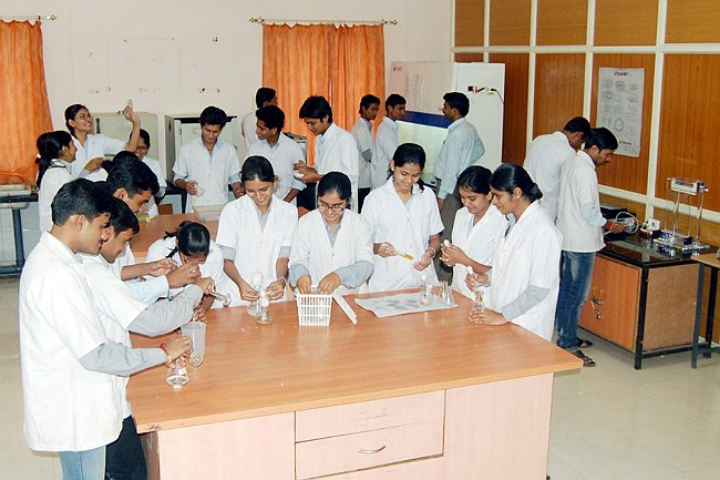 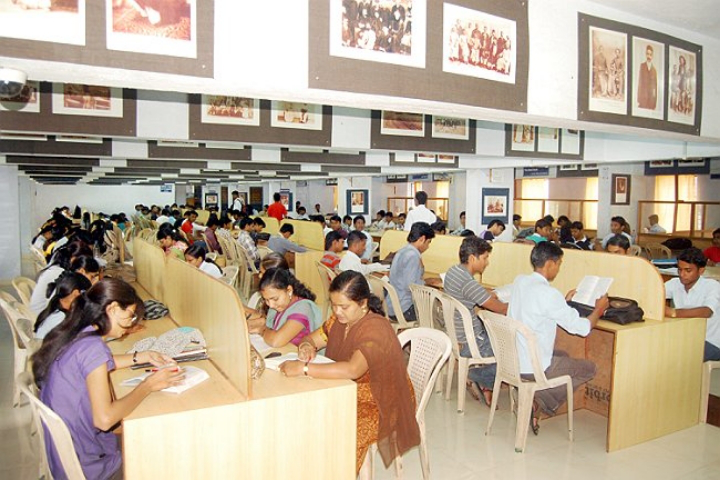 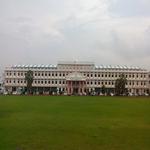 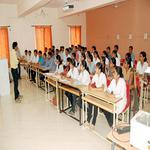 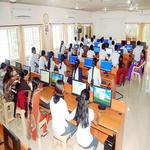 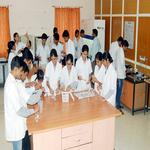 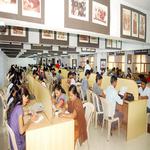