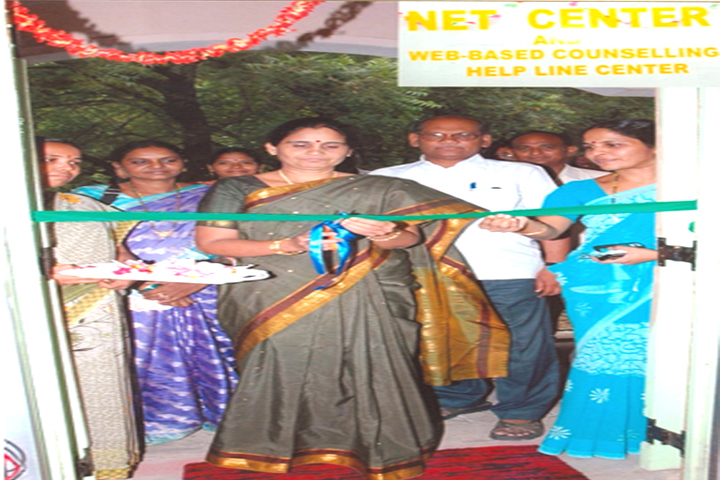 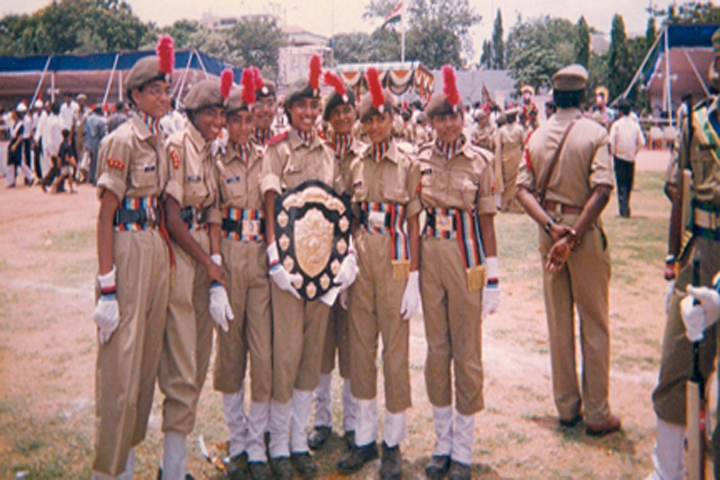 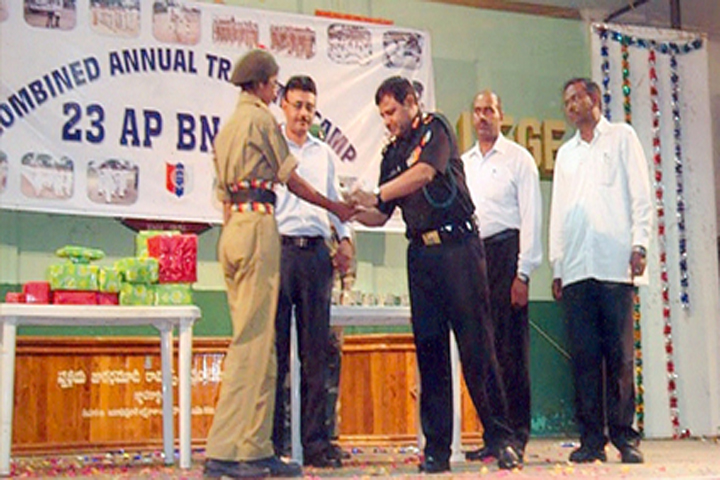 Guntur in the state of Andhra Pradesh (AP) is home to a Government College for Women. This is one of the oldest colleges in the region, having been founded pre- independence, back in the year 1942. As the name suggests, this one is meant only for female students. The total campus runs to a little over eleven acres of land. The Government College for Women, Guntur (GCWG) is affiliated to the Acharya Nagarjuna University, also located in Guntur, the city famous for chillies. This affiliation, ensures the approval by the UGC (University Grants Commission). The GCWG has also been accredited by the NAAC (National Assessments and Accreditation Council).

It has earned an A grade rating in it. A separate IQAC (Internal Quality Assurance Cell) has been created to this end, to ensure that all the terms of the NAAC are complied with. An AQAR (Annual Quality Assurance Report) gets generated to quantify the results. This college has also always believed in providing benefits to the broader society. The students here have likewise been instilled with such value. And that is why the students of the Government College for Women, Guntur have been active participants in government schemes such as the NSS (National Service Scheme) and the NCC (National Cadet Corps).

The GCWG runs courses at both the UG as well as PG levels. At the under- grad level, there are options for the BA, B. Com and the BSc. All three can be taken up on a pass mode. In this, a combination of subjects are undertaken as part of the course. The combinations for the BA can be from History, Political Science, Financial Economics, Communicative English, Special English, Special Telugu, Sociology, Psychology, Economics and for the area of Tourism & Travel Management. Similarly, there are options for the B. Com. These may be taken up in Computer Application or with BFSI (Banking, Financial Services and Insurance).

Likewise, the BSc. too has several options here. A variety of combinations may be taken up from Physics, Chemistry, Mathematics, Computer Science, Statistics, Multimedia, Cloud Computing, Zoology, Botany, Micro Biology, Bio- Chemistry, Bio- Technology, Home Science, Clinical Nutrition and Dietetics. At the master’s stage, options are there for humanities and science aspirants. These are all honours courses. An MSc. may be taken up in either Zoology or in Chemistry. An MA can be taken up from Economics or in Telugu. The entire academics here is managed by a set of departments, each looking in to the subjects mentioned so far.

The broader social good has also been pushed in among the students here as something that ought to be done. And that is why the students have worked hard on the Unnat Bharat Abhiyan (UBA) under which villages get adopted by some of the premier educational institutes in the country, who in turn will work for the former’s welfare. Research too forms a core component of this college. For that purpose, the GCWG publishes its own college magazine, chronicling the major findings on campus. It is known as the Mahilotsav. It is more of a student- driven initiative, with the content primarily in Telugu.

Several seminars and workshops have also been conducted on campus. The role of technology to curate a better academic environment, the rural agrarian economy of AP, organic pollutants in e- waste, ICT, eco- friendly use of pesticides, awareness of nutrition, violence against women, health problems among rural women, career guidance, women reservation bill and the role of chemistry in drug discovery have been a few of the topics for which the campus has hosted such seminars. The library here is one of the best stocked within the region. Besides the physical books on display, it also provides digital access to en number of international academic journals for research and academic purposes.

The campus has much to offer. There are hostel facilities for girls. There is a sports field where outdoor games may be played. Facilities are also there for indoor sports. The gymnasium may also be used by all. A large auditorium is there to facilitate major events, at both intra and inter college level. The campus is Wi- Fi enabled. Science laboratories have the latest of equipment. A health centre is also there to cater to medical emergencies. Hygienic food is prepared at the college cafeteria. Banking facilities with ATMs, access to public transport and convenience stores may all be availed from just outside the college campus.

The Government College for Women, Guntur also has a proactive Placement Cell. Several top companies have visited the campus and recruited students from here. Some of the top companies that have recruited from here over the recent seasons, include the likes of- Eureka Forbes, Big C, Airtel, LIC, JLE Cinemas, Hetero Drugs, Apollo Pharmacy, Café Coffee Day, Infosys, ILM, Capgemini, Hinduja Global Solutions, Genpact, Wipro, TCS, Tech Mahindra, Aspiring Minds, ING Vysya, NSL Textiles, ICICI Bank and several more. The college’s rankings have also been quite consistent over the years. The GCWG has been feted with several institutional prizes from different agencies.

Share your experience with others Write a Review
Have a question related to Government College for Women, Guntur ? 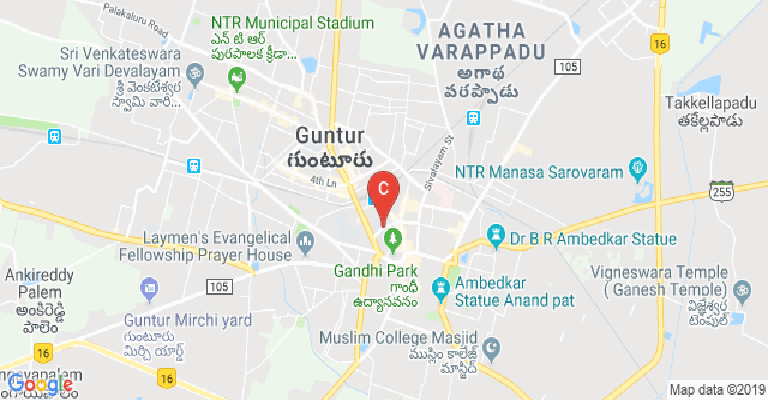 Other Popular Colleges in Andhra Pradesh

This College is accredited by NAAC (National Assessment and Accreditation Council) B++ validity is 14 Jul 2024 and the score is 2.92 .

Close
Facilities
Girls Hostel :A well established students hostel is attached to College. It is located in a vast site adjacent to the Main building of the College, with in the campus. Because of the hostel, the College is able to cater to the needs of students coming from the rural areas. For the supply of pure water Aqua guards are affixed to the taps. Reading room and facilities for Indoor Games make the students feel at home.
Medical/Hospital :The college has a health centre with a first aid facility for the students.
Gym :We have a well equipped GYM with treadmill, vibrator, 12 station multi-gym, power lifting set, jagars, twist – cum – stepper, Vibrator Massager, exercise bicycle double shock, single shock bicycle, AB swing, orbitrac, steel dumbles, AB pro heary, bench press etc sponsored by U.G.C
Library :The library is equipped with 44,522 Books and a collection of 4,790 journals, in a carpet area of 2100 square feet. In 2009-10, a digital corner was created in the reading room as an additional facility. The library has academic resources in the form of books, text books standard reference, current journals which include national, international, back volumes, e-resources such as full text/secondary databases, CDs/DVDs, AV materials, etc. The library maintains a special collection of material on national and international agencies (World Bank, UNO, EU, UGC, DST, etc) government documents, book-banks, rare materials, collection for civil service/competitive exams, etc, even with a limited budget.
Sports :The college has sports facilities for all students.
I.T Infrastructure :College has an internet center with 10 systems and broad band facility open for all the students of the college. Along with this, APSCHE is paying for high speed broad band connection for twenty systems for the purpose of EAMCET/ICET/B.Ed., counselling. Students can use these web counselling systems also excluding the counseling period. College has UGC sponsored net work resource center for the benefit of staff and students.
Cafeteria :The college has a canteen facility for staff and students.
Auditorium :The college has an auditorium facility for events and seminar.
Alumni Associations :The college has a good networking for the alumni association.
Wifi :The college has a Wi-Fi facility for the students and staff.
Laboratories :The college has a departmental based laboratories facility for the students.
Close
What is Ownership ?
Public/Government Ownership: