The First Women's College of Thrissur District, St. Mary's College, was established in the heart of the flourishing business town of Thrissur in 1946. The Congregation of Mother of Carmel (CMC) had pioneered into the field of Higher Education inspired by the educational vision of its founder, St. Kuriakose Elias Chavra. India was fast approaching the much-awaited freedom from British rule and there was great enthusiasm for a new and reformed society. Though many women had taken part in the freedom struggle, the majority of women in India were still uneducated and illiterate. Women had very little opportunity for higher education as there were very few colleges for women at the time. It is in this hour of need that the CMC congregation had established St. Mary’s College, with the aim of uplifting the women of Kerala by empowering them through education.

The CMC congregation had applied for sanction to start a college to the University of Madras in 1944. In 1945 His Excellency Rt. Rev. Dr. George Alappat, Bishop of Thrissur laid the foundation stone for the college building. The University Inspectors Committee headed by Sri. Lakshmana Swamy Mudaliar, the Vice Chancellor of the University of Madras, visited the college site and gave sanction to start the college with Degree Courses in Mathematics and Economics and Intermediate for Science and History. His Excellency Rt. Rev. Dr. George Alappat, Bishop of Thrissur blessed the college building. Thus the long cherished dream of a College for women bore fruit and history was made with the birth of the First Women’s of Thrissur district, St. Mary’s College. The distinctive coat of arms and the motto Scientia et Disciplina was adopted. The College was formally inaugurated by Sri. George Boag, the Diwan of Cochin on February 9th, 1947. Sr. Mary Patience took charge as the Founder Principal of the College. Her missionary zeal helped the college to attain pride of place among the women's colleges in Kerala. The College was able to fulfill its cherished dream of imparting education to the young women of Kerala and scores of successful graduates passed out of the college portal every year. From its inception, the College has given importance to academic excellence and the university results of the first batch of students bear testimony to this. A.G Teresa came out first in the Madras Presidency and was awarded the Pitti Muniswami Chetti Guru Gold Medal and the Marsh Prize. L. S. Sarojini won the Godathi Etharajan Memorial Medal of the University for Economics and Radha Devi won the T. Rama Rao Gold Medal of the University for English.

On August 15th, 1947 India's Independence was celebrated with the unfurling of the Indian tricolor. The first College Day celebration was held in 1950 and was presided over by Sri. V. K. Nandana Menon, the Vice Chancellor of Travancore University. The first College Magazine, The Marian Voice, was published in 1950. The College in its infancy itself encouraged social commitment in the students. The Social Service League, an organization for serving the underprivileged in the society, was inaugurated by the great and illustrious freedom fighter, Smt. Kuttimalu Amma in 1951. The year will also be remembered for the visit of first Jananapeetam Award winner, Mahakavi G. Sankara Kuruppu to the college. The O.S.A (Old Students Association) was initiated in 1951 to perpetuate the strong bond between the Alma Mater and the students even after passing out of the portals of the college. In the same year, the College bid adieu to its founder Principal, Sr. Mary Patience.

A new era began in the history of St. Mary's College with the appointment of Sr. Annunciata as the Principal of the College in 1952. The charming grotto of Our Lady of Lourdes that later became the hallmark of the College was built in this year. Most Rev. Martin Lucas A.P, Inter-Nuncio to India, visited the College in 1953. His Eminence Cardinal Tisserant, Secretary of the Sacred Oriental Congregation, Vatican visited the College. Many eminent persons have visited the college and the list includes the former Prime Minister of India, Smt. Indira Gandhi, who visited the college in 1955 for collecting Assam Flood Relief Fund. In the same year the students of St. Mary's got a chance to meet the First Prime Minister of India, Jawaharlal Nehru, on their trip to Delhi. Degree course in Botany was introduced in 1955.

Kerala Piravi, the birth of Kerala State was celebrated with a colorful cultural pageant on integration in 1956. The Chief Guest of the Day was the District Collector Sri. K. S Menon. Dr. B Ramakrishna Rao, the Governor of Kerala visited the College on 25th February 1957. The same year the College was affiliated to the University of Kerala. The College was also blessed with the visit of Dr. John Mathai, the Vice Chancellor of Kerala University. Mrs. John Mathai, Chairperson of Central Social Welfare Board inaugurated the Creche for the children of working women at Nadathara. His Eminence Valerian Cardinal Gracious visited the institution in 1958. 1959 marked the introduction of Degree courses in Physics and Chemistry. In 1960 the ever-growing number of students and the ever-growing demand for hostel accommodation prompted the management to expand the campus and construct a new hostel at Cheroor about 4 kilometers from the College. The year was also made memorable by the visit of Mr. L.A Hill, Chief Educational Officer of the British Council. Degree Course in Zoology was introduced in 1961. The year is also noted for the visits of eminent personalities like Sri. V.V Giri, the Governor of Kerala, Dr. K.C.K.E Raja, the Vice Chancellor of the University of Kerala, and Mr. Robert R. Kleim, Audio Visual Officer of the American Information Service. 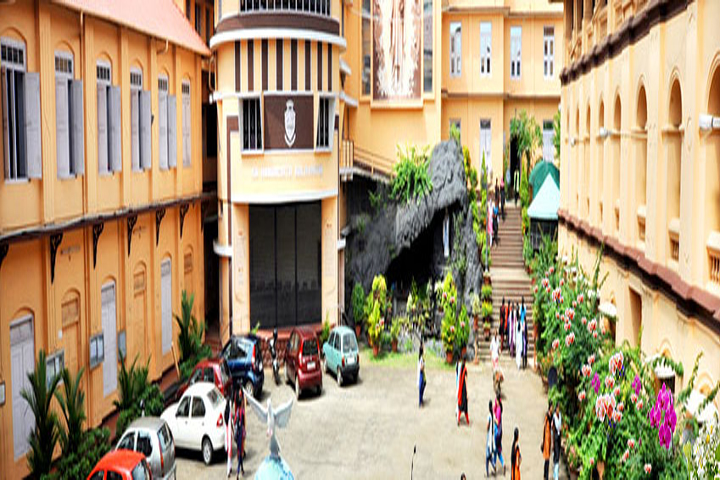 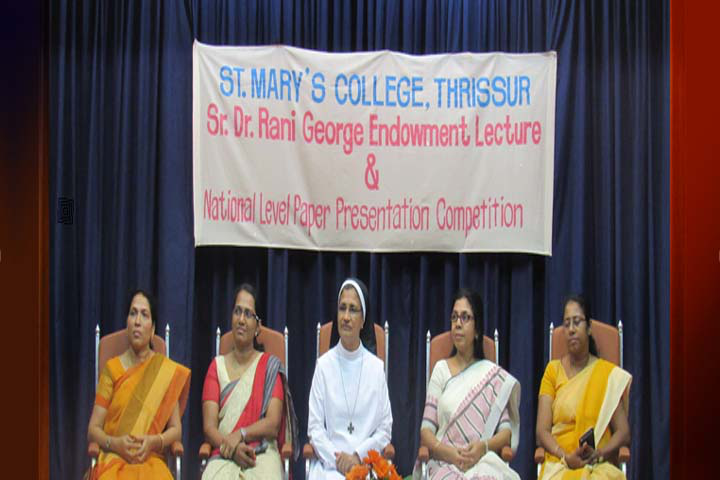 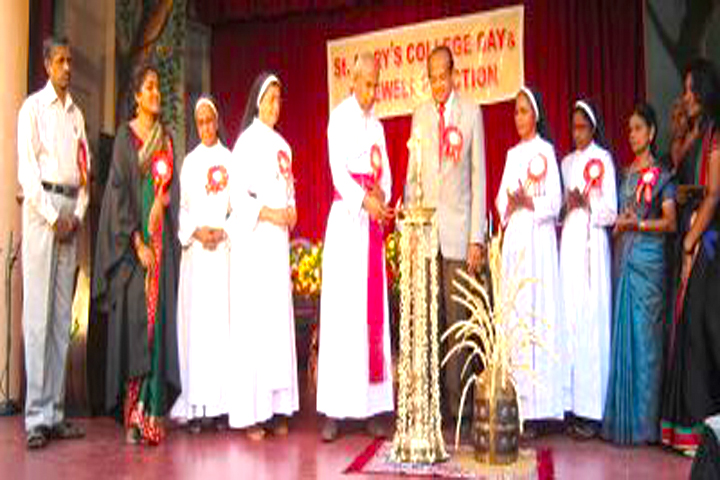 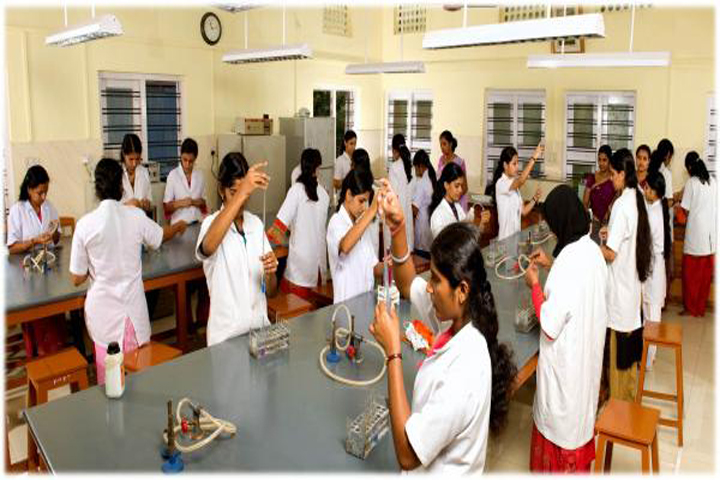 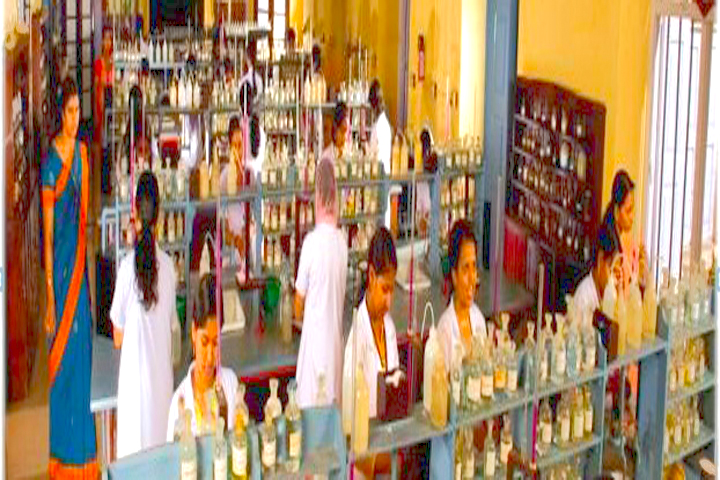 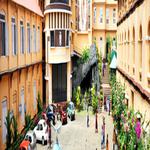 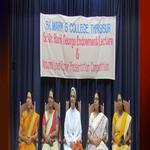 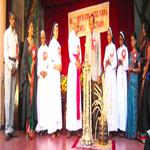 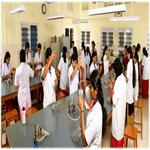 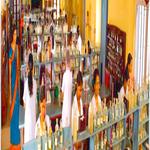 Showing 1 out of 1 Questions
22 Views

Admissions to BA course in History into St. Mary's College, Thrissur has started for students. The last date of application has not been declared by the authorities of the college. You can visit the official website of the college to apply for your choice of course & wait for the counselling process to begin.

The college has a girl's hostel facility which provides good hostel accommodation for the students.

The college has a health centre with a first aid facility for the students.

The fitness center of the College contains modern fitness equipment like the Multi Gym, Treadmill, or truck, abdomen crunch, swiss balls, dumbbells, yoga mats, judo mat, powerlifting equipment, and weightlifting equipment is also made accessible to the staff and students. A new Fitness Centre is under construction.

The college has is a library facility for all students.

The college has sports facilities for all students.

The college has excellent IT Infrastructure facility for the students.

The college has a canteen facility for staff and students.

The college has a 900 seater Multi-functional Auditorium - Jubilee Hall.

The college has a good networking for the alumni association.

The college has a Wi-Fi facility for the students and staff.

The Science laboratories are spacious with no crowding of experimental stations. They are well equipped and constant additions are made in accordance with the changing needs. At present, there are 8 laboratories.

The college has a convenience store facility for students. (like, photocopying facility & stationery, etc.)