How to join Indian Air Force after 12th - The Indian Air Force is the air arm of the Indian Armed Forces (IAF). In terms of people and planes, it is ranked fourth in the globe. Primary mission of The Indian Air Force includes securing Indian airspace and conducting aircraft combat during armed conflict in the country. Thousands of Indian students apply for it every year in hopes of getting a chance at it.
Read more - Indian Airforce Airman 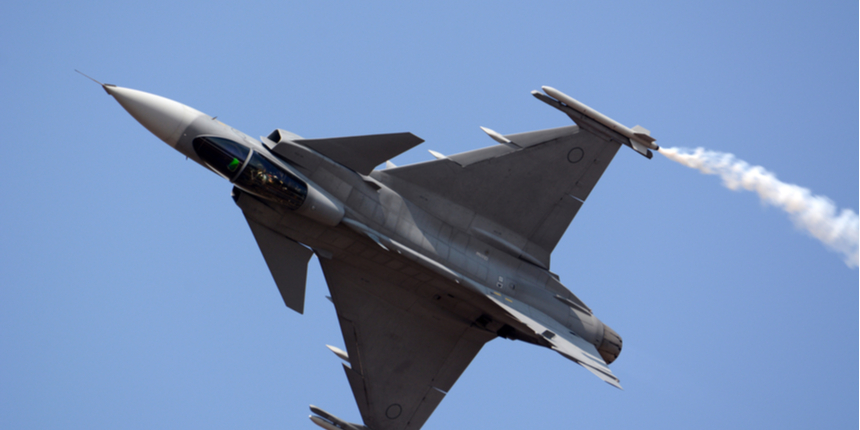 The Indian Air Force is in charge of the country's air defence. They are primarily responsible for attacking and protecting the country using its finest resources.

There are three branches in the Air Force, namely-

To understand how to join Air Force after 12th, we first need to know what skills and personal qualities would be essential to join the Defense Services.

We shall now look at the different ways of how to join Indian Air Force after 12th.

Also read- What are the best career options in India

How to join Indian Air Force after 12th

Now that we have taken a brief look at how to join Air Force after 12th, let us understand these ways in detail.

The NDA exam is the only entry way to enter the Indian Air Force after 12th at an officer position. It is administered by the Union Public Service Commission (UPSC) to recruit unmarried male candidates into Army, Navy, and Air Force. It is held twice in a year (NDA exam 1 and NDA exam 2), mostly in the months of April and November. The application form comes out in the month of January.

There are two stages to clear the NDA:

Candidates who are applying for Air Force particularly, will have to qualify the Pilot Aptitude test (PABT) and Computerised Pilot Selection Test (CPSS).

To be accepted in the Indian Air Force under NDA recruitment, after securing the cut off marks in the written test and appearing for different levels of interview and tests, the individual will have to undergo a medical examination.

Educational Requirement: 10+2 passed or appearing with physics and mathematics.

NDA is one of the answers to how to join Air Force after 12th.

This category is for individuals who want to understand how can I join Air Force afte 12th as Airmen. Group X is for candidates who are have technical knowledge and have finished their 10+2 with Science and Maths or are Diploma holders. Candidates with non-technical qualifications belong to Group Y. The Indian Air Force Group X and Y receive thousands of applications each year from male applicants who have completed their class 12, and want to know how to join Air Force after 12th. It is a highly respectable profession that offers a good salary, employment stability, and a decent number of privileges, benefits, and allowances.

Age limit: The applicants' age should not be more than 21 years.

For millions, joining the Indian Air Force and earning the wings to live a life of glory and pride is a dream. Through the above article, we have tried to give you answers to how can I join Air Force after 12th. This ambition may be fulfilled in a variety of ways, including joining the Indian Air Force as an officer or as an Airman, by clearing the required tests and interview as is mentioned in the above article. This job requires a lot of strength, perseverance, critical decision making skills, leadership skills, and so on. You will have to bear all the odds throughout your training, most of which might be hard, both physically and mentally. Therefore, make a mindful decision, gather all the required information and make the right decision for your career. All the best!

Author- The author of this article is Nikita Kukkar, who is a Counselling Psychologist, with extensive experience in Career Counselling of high school students.

Question: How many candidates apply for the NDA Exam?

Approximately 4-5 lakh candidates every year apply for the NDA exam.

Question: Can 12th appearance apply for the Air Force?

Yes, you can apply while you are in 12th grade. But you need to have a certificate while at the training centre.

Question: What is the salary for Air Force Y group?

Air Force “X” exam consists of English, Physics, and Maths of 10+2 level and the time duration is of 60 minutes. It also has reasoning and general awareness tests. The Written Test is the first stage of the selection procedure of Air Force Group X and Y. Therefore it is a little tough and requires preparation.

Question: Which is the highest post in the Air Force?

Marshall of the Air Force is the highest.