Railway jobs after 12th: Not only is Indian Railways the lifeline of our nation but also the 4th largest rail network in the world by size. There is no dearth of employment opportunities in this huge industry and therefore every year thousands of Indians, especially class pass-outs, get employed by the Indian Railways with promising salary packages. And now that the Government of India has permitted the entry of private players in this industry, employment opportunities are sure to rise with much more handsome packages, rewards, and facilities, thereby increasing the number of available railway jobs after 12th. Read the article to know about a career in railway after 12th. 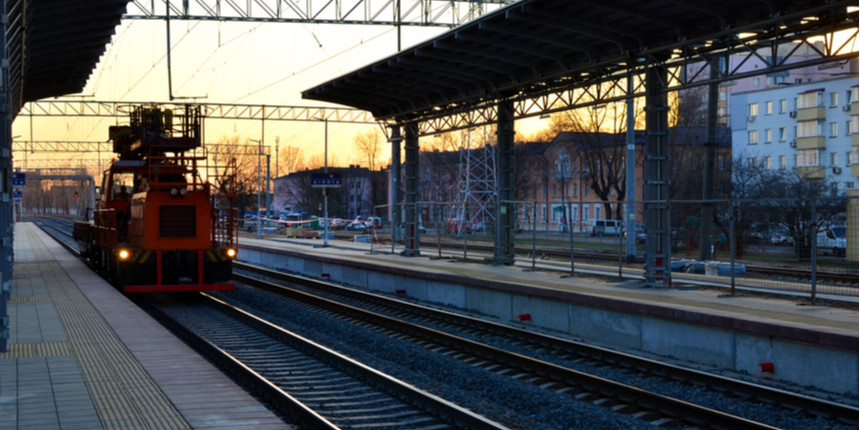 The Ministry of Railways (Railway Board) had set up a Railway Recruitment Control Board (RRCB) to coordinate and streamline the working of RRBs, and in the year 1998, all RRBs came under the direct control of the Ministry. At present, we have a total of 21 Railway Recruitment Boards functioning from different states of India. The main examinations held by the RRBs for various Indian railway jobs after 12th are:

The purpose of this article is to give you insights into the various railway jobs after 12th and the recruitment process of the Indian railways.

The process of application for Indian railway jobs after 12th is online wherein the candidate can apply through any one Railway Recruitment Board (RRB) only. Therefore only a single online application is permissible for one candidate. You will have to apply at the official website of your preferred RRB.

The recruitment process shall consist of the 3 stages namely-

The shortlisted candidates will then go through a medical examination and document verification.

The candidates need to have a typing proficiency of-

Hindi- 25 wpm, without editing or spell-check tools and facilities.

Continue reading the article to know about career in railway after 12th and railway posts for 12th pass .

While the syllabus remains the same, the exam pattern for ALP and Technician posts in Indian railway jobs after 12th is slightly different than the NTPC post.

The exam is divided into 3 stages that involve 1st Stage CBT, 2nd Stage CBT but in two parts- Part A (90 minutes for 100 questions) and Part B (60 minutes for 75 questions) and the final stage of CBAT (only for ALP candidates) followed by medical examination and document verification.

Indian Railways is the 8th largest employer in the world with thousands of vacancies being advertised annually by the Central Employment Notice for Indian Railway jobs after 12th. This happens to be a great opportunity for 12th pass outs for several reasons as enumerated below.

Like all other government jobs in India, railways also follow the 7th CPC matrix as laid down by the GOI. This leads to increased Basic Pay along with Grade Pay and bonuses and makes the railway recruitment jobs after 12th a good option for interested students.

The railway employees are also entitled to various allowances like Dearness Allowance (DA), House Rent Allowance (HRA), Allowance for Night Duty, Daily Allowance, Transport Allowance, and Overtime Allowance. which when summed up leads to a very handsome in-hand salary that is two times the basic pay.

Continue reading the article to know about a career in railway after 12th.

Railway recruitment jobs after 12th offer multiple perks and benefits to the employees, like-

We have seen that there is a variety of railway posts for the 12th pass. It is a huge government department that takes really good care of its employees and provides financial security for a lifetime.

If you aspire to join Indian railway jobs after 12th, keep an eye out for the next Central Employment Notice on the RRB website.

Author: The author of this article is Anindita Nandy, who is a Psychologist, with expertise in Career Counselling of high school students.

Question: Can I join railways after 12th Arts?

Yes definitely, there are many jobs after 12th Arts or Commerce in railways like the ones mentioned in this article.

Question: What is the salary of Group D posts?

According to the 7th CPC, the starting salary is Rs. 18,000 per month plus allowances like DA, TA, HRA etc.

Question: What is the selection process for Group D in Indian Railways?

The selection of a candidate in Group D is based on performance on CBT & PET. This will be followed by a medical examination and document verification.

Question: Can I apply for more than one RRB?

No. You cannot apply for more than one RRB else your application will stand cancelled.

Question: How can I apply for a job in the Indian Railways?

You can apply for a job in Indian Railways through the official website of any one Railway Recruitment Board (RRB).