The Fatima Mata National College (FMNC) is located in the city of Kollam, formerly known as Quilon, in the state of Kerala. This city is a coastal one, next to the picturesque Laccadive Sea. It has thus, long been a trading hub. The Fatima Mata National College itself is also quite old, having been founded way back in the year 1951. The founder was Bishop Jerome Maria Fernandez. He was the Catholic Bishop of Quilon, but also an ardent educationist. Several schools, colleges and other institutions got built through his initiative. The Order of Our Lady of Fatima has been behind the running of this institution.

The FMNC is at present affiliated to the University of Kerala, located in the capital of Thiruvananthapuram. This affiliation ensures the approval of the UGC (University Grants Commission). The FMNC has been accredited by the NAAC (National Assessments and Accreditation Council), earning an A grade rating in it. A separate IQAC (Internal Quality Assurance Cell) has been created to this end, to ensure that all the terms of the NAAC are complied with. An AQAR (Annual Quality Assurance Report) gets generated to quantify the results. The college campus stretches over fifteen acres of land. It also has several sister institutions, spread over Kerala.

At present, courses are on offer, here at the Kollam- based Fatima Mata National College, both at the UG and the master’s levels, from across the academic streams. At the undergrad level, the B.A. is offered in the areas of English Language & Literature, Economics, Malayalam Language & Literature and in History. Likewise, the BSc. is offered for several courses in Physics, Chemistry, Computer Science, Mathematics, Zoology, Polymer Chemistry and in Psychology. Commerce students may still go for the B. Com course. This B. Com can also be taken up in combo with the Computer Application. Similar programmes are available at the master’s level.

A lot of the courses mentioned here may be taken up under the self-supporting mode, while some are on offer under the aided programmes scheme. There is also a regional facilitator for the English language qualifying papers, provided by the renowned Cambridge University. Research too plays a key role here. So, the library here is one of the best stocked within the region. Besides the physical books on display, it also provides digital access to en number of international academic journals for research and academic purposes. The college has also signed linkage agreements and the corresponding MOU with several educational and industrial bodies.

Such MOUs help in generating consulting assignments for the college. It also helps students and faculty members to interact with the broader academic community. Names with signed MOUs include the likes of King Fisheries, Radio Benziger, State Resources Centre in Kerala, the Tax Study Centre in Ernakulam and a few more. Several top industries or government bodies have even generated third-party research projects for the FMNC. This includes the likes of- the UGC, ICAR (Indian Council for Agricultural Research), ICSSR (Indian Council of Social Science Research), UNICEF (United Nations International Children’s Education Fund), UNESCO (United Nations Educational, Scientific and Cultural Organisation) and the DRDO (Defence Research and Development Organisation).

It also includes the MOEF (Ministry of Environment and Forests), ICMR (Indian Council of Medical Research), CSIR (Council for Scientific and Industrial Research), SERB (Science and Engineering Research Board), DST (Department of Science and Technology), DBT (Department of Bio-Technology), BRNS and several more. As part of the Kerala State IT Mission, the Fatima Mata National College has also signed up for the Skill Enhancement Women Empowerment Programme. The college has always believed in providing benefits to the broader society. The students here have likewise been instilled with such value. And that is why the students of this college have been active participants in government schemes such as the NSS (National Service Scheme) and the NCC (National Cadet Corps).

The college was ranked 100th by the NIRF in the year 2020 in the college category. The alumni from this college too deserves a special mention, thanks to the overall history at the FMNC. Some of the leading luminaries, from across the fields includes- Suresh Gopi, Eugene Pandala, K.P.A.C. Sunny and Balachandra Menon. Research too plays a key role here. So, the library here is one of the best stocked within the region. Besides the physical books on display, it also provides digital access to en number of international academic journals for research and academic purposes.

There are also several research centres in here. The entire academics here is run by a cohort of five departments, each with expertise in its own area. Besides, the campus has much to offer. There is a sports field where cricket and football may be played. Facilities are also there for indoor sports. The gymnasium may also be used by all. A large auditorium is there to facilitate major events, at both intra and inter-college levels. The campus has adequate internet facilities in here. Hygienic food is prepared at the college cafeteria. Finally, there is the college chapel, used as a prayer room. The staff has even organised itself into a cooperative bank here.

College experience had been wonderful

Posted on 12 Sep' 16 by Anonymous
This user choose to post privately in case a user is anonymous.
Fatima Mata National College and Karmela Rani Training College were established with the ultimate aim of prioritizing the spread of education as the first step to the social uplift of the backward communities.MY COLLEGE EXPERIENCE HAD BEEN WONDERFUL.There's an active gaming community with some multiplayer staples being FIFA, Counter-Strike, Age of Empires. If you're a gamer, you'll find a number of people who share your interests, regardless of whether you're a hardcore role-player or a religious FPS nut. OURS is a primarily residential campus with two separate hostels built to accommodate male and female students. Of course, we have our fair share of Day Scholars and you are free to stay outside if you so wish.The Library and Academic Block are soon to be AC'd. As for the Hostels, we can't confirm anything just yet. Although, the weather is quite pleasant during the rainy season and the campus tends to be windy. We won't disagree that it is quite humid, though. 6
Read More
Is this Review Helpful?
Share your experience with others Write a Review

This College is accredited by NAAC B (National Assessment and Accreditation Council) validity is 01 Nov 2023 and the score is 2.47 . 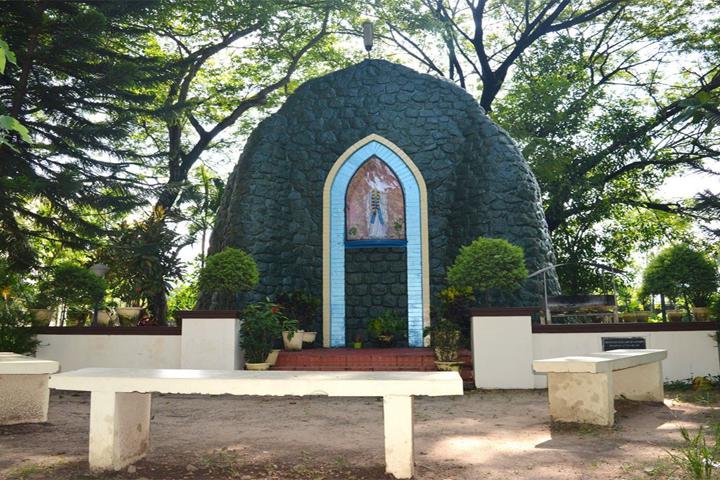 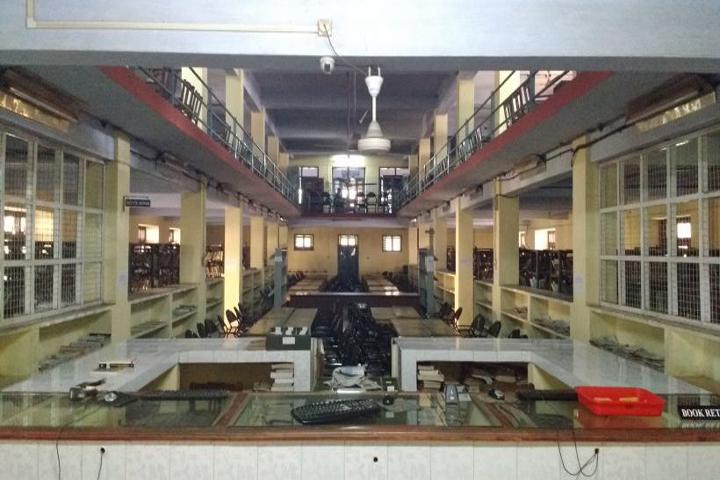 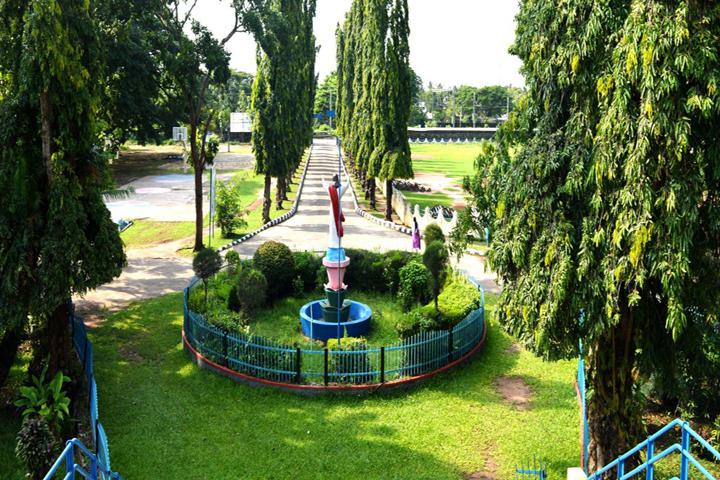 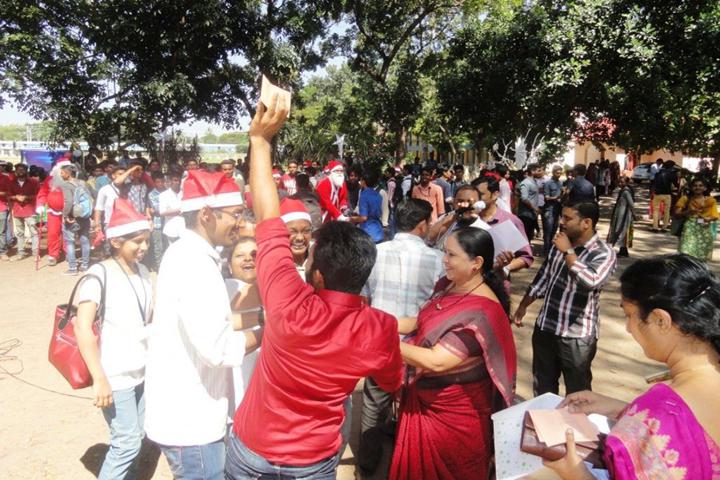 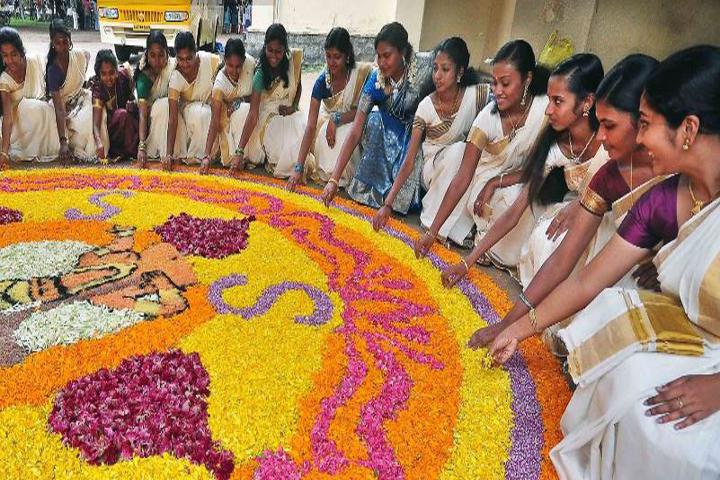 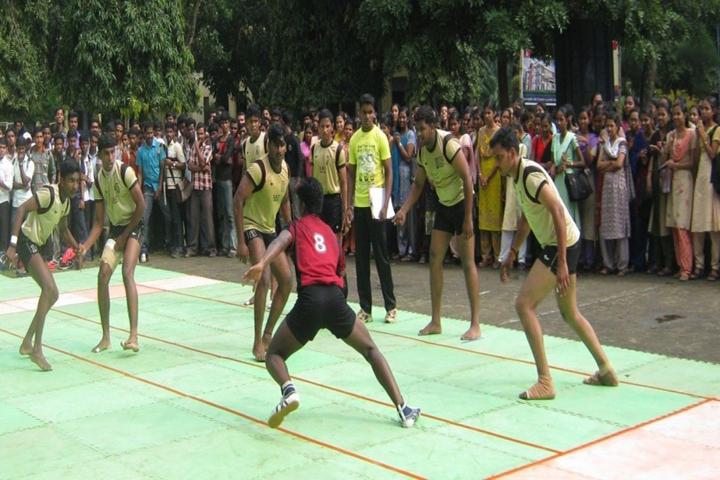 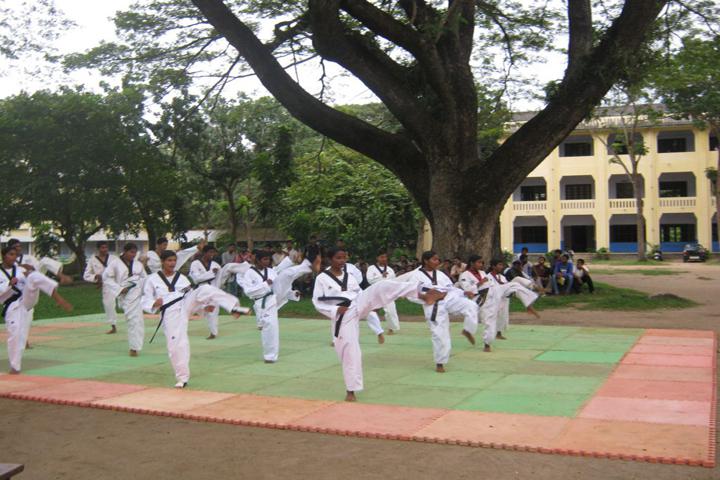 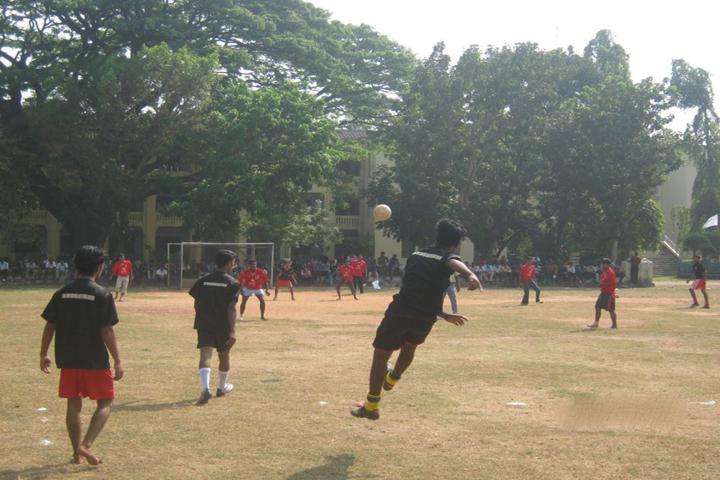 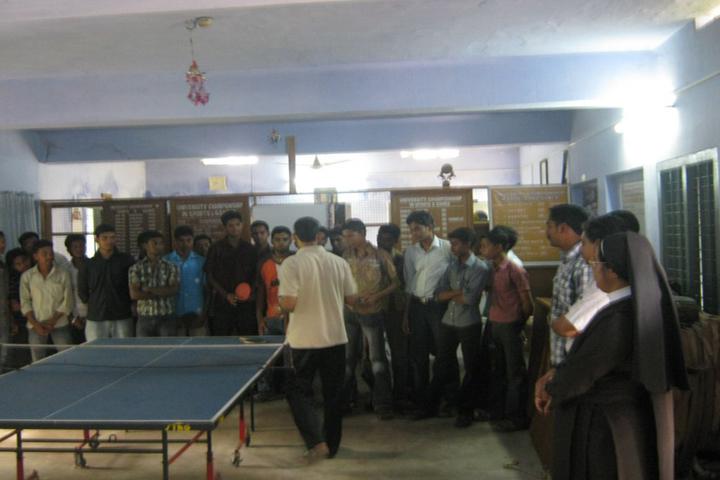 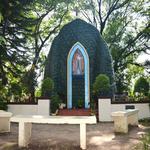 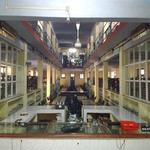 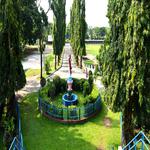 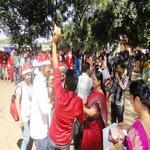 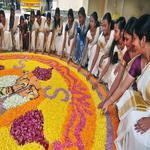 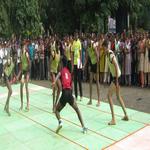 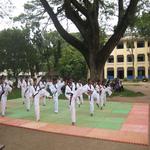 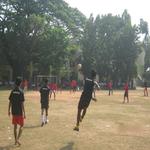 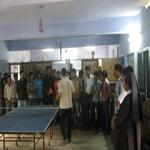 Question: What was the NIRF ranking given to the Fatima Mata National College, Kollam in the year 2020?

100th NIRF rank in the college category was given to the Fatima Mata National College, Kollam in the year 2020.

Location and Layout: The College Library is located at the center of the main building, and covers two floors. It is divided into a graduate section and a post-graduate section. The stock of the library has been computerized for easier location and systematic issuance.

The college has a hockey ground and a basketball court in the front yard, a multipurpose ground with football court and athletic track behind the Chemistry block. An exclusive badminton and volleyball court for female students is located inside the Quadrangle. The Physical Education department owns a motorized lawn mower which helps in keeping the grass well-trimmed always. List of Facilities Available Basketball Court Volleyball Court Kabaddi Court Multi Gym Badminton courts Hockey ground Football Ground Athletic Track

Fatima College has already stepped into becoming an IT Campus with a full-fledged Wi-Fi campus and also with a complete LAN facility. Every department and computer in the college is connected under a single hub. The College also has a Cyber Room and internet-facilitated Labs for students to use for research and internet browsing. College also provides individual email addresses under the college domain for staffs.

The college has a spacious and well-equipped auditorium named after His Lordship, Bishop Jerome, the founder of the college. Located ideally in the center of the main building, the auditorium is the pulse of the college as it hosts programs of academic importance as well as cultural significance in addition to competitions, inaugurations, variety entertainment and festival celebrations like Onam and Christmas. The auditorium can house an audience of up to 1500.

The whole campus in the college is Wi-Fi enabled. Every block in the campus has Wi-Fi hotspots providing internet facility at a very high speed of 4 Mb/s. This Wi-Fi facility is done as part of a contract between our college and Reliance Jio Infocomm Limited.

In keeping with the current trend in investment in fitness and health, the Department of Physical Education has opened a modern Multi-Gym and Fitness Centre. The center also has equipment like a treadmill and weight-lifting items. It is open to the students on all working days.

A first-aid room is functional on the campus to provide immediate attention to sick students, and relief in cases of emergency. Arrangements are in place with the Bishop Benziger Hospital, of the same management, for quick and speedy service to the students in cases requiring serious medical attention.

The college has a canteen facility for staff and students.