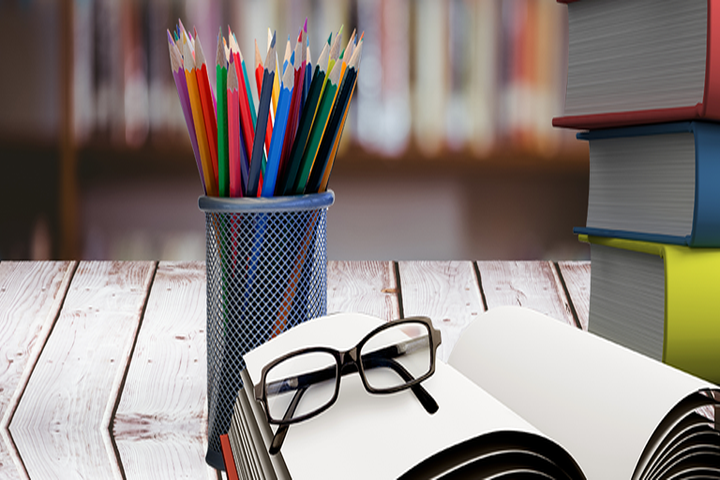 Ph.D. Law shall be for a minimum duration of three years, including course work and a maximum of six years. Extension beyond the above limits will be governed by the relevant clauses as stipulated in the Statute/Ordinance of the individual Institution concerned. The admission to Ph. D Programme conducted by NLU, Delhi is a two-stage process and is strictly based on merit.

Notification of Ph. D seats: The number of seats available for Ph.D. programme will be notified by the University every year before the start of admission process keeping in view the availability of teachers for guiding Ph.D. Scholars. However, the number of seats may be increased up to 25% for considering the applications of regular faculty members of the NLU Delhi for Ph.D. admission, who are otherwise fulfilling the required eligibility criteria

Written test for admission: The admission shall be through a qualifying written test to be conducted by the university. The written test is only a qualifying test and there will be no weightage of marks secured in test in the final selection. The university has modified the evaluation system of written tests for admissions (applicable from entrance examination- 2018). Negative marking has been introduced for written test for Ph. D programme also. (The criteria for negative marking will be based on the formula 0.25*4= 1 that means per wrong answer 0.25 marks will be deducted. Therefore, four wrong answers will lead to deduction of 1 mark).

Submission of Research Proposal: The candidate shall secure minimum 50% marks (40% in case of SC/ST candidates) in the written test to qualify for submission of research proposal. The qualified candidates will be asked to submit their Research Proposal for scrutiny. The University has the right to keep the seats vacant if sufficient numbers of candidates with minimum cut off marks are not available.

Exemption from written test: Candidates who have qualified UGC NET/JRF, SLET, and M. Phil. are exempted from the taking the admission test. They will be asked to submit their Research Proposal for scrutiny along with other qualified candidates.

To be admitted to the candidature for a doctoral degree an applicant shall have:

A Master's degree in law or a professional degree declared equivalent to the Master’s degree in law by the corresponding statutory regulatory body, with at least 55% marks in aggregate or its equivalent grade 'B' in the UGC 7-point scale (or an equivalent grade in a point scale wherever grading system is followed) or an equivalent degree from a foreign educational Institution accredited by an Assessment and Accreditation Agency which is approved, recognized or authorized by an authority, established or incorporated under a law in its home country or any other statutory authority in that country for the purpose of assessing, accrediting or assuring quality and standards of educational institutions.

obtained a degree in law and Master’s Degree with M. Phil. in social sciences or humanities of any recognised university with at least 55% marks in aggregate or its equivalent grade 'B' in the UGC 7-point scale (or an equivalent grade in a point scale wherever grading system is followed)

Provided that candidates with qualifications in social sciences and humanities may be admitted to the programme if the research they wish to pursue interfaces with the discipline of law with a special focus on Public Policy or Law.

For the above two categories, a relaxation of 5% of marks, from 55% to 50%, or an equivalent relaxation of grade, may be allowed for those belonging to SC/ST/OBC (non-creamy layer)/Differently-abled and other categories of candidates as per the decision of the Commission from time to time, or for those who had obtained their Master's degree prior to 19th September, 1991. The eligibility marks of 55% (or an equivalent grade in a point scale wherever grading system is followed) and the relaxation of 5% to the categories mentioned above are permissible based only on the qualifying marks without including the grace mark procedures.

Candidates possessing a Degree in law and Master’s Degree considered equivalent to M.Phil. The degree of an Indian Institution, from a Foreign Educational Institution, accredited as per UGC Regulations shall be eligible for admission to PhD programme.

Degree in law and PhD in any discipline.

Judge of any State High Court in India with three years’ experience or Judge of Supreme Court of India.

The Vice-Chancellor may permit a member of the NLU, Delhi faculty to take up Ph.D. Degree course along with his / her teaching assignment in the interest of faculty improvement on the condition that his / her teaching and other responsibilities are not hampered in any way provided such candidates fulfill the conditions prescribed in the Ph.D. Regulations.

Be simple and learn more

Posted on 05 Feb' 17 by S.k.
Batch of Jan. 1, 2020 | Ph.D Law
College Infrastructure- 4 start. I have not given 5 star only because NLU Delhi dont have any playgrounds. Students play football on basketball court. There is a separate volleyball and badminton court. Auditorium and Moot Court hall here are luxurious. Campus is small as compared to other law schools, but then again it has Urban locality and it is in capital of India. World class library facility, special Moot court research room. College Placement- 5 star. All big law firms visit the campus and multinational law firm like Linklaters take placements only from NLU Delhi in India. All good students are placed in P.P.O itself. Average placement would be around 12-14 Lahks. Every year at least 4-5 students get admission in Harvard, Cambridge, Oxford college for higher degrees. In 2014-15, 3 students from NLU Delhi cleared UPSC examination. And the Delhi and Haryana Judicial Examination toppers were also from NLU Delhi. Faculty- 4 star. Some faculty for first and second year really lack qualities of the prestigious law school. 3rd year onward university provides renowned faculty to teach at the classrooms.Renowned Faculties of India. College Life- 4 star Lot of academic pressure here. National Law University Delhi (NLU Delhi) has been officially selected by ICC Hague and Leiden University for organizing the 2016 India Qualifying National Rounds of the International Criminal Court Moot Court Competition. HSF International negotiation competition is organised in India only at NLU Delhi. College will also organize Price Media Moot 2015 South Asian Rounds. So you get lot of experience here as some world famous events are organised here. Hostel- 3 star. Separate hostels for boys and girls. Here students get 3 seater rooms for first 3 years. And for last 2 years they get 2 seater with attached balcony. Mess food is really good as compared to other colleges. Common room has TT table and a pool board along with a Television. Gym facility available here. 2 lifts installed in the building Provision for Hot water in bathrooms. 2 Water cooler along with R.O. Facility on each floor. Students get a separate study table, chair.
Read More
Is this Review Helpful?
Share your experience with others Write a Review

Ph.D Law by other Popular Colleges