Lessons from the baby elephant: Smash the peg. Set yourself free!

DO you know what they do to keep a circus elephant from running away? They tie a metal chain onto a collar around the mighty elephant’s leg – and tie it to a small wooden peg that’s hammered into the ground. The 10-foot tall, 5,000 kilo hulk could easily snap the chain, uproot the wooden peg, and escape to freedom. But it does not do that. In fact it does not even try. The world’s most powerful animal, which can uproot a tree as easily as you and I can break a toothpick, remains tied down by a small peg and a flimsy chain. How come?

And now when the big circus elephant is tied by a chain around its leg, it remembers the pain it felt as a baby. And it does not try to break away. So even though it’s just a chain and a little wooden peg, the elephant stands still. It remembers its limitations, and knows that it can only move as much as the chain will allow. It does not matter that the metal stake has been replaced by a wooden peg. It does not matter that the 100 kilo baby is now a 5,000 kilo powerhouse. However, the elephant’s belief prevails.

If you think about it, we are all like the circus elephant. We all have incredible power inside us. We have it in us to take on the world. And of course, we have our own chains and pegs. Our self-limiting beliefs that hold us back. Sometimes it’s a childhood experience or an early failure. Sometimes it’s something we were told when we were younger. That becomes our chain and peg, holding us back from doing what we are capable of, stopping us from achieving what was well within our powers. Time then to ask the question: what’s holding you back? What’s your chain and wooden peg?

When we are young, many of us grow up on a diet of “Don’t do that”, or “You can’t do it!”, or “You are no good!” And we stop ourselves from aiming high. We say “I can’t do it because…” and fill in our favourite excuse. Because I don’t speak English too well. Because I didn’t study in a premier B-school. Because I come from a poor family. Over time, these beliefs about our limitations become stronger and stronger. These self-limiting beliefs become chains that stop us from trying. Circumstances change, metal poles get replaced by wooden pegs – but we don’t recognise that. We stop trying. We give up without even trying.

And in life we often play the role of the elephant trainer, too – as parents, teachers, colleagues or friends. When that happens, remember to handle your baby elephants with care! Don’t be overly critical. Don’t belittle them. Don’t chain them to a peg!

Time then to break free. Snap the chain. Smash the peg. Break your self-limiting belief. Set yourself free. Today!

Unleash the elephant within! 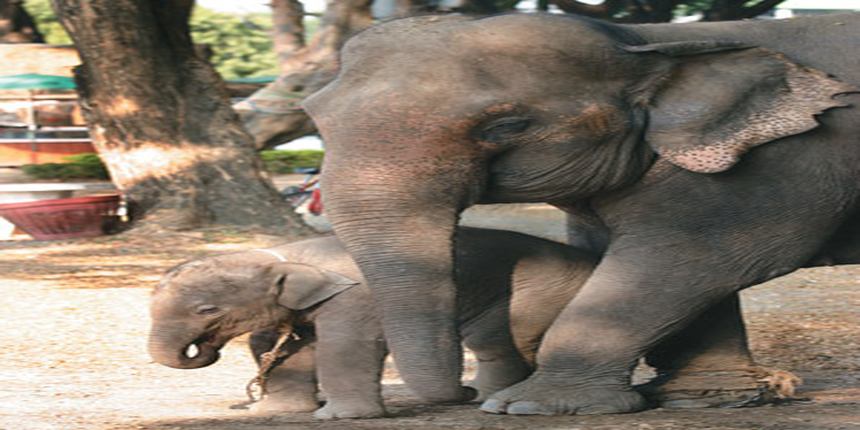 Factors That Affect The Longevity Of Life