Govt. jobs after 12th - Govt. jobs in India remain in great demand due to their social standing and employment security. Every year, thousands of students are drawn in by the prospect of a well-paying and stable job. Many individuals want to work in the public sector once they graduate from high school. Departments such as defence, banking, and railways, among others, have numerous openings for them. The following article will inform you about the best government jobs after 12th and opportunities accessible in the government sector after completing your class 12. 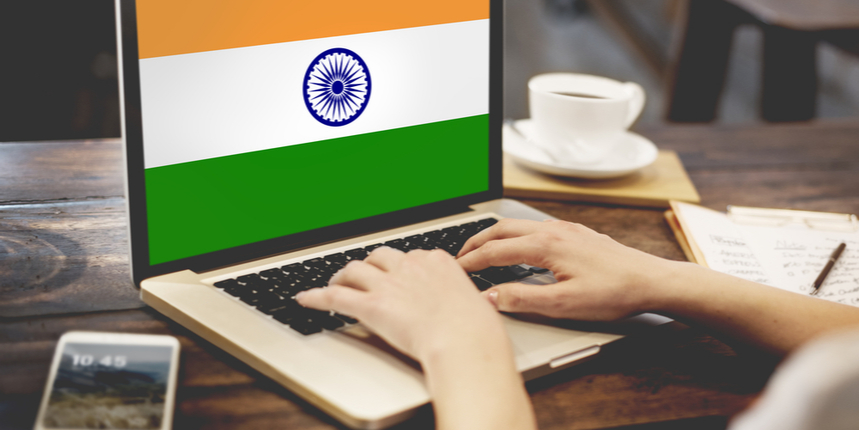 After having got a brief idea of some of the govt jobs after 12th, let us explore them in more detail.

a) Airman/Airwoman: The Indian Air Force Airman/Airwoman is responsible for ensuring that all air and ground operations go properly. Armed forces personnel take part in warfare and are educated in navigation, first aid and fitness among other skills.

There are two groupings, Group X and Group Y and have technical and non-technical components. As a member of the technical group, Airmen are responsible for the maintenance and repair of aircrafts, weapons systems, radars, and specialty vehicles. Non-technical group members are responsible for finances, accounting, admin, management of human resources, safety, logistical assistance and vehicle transport, etc. These might be some of the most lucrative government jobs after 12th 2021.

Eligibility criteria: 50 % in 12th having studied Physics, Mathematics and English from a recognised board. Candidates will have to appear for Joint Basic Phase training (JBPT) which consists of physical, medical & visual tests.

Staff Selection Commission: Staff Selection Commission (SSC) is an entity under the Government of India that recruits personnel for various posts in the Government of India's Ministries and Departments, as well as in Subordinate Offices. The exam by SSC is considered as one of the toughest exams. After completing class 12, there are a number of SSC exams to take. Such as SSC CHSL, SSC Stenographer, SSC Clerk. These are some of the most sought after government jobs after 12th 2021.

a) SSC CHSL: Data Entry Operator (DEO), Lower Division Clerk (LDC), Postal Assistant/Sorting Assistant & Court Clerk are among the positions for which the SSC organises the CHSL test. It is held around the country and is one of the best government jobs after 12th for females.

Eligibility Criteria: This exam requires a 12th grade diploma from a recognised school board. It is essential that the candidate be an Indian citizen and between 18-27 years of age.

b) SSC Stenographer: The Staff Selection Commission (SSC) conducts a combined all-India test for the employment of stenographers in grades C and D. This is one of the best government exams after 12th. The job of Stenographer requires to work in a courtroom or other venue where legal processes are conducted. They type spoken words onto a steno machine, a typewriter for shorthand, to convert them into written form.

Eligibility Criteria: It is necessary for the candidate to have completed class 12 from a recognised board. The individual must be between 18-27 years of age.

The SSC exams are taken by a large number of students after class 12 who want to get into best government jobs after 12th.

Indian Railways: Indian Railways is considered to provide secure jobs and stable careers for their employees. This industry employs the greatest number of people, and is one of the most chosen sectors for government jobs after 12th 2021. An employee working with the Indian railways gets various benefits such as residential quarters, free medical care, free travel, etc. There are various govt jobs after 12th with good salaries in the Indian Railways. It is one of the reasons that many youth aspire to work in the railways.

It is feasible to join the railways after completing class 12. You will have to take the RRB Exam, which stands for Railway Recruitment Board. After appearing for RRB exam you are eligible to apply for various posts mentioned as below:

a) Railway Clerk: Train Clerks are responsible for verifying the number of waggons and coaches in the railway yard, creating train papers like Vehicle Guidance (VG), and feeding this information into railway network terminals, among other things.

Eligibility criteria: Minimum aggregate score of 50% in matriculation or its equivalent

b) Assistant Loco Pilot: An ALP, Assistant Loco Pilot assists the Loco Pilot with the smooth functioning of the train. The position has a high level of job stability and comes with a solid salary and other benefits. The individual is responsible for ensuring the proper operation of the locomotive, doing minor repairs in the train, checking for signal changes, communicating with other railway officials, etc.

Eligibility criteria: Applicants for this position must have passed 10th grade / 12th grade examination or an equivalent from a recognised board. And the individual must be between 18-27 years of age.

c) Railway Constable: Railway Constables are responsible for keeping internal peace and protecting railway staff and passengers. After a period of loyal service, the officers are elevated to the rank of inspector. To become Railway constable, one has to appear for RPF Constable Test. It has four stages – Computer based test (CBT), Physical measurement (PET) and Physical Efficiency Test (PET)

Eligibility criteria: Applicant must have passed 12th grade or equivalent and must be between 18-25 years of age. He/she must be a citizen of India.

People have a misconception that government jobs are solely for highly qualified people, which is just not true. After reading the article, we can now understand that there is a range of government jobs after 12th, and aspirants have multiple exams to choose from, depending on their preferences, needs, interests, and expectations.

Nikita Kukkar is a Counselling Psychologist, with extensive experience in Career Counselling of high school students.

Question: Which SSC Exam is best to apply after 12th ?

After class 12, you can apply to the SSC exam as per your interest. Some of the available options are: SSC CHSL, SSC MTS, SSC Stenographer, etc

Question: What are some of the government jobs after 12th Commerce?

Question: What are the skills required to become an Indian Airforce Airman?

Question: Where are Railways Constable posted?

Railways Constables are usually posted anywhere out of the 18 railway zones in the country. They may also have job-related transfers after a certain period of time.

Question: What is the minimum qualification required to appear for any government job?