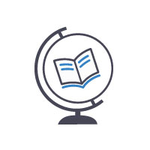 What is Political Science

Political science is a subject falling under the social sciences umbrella, which teaches students about the working of the government, both state and central, and other agencies, and how this knowledge can be implemented practically for the betterment of the country overall.

India has a rich political history that began with the formation of the Indian National Congress, post-Independence.

Ever since, the country has seen and been affected by many minor and major politically significant incidents, along with the formation of many thousands of political parties all over India.

As a result, Political Science has been one of the most opted courses and continues to remain so with growing interest of the new generations in politics.

Colleges, universities and institutes in India usually have the basic requirement that candidates must have completed their 10+2 from a recognised board with a minimum of 60% marks. There is no specified stream in which students must have studied their 10+2.

For candidates seeking postgraduate admissions in Political Science, the eligibility criteria entail a Bachelor’s degree, in any discipline, from a recognised University with a minimum of 50% marks.

In both cases, the eligibility criteria hold for candidates sitting for the institute’s entrance examination. Only upon clearing the entrance exam can admission can be granted.

Scope of Political Science in India and Abroad

According to the UN, India has the largest democracy in the world. The number of political parties is well within the range of thousands and each of these political parties, along with government agencies and services, require countless hands on deck for them to function smoothly. Pursuing a course in Political Science opens up a lot of doors for students in the career field.

Abroad, in many countries, a degree in Political Science means a lot of scope in jobs like International Relations, Social Services, Embassies, and many others. The career options are plentiful and of various types, meaning there is a lot of room for exploration as well.

With only minor variations from institute to institute, some of the most important subjects taught in Political Science courses, in keeping with the above-specified curriculum, include:

Political science is one of the most versatile social sciences degrees, opening up many career opportunities for graduates. The study of political science helps students inculcate valuable skills in writing and communication, as well as research.

Upon reaching the graduate level, pol science students can analyse political documents, conduct original research in areas that interest them, and even publish their findings.

With a degree in political science, students get prepared for careers in academics, and management-level positions in government or politics, in addition to the usual job profiles that many opt for.

The prospects in the field are multidisciplinary and multifaceted, and a career in the same can be highly rewarding.

In the ever-changing, ever-dynamic world of politics, there are many new research topics and areas of interest that keep cropping up from time to time, which lead people to ask questions and explore ideas more. Some heated topics of discussion and upcoming trends in Political Science as can be observed today are:

Same-Sex Marriage and LGBTQ Adoption Right- The millennial generation and the Gen Z, have in recent times proven to be very politically involved and have organised and implemented many protests in favour of LGBTQ rights.

The questions revolving around gay marriage, LGBT adoption rights, and other related topics have been posted to the governments all around the world, as a result of which countries like Germany, Malta, Colombia, Greenland, Ireland, Finland, Luxembourg, Scotland, England, Brazil, and many others legalised same-sex marriage.

Abortion Rights- A very recent topic that emerged and has been highly debated worldwide, many laws have been passed regarding the rights that a woman has to abort her child under varying circumstances.

Hate Speech- In the wake of the Covid-19 pandemic, there has been a lot of scapegoating, hate, scare-mongering and xenophobia going around with different communities being blamed for the spread of the virus.

The anti-foreigner sentiment, crackdown on migrants and refugees, and anti-Muslim attacks have emerged worldwide.

This widespread preaching of hate symbols and vilifying speech has led to enormous discontent and resentment among many communities, and the governments around the world are appealing for this movement to be brought under control.

After completing a degree in Political Science either at the Bachelor’s level or higher, one can seek jobs in many organisations in the public and private sector. In the public sector, some popular job profiles that candidates opt for include:

While salaries vary enormously based on years of experience, job profile and several other factors, the average annual salaries for some political science job profiles have been estimated as follows:

In addition to gathering a wealth of knowledge about politics and the governments, both in India and abroad, a course in Political Science teaches students a few other important skills which are essential to a successful career in the field. Candidates must also strive to polish their skills in a few additional areas to top it all off.

Some of the necessary elements of a Political Science degree skills are: 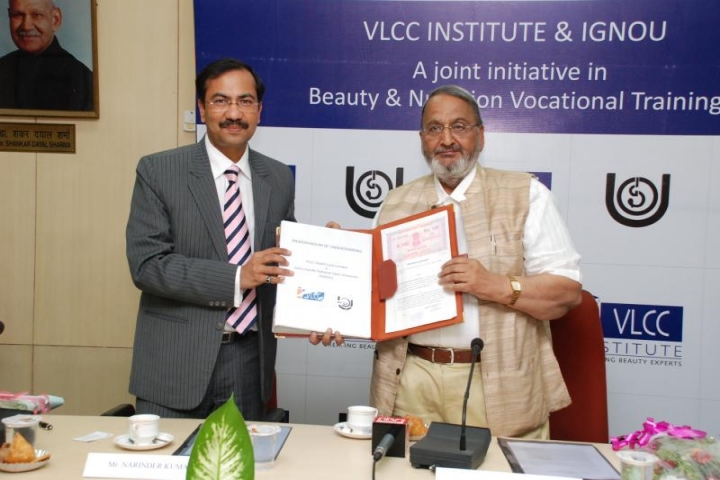 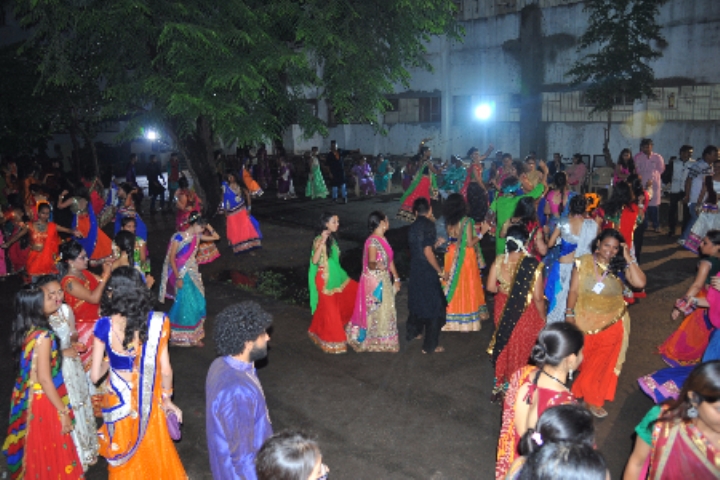 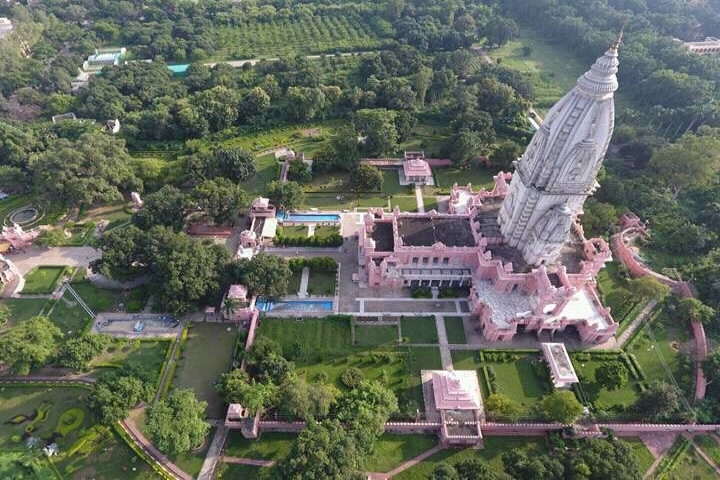 The study of Political Science gives students a deep insight into and understanding of policies and laws of the land. While a political science degree opens up many opportunities for candidates in terms of employment, those who opt for higher studies in the same can pursue very lucrative careers.

Question: What are the major topics under Political Science?

The many branches and sub-branches of the Political Science subject include Political Economy, State Politics, Political Philosophy, Comparative Politics, and International Relations.

With a genuine interest in the laws and policies of the country as well as politics and its works, it is extremely interesting to study Political Science. The basics of the subject are covered in the school itself for those who opt for the subject, making sure that students have some fundamental preparation to study the subject at the degree level.

Question: What are my options immediately after a BA(Hons.) in Political Science?

After a Bachelor’s degree in Political Science, candidates have plenty of job opportunities to launch their career in. If, however, they wish to pursue higher studies, the next step would be to go for a Master's and specialise in any particular course.

Question: Why is Political Science so important, especially in today’s date?

Over the past decade we have seen an increasing amount of influence social media has on not only an individual but community as well, which has in recent history been used countless times by world leaders, celebrities and even regular people to not only influence but manipulate their user base.

And not only through their posts, through the exceeding amount of control one can get on these websites which collect your information like Facebook, Instagram and Twitter which use an immense amount of information of every single person on their platform for targeted advertising.

Which is then used to create numerous fake accounts to create a perception of that group being better even though that is not the case and is pure manipulation of impressionable individuals making the knowledge of Political Science very important.

what are the topics of micro presentation in Christ deemed to be University for BA triple major in Economics, Political science and sociallogy ...pls anbody answer me

Hello aspirant,
Micro presentation is presenting yourself within a few minutes on a given topic. In a few words, you need to explain the topic which has been given to you on the spot.
It could be a general topic, current affairs, related to colleges, advertising, youth and many other. And remember they would not give a topic which the student is unable to speak.
Candidates are judged on the basis of their interpersonal skills, leadership qualities, social skills, reasoning skills, communication skills, analytical skills, and listening skills are assessed through Micro Presentations. The levels of confidence, knowledge, creativity, etc. are also some important areas of assessment.
Hope it helps

Hello aspirant,
OU is a great institution for pursuing your higher level education. The university offers a variety of courses and is known for its best reputation and placements.
The fee structure involves approx 50k for MA political science. As compared to other universities of is an average price and a very good college.
For more please check the below link
https://www.careers360.com/university/osmania-university-hyderabad/ma-political-science-course
Hope it helps

Hello aspirant,
The course fee of any course is different for different states and also for different colleges.
It varies on a number of factors.
The general course fee for ma political science would cost you around 20k to 1 lakh across India.
For Urdu as you have mentioned it ranges from 4k to 80k all over India.
But not to forget that you would get to know the exact details and fee structure one you mention the state and college precisely.
Hope it helps

If I takes political science or sociology for degree,what are the job options available for these subjects??

Sociology is the study of society

These all are the job opportunities after political science and sociology.

I hope this helps you

Here is the list of some top colleges in Kerala , that offers BA Pol. Sc:

To know more about the colleges , refer this : 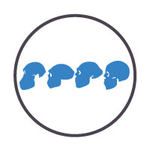 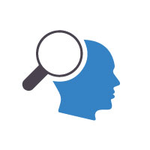