SSC Jobs after 12th - Government jobs in India have always been a coveted career choice among the youth. With plenty of opportunities available this service also poses tough competition among the aspirants. After all, no other career gives the king of job security and stability like the Government services, including SSC posts after 12th 2021. Moreover, the government employees also get several perks and benefits like grade pay over the basic pay, free accommodation, travel and medical allowances etc. The two most important government recruitment authorities in India are UPSC and SSC, and this article focuses particularly on SSC jobs after 12th. These posts are open to students from any stream in 10+2. 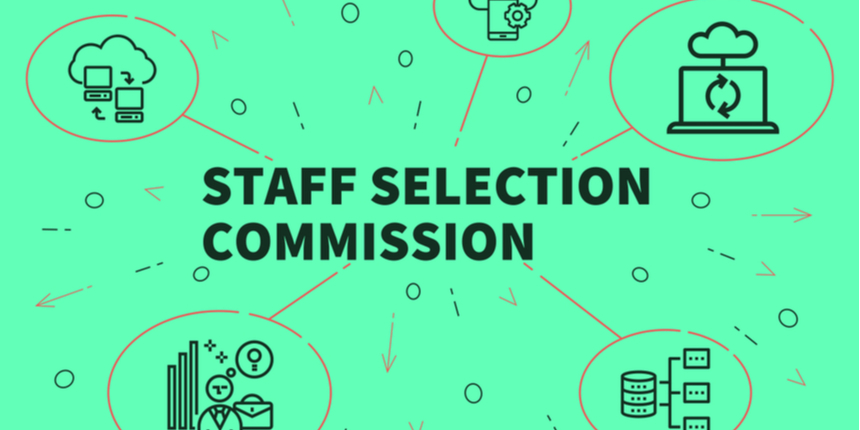 Staff Selection Commission, erstwhile known as Subordinate Services Commission, came into effect in September 1977 for the purpose of recruitment of Class III (now Group ‘C’) non-technical posts in various Ministries and Government departments. The main aim of SSC was to recruit for all the Class III & Class IV category posts as they constituted the bulk of the staff both at Central and State Government levels.

Let’s have a look at a table consisting of various SSC jobs list after 12th, eligibility criteria, exam to be given and basic pay scale for the same.

These are some of the most competed for SSC jobs after 12th 2021.

The examination scheme for the above-mentioned posts is divided in 3 tiers, the details of which are as follows-

This tier is purely objective type and has multiple choice questions only with negative marking of 0.5 marks for each wrong answer. The maximum marks are 50 for 25 questions in each subject and maximum duration is 60 minutes.

The nature of the paper will be descriptive of 100 Marks in ‘Pen and Paper’ Mode. The paper can be written either in Hindi or in English.

Every year, the SSC conducts an open competitive exam for recruitment to the posts of Constable (General Duty) in the Indian Security Forces as enumerated below-

It is indeed a matter of pride to be a part of the Indian Security Forces and thus a large number of candidates compete for these SSC jobs after 12th 2021.

The exam pattern for the post of Constable (General Duty) in the security forces is divided into 2 tiers followed by a medical examination.

The 1st tier of the examination will be only multiple choice questions based which will bear negative marking of 0.25 for each wrong answer. The maximum marks are 25 for 25 questions in each subject and maximum duration is 90 minutes.

Based on the performance of candidates on the CBT, they will be shortlisted for Physical Efficiency Test (PET) and upon clearing this they will be examined for physical standards in the Physical Standards Test (PST).

These two stages are followed by the final stage of Medical Examination.

Each year the Staff Selection Commission recruits for the posts of Stenographer Grade C & D for various Ministries and Departments in the GOI.

The exam pattern is in 2 tiers wherein Tier I is a computer-based examination and Tier II is a typing test.

The maximum duration for CBE is 2 hours with 0.25 as negative marking for each wrong answer. This paper will have Objective multiple choice questions only.

The candidates will be given a 10 minutes’ dictation in English or Hindi at the following speeds (words per minute). The content will then have to be transcribed on computer-

So we saw that there are several job opportunities in the government sector SSC posts for 12th pass. SSC jobs after 12th are not only very lucrative but also guarantee job security for a lifetime of your career. And who wouldn’t want that right?

Anindita Nandy, is a Psychologist, with expertise in Career Counselling of high school students.

Question: What is the qualification for the SSC exam?

Question: What is the SSC Exam fee?

The SSC application fee is Rs. 100, however, SC, ST, PWD, women and Ex-servicemen are exempted from fee payment.

Question: What is the best SSC job after 12th?

Some of the best SSC jobs after 12th are-

Question: Can a 12th pass apply for SSC?

Yes absolutely. A 12th passout can apply for SSC CHSL exam conducted every year for various posts mentioned in this article.