How to Join ISRO after 12th - A Complete Guide

How to join ISRO after 12th - Indian Space Research Organization, or ISRO, is one of the world's largest space agencies, noted for its cost-effective projects and innovative technology. It was founded on August 15, 1969, with its headquarters in Bengaluru. By putting its best foot forward, ISRO has successfully launched multiple missions. The Indian space agency is made up of a variety of organizations and divisions. 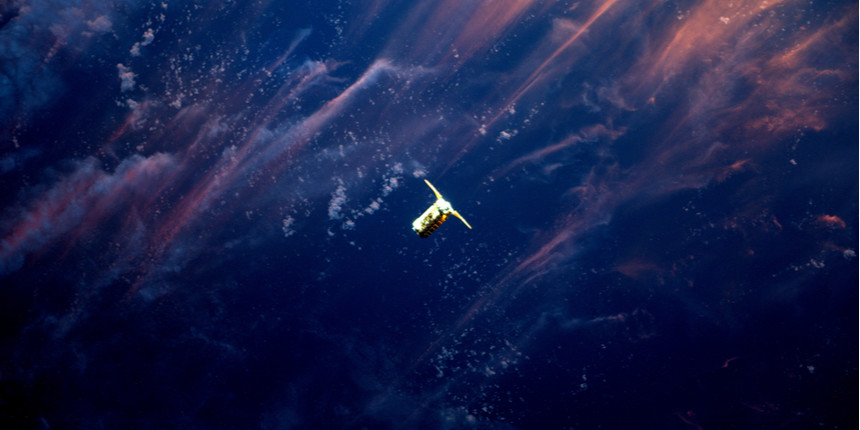 It presents a wide range of demanding prospects, from the creation of novel technologies to the advanced infrastructure required for space research and beyond. Through this article, we will present you the step-by-step guide on how to join ISRO after 12th, as well as the educational path that answers your queries about “how can I join ISRO after 12th”.

First and foremost, to answer how to enter ISRO after 12th, students must take PCM subjects (physics, chemistry, and mathematics) during their secondary school years (10+2). They should have a strong aptitude and understanding of the mathematical and physical principles that have been taught to them. These basic principles will help you know how to enter ISRO after 12th.

See also: What are aptitude tests?

Step 2- How to Join ISRO after 12th: Pursue Engineering

To answer “how can I join ISRO after 12th”, students should enroll in one of the several engineering disciplines offered through JEE Main and JEE Advanced after passing class 12 with a good CGPA or percentage (above 75 percent). Students must pursue B.Tech or BE in courses such as Computer Science, Mechanical, Radio Engineering, Aerospace Engineering, Electrical Engineering, Engineering Physics, and other related subjects, despite the extensive list of finest engineering courses.

ISRO prefers to hire fresh graduates from India's premier engineering institutions, such as IISc, IITs, NIT, IIST, and other well-known public and private institutions. A student with superior academic records will have an extra advantage and know how to enter ISRO after 12th.

Students can also get into the IIST after class 12 by scoring well in the JEE Mains and Advanced exams. Candidates must meet specific requirements to be considered for direct ISRO recruitment through IIST. IIST graduates must have a CGPA of at least 7.5 to be eligible for ISRO counseling to answer how to join ISRO after 12th. However, not all eligible candidates will be accepted into ISRO because the number of available slots is limited.

Step 3- How to Join ISRO after 12th: ICRB entrance exam after completion of engineering for recruitment at ISRO

The third step in “how can I join ISRO after 12th” is to pass the ISRO Centralized Recruitment Board (ICRB) exam after completing the B.Tech/BE degree. A candidate must have a B.Tech or BE degree in Computer Science, Mechanical, Radio Engineering, Aerospace Engineering, Electrical Engineering, Engineering Physics, or any other relevant discipline with a minimum aggregate of 65 percent marks or 6.8 CGPA on a scale of ten to be eligible to take this test.

Step 3- How to Join ISRO after 12th: Master’s or Ph.D. in Engineering

For those who wish to pursue their Master’s (M.Sc, ME, or M.Tech) and Ph.D. in comparable specialties, this is another path which answers how to enter ISRO after 12th.

Step 4- How to Join ISRO after 12th: Written-test and PI for recruitment at ISRO after Master’s or Ph.D. in Engineering

Some of the top M.Tech courses after completing the degree program include applied mathematics, geophysics, instrumentation, geo-informatics, and so on. The selection process for direct applications to the ISRO comprises a written test and an interview. After passing this, the candidates would be able to apply for a position as a scientist at ISRO.

It is possible to apply for a post as a junior research fellow at ISRO, which allows scientists and engineers to carry out research. In such an organization, the selection procedure for a scientist is exceedingly demanding, requiring the highest degree of intelligence, skills, and a very presentable and easygoing temperament.

ISRO also maintains a "Live Register" where research-experienced PG/Ph.D. candidates in relevant subjects can sign up for a chance to get hired. Eligible registered candidates can be considered for selection if a relevant position opens. ISRO also sends out notices to recruit individuals for various posts through written and aptitude tests occasionally. The needed qualification, age limit, and other factors may vary depending on the type of position.

ISRO scientists are paid a monthly salary ranging from Rs. 56100 to Rs. 177500, with salaries and benefits. One of the advantages of working with ISRO is job security. You will be employed for a long time and your job will be safe, and staff will be eligible for a pension when they retire. There are numerous more allowances and benefits available to service members, including:

ISRO (Indian Space Research Organization) is one of the world's most influential and successful space agencies. Many science students wonder “how can I join ISRO after 12th” and wish to work for the Indian space agency since it offers exciting and challenging opportunities. However, the majority of candidates are perplexed as to how to join ISRO after 12th and we hope that this article was able to clear up any confusion you may have had.

Question: What is ISRO?

Indian Space Research Organization, or ISRO, is one of the world's largest space agencies, noted for its cost-effective projects and innovative technology. It was founded on August 15, 1969, with its headquarters in Bengaluru.

Question: Which stream should be chosen in 11th to join ISRO?

Question: Which degree courses shall I pursue to join ISRO?

Students must pursue B.Tech or BE in courses such as Computer Science, Mechanical, Radio Engineering, Aerospace Engineering, Electrical Engineering, Engineering Physics, and other related subjects, despite the extensive list of finest engineering courses.

Question: Which entrance exam gains entry into ISRO after graduation?

The ISRO Centralized Recruitment Board (ICRB) exam gains entry into ISRO after graduation.

Question: What is the expected salary of scientists at ISRO?

ISRO scientists are paid a monthly salary ranging from Rs. 56100 to Rs. 177500, with salaries and benefits such as travel allowances, house rent, medical services, etc.