IT WAS a difficult journey indeed. I was born in a village called Mashel in Goa. My father died when I was six and my mother had to migrate to Bombay in search of a job. She was not literate and had to struggle very hard to make both ends meet. I went barefoot until the age of 12, and two meals a day was a great challenge.

I studied under street lights, making use of the cement benches at Janjira Motor Works around Chowpatty in Mumbai.

I would study up to 2 a.m., at the Central Railway station as the platform would be quiet after the last train for Gujarat left at 10 p.m. Basically wherever I could find a place I would study. Life was so difficult that standing first in class became a necessity which continued throughout my career.

No guides or coaching class
I attended a Marathi medium municipal school and scored 87 percent marks in Class 7. I had stood first but to get into Class 8, I needed to pay Rs 21 as admission fees. It took me 21 days to collect the money. By then admissions to most schools were over and I had to attend Union High School, again in Marathi medium. And I am glad because the teachers there had the right attitude, principles and were very inspiring.

After Class 10 exams, I decided to quit studies and look for a job. Then I got to know that I had secured the eleventh rank out of 1.35 lakh students. This was unprecedented in that school. More so because I did not use any guide or attend a coaching class. The Sir Dorabji Tata Trust, Bombay chose me among five others and gave me Rs. 60 per month for six years. Then I did my BE in Chemical Engineering from University Institute of Chemical Technology better known as UDCT, Bombay. 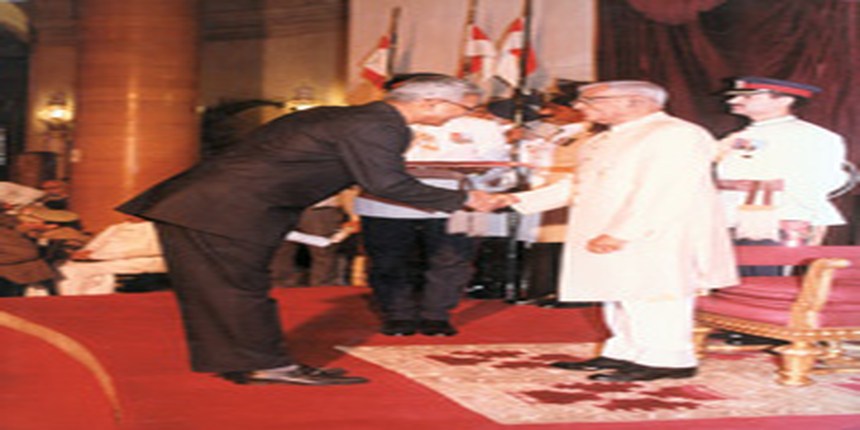 PhD in three years
I had five offers for scholarships from the USA and Canada. But I was so impressed with Professor Sharma, 28, a student of PV Danckwerts, Shell Chemical Engineering Professor at Cambridge University, that I asked him if he could be my PhD supervisor. I completed my PhD in three years. I
This unusual combination resulted in both guru and chela (disciple), being selected, as Fellows of The Royal Society, for our respective work under resource constrained conditions. The second great honour for me as researcher is the foreign associateship at the National Academy of Science, USA. In 147 years of its existence, I am the only one who has been selected, and am proud because this was because of the research we did in India.

Solving the unsolved
All my life I have chased what are known as anomalies and discontinuities where I went for problems that gave me newer breakthroughs in terms of explaining what people had not been able to explain for several years. So for my post doctoral research work I chose to enter a new field called non-Newtonian fluid mechanics, which I had not even heard of.

I took the challenge of learning and mastering tensors and vectors at Salford and also taught there which kept me on my toes primarily because I took assignments where I knew nothing about but could still feel it. For instance I picked up a course on approximation techniques in Chemical Engineering where I did not know about perturbation techniques, variational calculus and so on. So I had lot of fun there, and used to tell my wife, “I don’t know why Salford is paying me?”

From academia to industryâ€¦
When I returned to India in 1976, we used to pursue research with great difficulty; no good equipment, no ease of foreign exchange, the journals used to come by sea-mail every four months. But we fought the odds and learnt that no matter what your constraints are, if you have the confidence to do idea-based research, sky is the limit.

Let me tell you an interesting anecdote. The rheogoniometer, the equipment on the basis of which I could carry out my research on Rheology of complex fluids, had to be imported. So I would have to wait for two years and do nothing. Instead I joined Indian Organic Chemicals in Manali, Madras, for a consultancy job at an annual fee of Rs. 15,000. I said, “You have imported reactors, which are just black-boxes for you. I will decipher them for you so that you understand the know-how and use it to increase your productivity, product quality etc.”

So a PhD student Ravindranath from REC Warangal (not a superstar from IIT!) and I worked on mathematical modelling and simulations. We wrote a series of papers (Paper 10, which is now textbook stuff and world famous for the work on reactors), and it was fun. The point is, I do not differentiate between fundamental and applied research. If not, how could Ravindranath get his PhD? How could I get Bhatnagar Prize for engineering science because of this work? If it was basic research how did industry make use of it? As Louis Pasteur, my hero said, “There is only fundamental science and its application.”

Innovation must be a way of life
My life’s purpose is to make innovation a way of life in Indian industry. I believe that the grand challenges of the future are going to be solved not by individuals, institutions, independent nations, but by a global network. I preside over the Global Research Alliance having over 60,000 scientists from nine countries where we look at big problems by pooling global resources. We address issues of climate change, water, inequality and so on to make an attempt in having an inclusive world through innovation using our understanding of S & T.