Journalism courses after 12th- Journalism involves gathering, assessing and presenting information as news based on facts and evidence for publication in newspapers and magazines, as well as other forms of media. Journalism is crucial in disseminating news to people for which reason it has been a profession and field of study of great esteem in our society. Journalism graduates are required in a variety of other fields as well, in roles such as media researchers, PR specialists, and photojournalists, amongst several other media professions.
Read more - What is Journalism 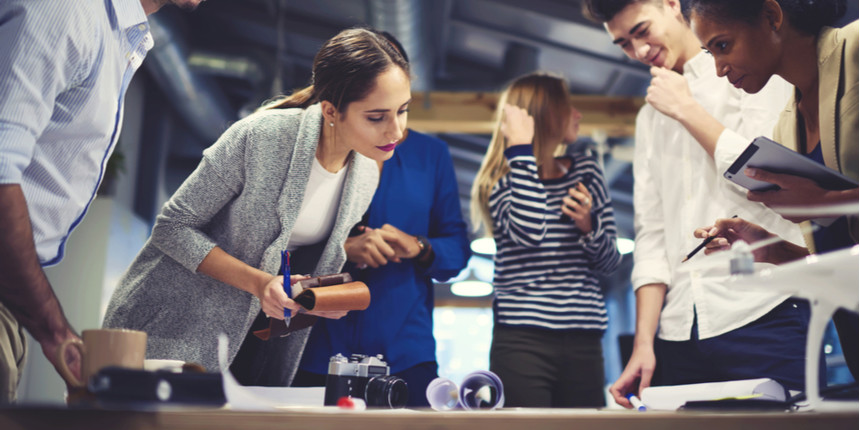 Now that we’ve seen the list of journalism courses let’s take a look at them in a little more detail.

Bachelor of Journalism and Mass Communication (BJMC, sometimes abbreviated BAJMC), is one of the most popular journalism courses after 12th. The course combines the two together for an in-depth understanding of the field of journalism today. Some of the subjects that are taught in this course include media law and ethics, cybermedia, radio and television journalism. Through this course, students will learn the journalistic methods and techniques and understand their interplay with mass communication, which makes it a specialised, practicable course of study.

Students can choose to further their education at the graduate level or find work right after this course. Job opportunities for students after completing this course include the position of a journalist, photojournalist, news analyst, social media manager, content writer, content marketing manager, radio jockey, etc. Students from all backgrounds can take up such journalism courses after 12th, science students too.

Bachelor of Arts in Journalism is another popular option available to you after high school. This is a 3-year-long course that, apart from educating one in the discipline of journalism, also covers traditional BA subjects such as English, economics, international politics, and mass communication amongst others, and embeds the study of journalism and journalistic practices into a wider, more holistic framework.

BA (Honours) in journalism provides a deeper specialisation in the field at the undergraduate level. But the course structure also blends other subjects like communication theory, media and governance, and political science to the study of journalism for a more holistic understanding. The exact combination offered at the universities will vary, and so it is important to compare the courses of different universities to find the one that fits you.

There are career opportunities aplenty for students completing such journalism courses after 12th arts, allowing them to work as journalists, reporters, columnists, news anchors and analysts, writers and editors, etc. The skills required to excel at such journalism courses after 12th arts include having good communication skills both written and oral, attention to detail, problem-solving ability, logical reasoning, etc. and other relevant skills that they can hone through the duration of this 3-year long course.

Various universities also offer a 3-year-long Bachelor in Vocational Studies in Journalism course, designed to equip students with the practical and theoretical understanding of working at different media outlets in a variety of fields. The course is ideal for students who want to make headway in their journalism careers as early as possible. There is no background restriction on who can apply for such journalism courses after 12th; science students can also apply.

Some of the subjects that you will study at universities offering such journalism courses after 12th include print and broadcast journalism, media law and ethics, PR, journalistic techniques, digital media, etc. The focus in these journalism courses after 12th is to take high school students with an interest in the field and mould them into thoughtful, reasonable, creative and flexible journalists that are an asset to whichever organization or the agency they work for.

Specialised diploma courses are also available at the undergraduate level. These can be anywhere from 6 months to 2 years long and are useful higher study courses for those who want to possess journalistic skill sets and enhance their understanding of the field. A diploma in journalism prepares students to become radio and video jockeys, news editors, video journalists, and reporters, etc.

Pursuing journalism and mass communication courses after 12th is a surefire way of diving into the world of broadcast, news reporting and media, publication, and other related fields. Depending on your personal preference and the level of specialisation that you want to have, you can pick from the different journalism courses after 12th available to you and choose a university that fulfils your educational requirements.

Question: How do I become a journalist after 12th?

To become a journalist, students should take up journalism courses after 12th, the likes of which include BA Journalism, BJMC, BA (Hons) Journalism, and B.Voc in Journalism. Depending on the institute that you want to pursue these courses from, you may have to sit for an entrance exam for journalism after 12th.

Question: Which subject is best for journalism?

There are a garden variety of subjects that are taught in journalism courses. You may benefit from getting a solid, introductory understanding through ‘Introduction to Journalism and Mass Communication’, ‘Editing Techniques’, ‘Media Laws and Indian Constitution’, and ‘Reporting Methods’, etc.

Question: What is the fees of journalism?

The fee for journalism courses after 12th varies depending on the university. It can be anywhere from Rs. 20,000 for government colleges, up to Rs. 5 lacs for private institutes.

Question: What degree is best for journalism?

Students that are starting out on their journalism career paths can benefit from a bachelor’s degree in journalism. Those that have completed their undergraduate studies in journalism and have a bit of experience can also consider pursuing a master’s degree.

Question: How many years is a journalism degree?