10 Best Programming Languages To Learn In 2021 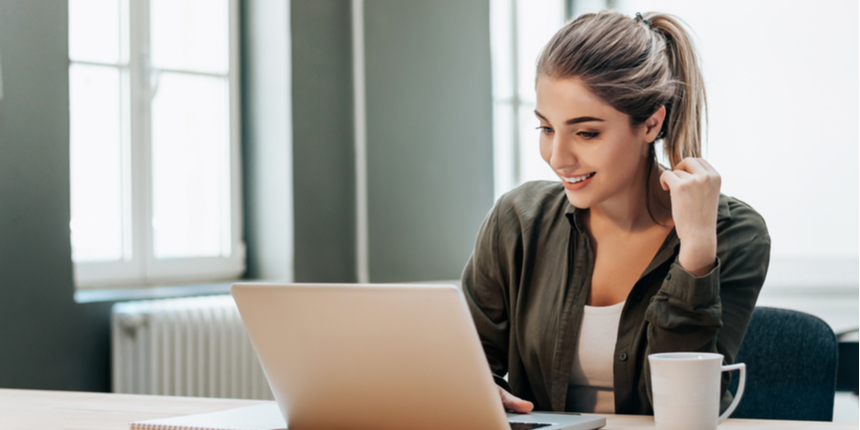 1. C: C is the oldest programming language and it serves as a root for other programming languages like C#, Java, and Javascript. It is a general-purpose, imperative procedural language that was designed to encourage cross-platform programming. This language has a small and fixed number of keywords but a large number of arithmetic, bitwise, and logic operators. It is helpful in performing more than one assignment in a single statement. These features make the C language suitable for system programmings like an operating system or compiler development.

Salary: The average salary offered to a programmer of C is Rs 4 to Rs 5 lakhs. Almost all the companies offer jobs to C developers but companies like Google, Microsoft, and telecom software companies are a great choice for a good career and job opportunity.

2. C++: C++ is a very popular programming language and allows programmers to underlying the hardware fully and supports object-oriented programming paradigms. It acts as a base for the development of resource-constrained and mission-critical systems. It is considered a high-performing language and is widely used in the development of applications where performance is the major concern such as commercial products like Firefox and adobe.

Salary: The starting salary package of a C++ programmer may vary between Rs 6 to Rs 7 lakhs per annum. Any company that works with low-level systems or develops high-performance software, will usually have C/C++ programmers on staff.

Salary: A Java developer can make upto Rs 5 Lakhs per annum. The top companies like IBM, HCL, and INFOSYS use java.

4. JavaScript: It is a very commonly known computer programming language and a great choice for programmers. Due to its integration with HTML, JavaScript is very easy to implement. It helps you develop great front-end as well as back-end software using different JavaScript-based frameworks like jQuery, Node.JS, etc. To learn Javascript, you do not need to have any special setup, it comes pre-installed in all the different kinds of browsers like Chrome, Mozilla Firefox & Safari.

Its usage has now extended to mobile app development, desktop app development, and game development. This opens many opportunities for you as a JavaScript Programmer. Due to high demand, there is tons of job growth and high pay for those who know JavaScript. The great thing about this programming language is that you will find tons of frameworks and Libraries already developed which can be used directly in your software development to reduce your time to market.

6. Swift: The first version of this mobile development language was released in 2014 by Apple and in a short span of time, Swift has emerged as a top programming language. Apple has made it easy to learn swift for programmers by launching swift playground. Beginners and non-beginners can use Swift’s playground to learn the language from scratch. It is a general-purpose, open-source, compiled programming language influenced by Python. When compared to other languages, Swift is really fast and highly readable. The issue that one can face with this language is that it has limited resources and is unstable.

Salary: A developer with 1 to 4 years of experience can make upto Rs 4 lakhs while a mid-career C# developers can be paid an amount of Rs 7 to 9 lakhs. Pillar, UpperStrata, and Textbase are the top companies that hire C# programmers.

8. R: It is a widely-used programming language. It works well with data and that makes it a preferred language for anyone interested in data analysis, data visualization, and data science. It is largely used by developers in academia and industry. It is different from other programming languages in the category of syntax rules. It is an extensible programming language that was developed with a feature to simplify the implementation of graphical and statistical techniques.

R is widely used to simplify big data processing by various sectors like finance, e-commerce, and social media. It is advised to learn R if you need to work on data science, machine learning, and statistical learning projects. It is difficult to learn if compared to other computer programming languages. The various advantages it carries like being capable of running smoothly on different OS platforms and having a powerful package ecosystem make it a highly demanded language.

Salary: A developer with R skills having 1 to 4 years of experience can make up to Rs 5 lakhs and an experienced developer with an experience of 7 to 9 years can earn an amount of Rs 7 to 8 lakhs depending on the company and job profile. Facebook, LinkedIn, Twitter, and finance sector companies hire developers with R programming skills.

9. PHP: Developed as a general-use programming language, PHP is currently one of the most preferred server-side web technologies. It is widely used by programmers for simplifying custom web application development. The main purpose for creating PHP was to maintain a personal homepage but today it has taken a great percentage of websites globally. Dynamic and static websites are created using PHP language. It is in great demand because of having plenty of influential frameworks. PHP language is very easy to use and provides various automation tools to deploy and test applications. The disadvantage is that it is not very secure and has a lot of extensions.

Salary: The average salary that a PHP developer can expect ranges between Rs 3 to Rs 4 lakhs. PHP programmers are hired by companies like IndiaNIC InfoTech and Hidden Brains.

10 Ruby: A dynamic, open-source programming language with a focus on simplicity and productivity, ruby has an elegant syntax that is natural to read and easy to write. It uses garbage collection and supports multiple programming paradigms. Programmers use ruby widely for web development. It is greatly in demand since it can run on a variety of platforms like Windows, Mac OS.

The average fee charged by these institutes may range between 5 to 12 thousand Rs. You can also get a decent job if you are a self-taught programmer or developer. There are various websites that offer online courses in computer programming languages are:

Question: What is a computer programming language?

It is a set of instructions that produces various kinds of outputs.

Question: How many programming languages are there?

Question: Which are the top 3 programming languages in demand right now?

Question: What programming language is most beginner-friendly?

Python is recommended to learn first if you are looking for an easy language.

Question: What is Python most used for?

It is a general-purpose coding language that can be used for programming and software development besides web development.

Question: Is HTML a coding language?

HTML as a mark-up language doesn’t really do anything in the sense of a programming language.

Question: Is Python the future?

It has managed to reach a level higher than other programming languages in over a span of 25 years. Python has a promising future along with the addition of other technology.

Question: Is one programming language alone enough to get a job?

Knowing just one language can help you in any sort of job but will not get you a job alone.

Question: Can self-taught programmers get a job?

Yes they can get a job. However, they have to demonstrate their programming skills during the recruitment process.

Yes, web development is a field that really pays you well. Ideally, $61000+ is the average salary paid to a front-end web developer.

Land a successful career in the programming world and become a...

Get to know about Dart programming language to build web and m...

Pursue these 17+ courses in R language for beginners

Learn about the MATLAB programming language and take your Prog...

17+ Courses in Perl Programming for Beginners

Learn the basics of the Perl programming language through thes...

09 Sep 2021
Read More
View All News and Articles
Have a question related to Programming ? Ask

MBBS (Bachelor of Medicine and a Bachelor of Surgery) Courses, Admissions, Eligibility, Syllabus

Top 20 Courses on JavaScript for Beginners

How to start a career in Investment Banking

Top 10 skills corporate lawyers should have and how to learn

Your Programming brochure has been successfully mailed to your registered email id .