Showing 1 out of 1 Questions
42 Views

whether joining indian air force will be in demand in future ? should I choose indian air force or become great engineer like elon musk and i am interested in both ? but I need a valid reason to join armed forces so that I can make an impact in the world and I need to know importance of it in future

Thank you for your query. I feel this should be you choice. But I will try to give the advantages of both the Air force and engineering options and you can choose which is beneficial for you to join: 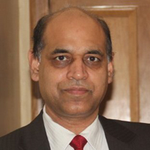 Facilities
Gym :The college has a Gym facility for the students
Library :In Jan 1955 when the Academy was formally opened at Khadakwasla, Pune, the NDA library made its modest beginning in the Geography Laboratory. Today Vyas Library is situated on the left flank of the Sudan Block and was named after the renowned scholar, teacher, golfer and administrator, Mr. T N Vyas who had been the Principal of NDA for fifteen years (1953-1968). Before being appointed as the Principal of NDA, he had been a distinguished Housemaster at Doon School and had later been the Principal of Mayo College, Ajmer. Vyas Library, in conjunction with NTT building, resembles an anchor from an aerial view.
Sports :Competitions in a wide range of sports are conducted at the Academy and teams also take part in many civil competitions. Participation in sport is not compulsory, although cadets are encouraged to participate in at least one sport each season, Cadets who excel in various sports and physical activities are awarded proficiencies in the order of Merit Card. To carry out focused training in order to prepare cadets to achieve requisite physical endurance standards and proficiency in troop games, we have the best infrastructure and coaching facilities
I.T Infrastructure :The Department of Computer Science and its air-conditioned laboratories block is named after Wg Cdr Rakesh Sharma, India's first cosmonaut it is imperative for the defense forces, including the training academies, to enhance their IT capabilities to accrue maximum benefits in order to give an insight to the cadets on Network Centric Warfare (NCW). The project of networking the Academy encompasses provisioning of Optical Fibre connectivity throughout. The network is complemented by state-of-the-art servers and high-end Commercial off the Shelf (COTS) equipment being housed in the Data Centre which is capable of handling very high bandwidth requirements at fast speeds. The network is exploited to its optimal capacity and the same is extended down to each cadet's cabin.
Cafeteria :The NDA Officers' Mess and Institute is situated on the triangular island formed by the convergence of roads. It is also the single officer's home away from home The Mess can accommodate over 2100 cadets at a time. Its neat exterior is matched by its exquisitely designed interiors.
Auditorium :Habibullah Hall, This impressive double-storeyed auditorium, with a seating capacity of over 1700, hosts various events such as lectures, presentations, musical evenings, debates, quiz competitions, Inter-Battalion variety entertainment programs, etc., in addition to the momentous Convocation Ceremony. Hindi and English movies are screened once a week in the Hall.
Alumni Associations :The college has a good networking for the alumni association. the alumni have proved to be great mountaineers, cosmonauts, sportsmen, researchers, creative writers, artists, corporate honchos and more recently, Olympic champions. Their achievements are all-pervading and showcased in every echelon of our Armed Forces and also in the civil society.
Swimming Pool :The college provides has Olympic-size swimming pool facility are available inside the campus.
Laboratories :The college has a departmental based laboratory facility for the students.
Convenience Store :The college has a convenience store facility for students. (like photocopying facility &amp; stationery etc.)
What is Ownership ?