Career options after 12th Science PCMB - The subject combination of physics, chemistry, maths, and biology opens up a variety of avenues and career options after 12th science. PCMB is certainly one of the most rigorous and technically demanding subjects in high school. However, depending on the courses that they choose, students could end up with lucrative careers paths that are high in demand. 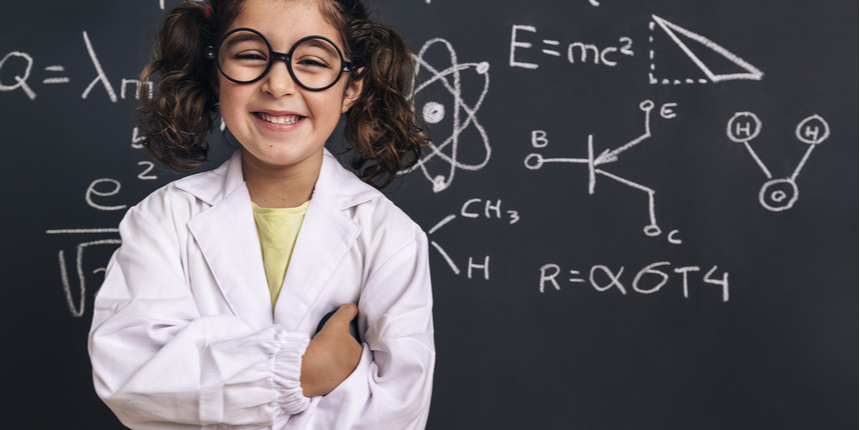 Given the sheer number of PCMB career options after 12th available to them, students that have a natural affinity to the sciences are almost spoilt for career choices and deservedly so. Let us take a look at some of the best career options that are open to students with a scientific background.

The aforementioned list of the popular PCMB stream career options is only for a quick reference. Let’s take a look at what these careers have to offer in more detail below.

The role of a molecular biologist involves the study of plants, animals, and human genetics. Those interested in understanding what differentiates us from other organisms at a molecular level should opt for the field of molecular biology. These experts work mostly in laboratories and offices, studying the life cycles of different organisms and their evolutionary processes. A molecular biologist leverages his/her knowledge of biology, chemistry, and genetics to understand the genetic properties of plants, animals, and humans and alter the molecular properties to slow down diseases and find cures. Molecular biologists are highly sought after in both private and government agencies, as well as researchers and teachers in universities. Students that have an affinity towards all things living and an aptitude for solving some of life’s most complex problems would do well to take Molecular Biology as their career option.

Educational requirement: Students must pursue either B.Sc. in chemistry, biology or any other relevant subject, followed by a master’s.

Physicists are investigators of the physical world. Their work involves probing into the fundamental principles that define the structure and behavior of matter, interaction between matter and energy, as well as transfer of energy. As examiners of natural forces, physicists need to be highly specialized in their chosen subdomains, and need to be curious and imaginative in their application.

Being one of the more fascinating PCMB career options after 12th, the career of a physicist is full of opportunities and mind-boggling revelations about the universe we inhabit. Depending on their specialization, the work of a physicist may involve examining incidents, designing preventive measures for operations, keeping up with the scientific literature and developments in the field, designing and building new technologies, and preparing technical and scientific reports to forecast incidents and improve decision making.

The career of a physicist is deeply specialized. Depending on their aptitude, willingness, and interests, a student can choose to become a nuclear physicist, a photonics engineer, a mechanical engineer or a material scientist. Those that have a penchant for problem solving, are mathematically adept, and have good communication skills should seek out the career path of a physicist.

Educational requirement: Students must pursue either a B.Sc in the domain of physics or a B.Tech in photonics, optics, or electronics engineering. Thereafter, continue with M.Sc. or M.Tech in the same specialization.

Forensic scientists are rockstars in criminal investigative matters. Their expertise lies in examining the crime scene evidence and presenting their conclusions based on test results. Forensic scientists generally work in the laboratory but can be called to provide expert testimony in criminal as well as civil proceedings. For this reason, forensic scientists have to be precise in their scientific methodology, aware of the role of forensics in the legal process, and good at communicating their findings verbally and in written form. The field of forensic science offers tons of post-PCMB stream career options to students that are critical thinkers and have a keen eye.

Educational requirement: Students must pursue either B.Sc. in Forensic Science/ Biology/Genetics or any other relevant subject, followed by a master’s.

The chief role of biochemical engineers is to study viruses, cells, proteins, and other chemical substances occurring in the body and develop medicines and products to improve biological processes. These individuals observe the interaction of raw materials in different environments and leverage their understanding to build new compounds or alter existing ones. Biochemical engineers need to be highly skilled and organized, possess a curious and imaginative mind, and have a taste for complex problem solving.

For PCMB students, career options in the field of biochemical engineering are plenty, and they can choose to specialize as enzyme engineers, metabolic engineers, or tissue engineers.

Educational requirement: Pursue either B.Sc. in chemistry/biochemistry/biotechnology, or any other relevant course, followed by a master’s.

Biochemists are experts in understanding the processes within living organisms at the molecular and cellular level. They study DNA, heredity, the basic unit of the human body which is the ‘cell’, as well as other biological processes to develop the right drugs and vaccines to curb the spread of diseases and cure them. The main aim of a biochemist is to improve the quality of life by understanding the processes within tissues and the effects of pharmaceutical drugs and foods. As such, their education involves the study of different agricultural and medicinal applications as well as the environment.

The demand for biochemists has risen tremendously in recent years. Being one of the highly esteemed career options after 12th, science PCMB students that are analytically sound, have a knack for complex problem solving, and are good at statistical analysis are well suited for this role.

Educational requirement: Students must pursue B.Sc. in microbiology/botany, molecular biology or B. Tech in biochemical engineering/biomedical engineering, or any other relevant course, followed by a master’s, if required.

The available career options after 12th science PCMB without NEET are quite few and being a pharmacist is one of them. These individuals are as important as doctors in treating a patient, in that the development of a drug, its laboratory testing, and the study of its potential effects on different patients, all of it falls under their domain. Pharmacists are in the business of saving lives and alleviating suffering. Their jobs require them to interact with medical practitioners, conduct surveys, research and track medications, and produce drugs that have undergone rigorous clinical trials. A pharmacist can don various specific roles as well, including that of a chemist, a medical sales representative, a drug inspector, a clinical research associate, or a regulatory affairs officer.

Educational requirement: Students must pursue B.Pharm, or B.Sc in pharmacy/pharmacology, or any other relevant course, followed by a master’s.

We hope you now have a better understanding of the career options after 12th science PCMB available to you. PCMB opens up a variety of career choices for students that the student can pursue. But don’t let the sheer number of options confuse you. Stick with what you know best and what you’re passionate about.

Question: What can I do after 12th pcmb?

There are tons of PCMB career options after 12th. Some of the traditional courses that are opted by students include engineering and medical courses.

Question: Which field is the best after 12th pcmb?

Doing 12th PCMB opens up a variety of options for you to choose from. The field that you’re inclined towards, have an aptitude for, and see yourself as a natural part of is the best field for you. There’s no ‘best’ field, objectively speaking. It all depends on your preferences and abilities.

Question: Which is the best career option after 12th science?

There are plenty of career options after 12th science. Traditionally, engineering and medical careers have been the most opted ones, but you wouldn’t want to make the mistake of going with the flow for the sake of it. Make sure you go through all available options and select the one that appeals to you the most.

Question: Which job is best for PCB students?

PCB students tend to be more inclined towards jobs that involve the life sciences. These would include the jobs of biochemists, pharmacists, molecular biologists, doctors, etc. If you’re looking at it only in terms of average annual income, doctors do best.

Question: Can I become a doctor without biology?

No, you cannot become a doctor without biology. The study of biology is fundamental to being a doctor.