What is Film Acting

Film acting is that skill with which the actors or actress can display the entire story through their actions. This film acting can be displayed in theatre, television, film and radio or maybe any other way which has a mimetic mode.

The actors need a variety of skills like a good imaginative power, emotional power, expressing the scene with their expressions, vocally strong, their speech should be clear, and the audience should understand what they are trying to say, lastly, they should interpret the drama correctly and act accordingly.

The actors also require to learn different languages, accents, improvisation, and mime and stage combat. Training in Film Acting would be very helpful for the actors.

The students should have a graduate degree from a recognized university.

Scope of Film Acting in India and Abroad

A lot of scope lies in the Film Acting field for the students. After graduation, the students not only need to go for acting but a lot of other fields wait for them.

Other fields can be announcers who in lay-man terms are called commentators at the music, news, sports and many other ceremonies.

They can get into dancing and form their new way of dance style and start choreographing the young talent. The students can even start editing films and videos by manipulating the moving objects that entertain the audience.

If these students are good at singing, singing is also a very good career for the students. They will get a lot of exposure to the singing industry.

The subjects in film acting courses taught in college or universities would depict the different skills the students should learn and maybe make new techniques of their own and become famous because of that. Some of the subjects taught are –

After the students graduate in film acting, they can find numerous opportunities as Assistant Director and Producer, Theatre Writer, Performing Arts Clinics, Community Practitioner and much more. This course would make the students informed about the industry and set benchmarks for Film, TV, Theatre and Radio.

Film acting graduates can be going to many other jobs in sectors of Film Industry, TV Programmes, Theatres, Radio Companies, Acting Colleges and Universities. They will have a proficiency life ahead where they will be able to understand the film industry more and find directors, cast directors and many more.

They will get knowledge about how this industry works. The salary of these film acting graduates can vary from Rs. 2 lakh – Rs. 20 lakh, depending on how they perform. The graduates can also go for an MA in acting or MPA (Master of Public Administration)

The film acting industries keep on employing new talent and their fresh minds come up with new trends. These new trends will take our film industry to new heights. Some of the trends in film acting can be found below:

After graduation in film acting, the students can go for the following jobs.

The film acting graduates can find recruitment in drama companies, colleges or universities or in agent companies who handle the new upcoming actors. Some of them are –

The salary of film acting graduates varies according to the stardom of each individual if the person is famous actors would love to work for them.

The actors require a perfect skill set so that they can excel in their film acting career. They need to following skills –

Film acting course teaches the student the overall acting skills required by the industry. Each subject has a new technique taught to the student. The students are mentally and physically prepared for a tough life ahead.

The top colleges which have the film acting course are –

Question: How should I prepare for the entrance exams for film acting course?

Question: What is the difference between film acting and stage acting?

the biggest difference between these two would be the audience. In the film, the audience would not be live and see the video of the drama whereas in the stage there is a live audience whose reaction reached the actors which in a way also motivates them.

Question: Is it worthwhile attending the workshops only for film acting course?

You need some knowledge of the film industry before you step into it. A course would be better before you enter this industry, and the workshops would be of additional cherry to the cake when you enter the industry.

Question: What acting do agencies look for in a fresher?

The agencies who take up new faces are always interested in young talent who are curious, passionate and have the desire and ability to connect with the characters needed in the drama. These students would benefit from the training provided to them and perform series rehearsals.

Have a question related to Film Acting ? Ask 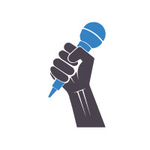 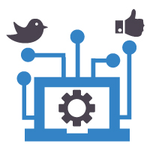 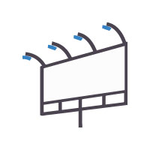