ITI Courses after 12th- Under the direction of DGET (Directorate-General for Employment and Training), ITIs offer various vocational training to students who enroll in ITI courses after 12th. There are numerous commercial and government-run ITI centers that offer diverse technical and non-technical training to students. The ITI after 12th vocational centers is primarily focused on equipping students with employment-oriented skills and preparing them for industry-specific duties. Professional training opens a lot of job opportunities for students. 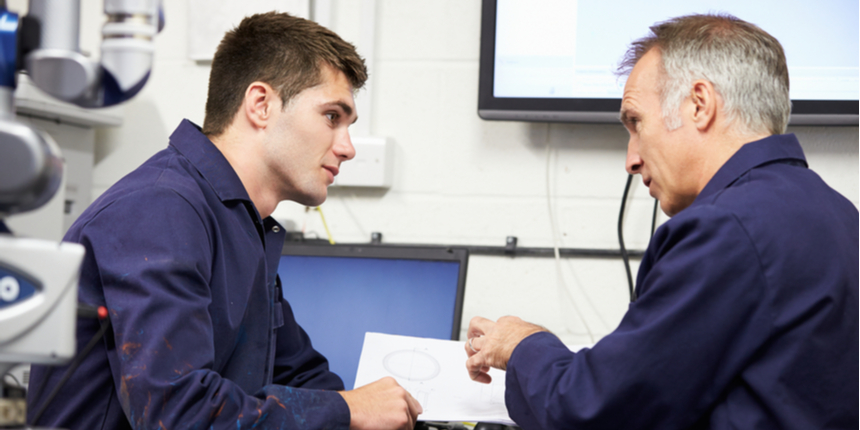 These ITI courses after 12th lay more emphasis on professional skills than academic knowledge. Hence they are highly recommended for students who want to start working early.

Types of ITI courses after 12th

ITI courses after 12th in engineering programs are mostly technical. A lot of attention is paid to the fundamentals of engineering, physics, and mathematics.

ITI Institutes: India has a total of 15967 (approx) institutes in India, combining government and private institutes for ITI after 12th. These industrial training institutions (ITIs) operate are connected with the National Council of Vocational Training, which is headed by the Minister of State for Skill Development and Entrepreneurship.

A few of the top Institutes for ITI courses after 12th are:

Eligibility: ITI after 12th offers a variety of courses, and the qualifying requirements vary according to the course. The basic eligibility is as follows:

Admission to ITI Courses after 12th:

Admission to the best ITI courses after 12th varies according to the state. In some states, the entrance exam is conducted while in others admission is done on a merit basis (based on XII grade marks).

The ITI after 12th entrance test will consist of 100 multiple-choice questions that must be answered in three hours.

In the above article, you read about various ITI courses after 12th. They are vocational courses offered by Industrial Training Institutes under the Ministry of Skill Development and Entrepreneurship. Student entrepreneurship is the primary goal of this course. It also helps students find jobs in the commercial and public sectors. There is a variety of ITI after 12th courses that are open to students who have passed a qualifying examination or have passed a written/entrance. These courses are skill-based. After reading the article, explore your interest in the subject and start applying.

Author- The author of this article is Nikita Kukkar, who is a Counselling Psychologist, with extensive experience in Career Counselling for high school students.

Question: What is the minimum eligibility for ITI Courses?

The courses are open to students in grades 8 through 12.

Question: Is there any age limit to pursue ITI Courses after 12th?

The minimum age to apply for the course is 14 years and there is no upper age limit.

Question: What is the duration of ITI courses after 12th?

The duration of the course might vary from 6 months to 2 years.

Question: Is ITI a degree?

No. It is a certificate-level course.

Question: What are the benefits of doing an ITI course?

The benefits of doing an ITI course are: