Nursing Courses after 12th - Nursing is among the noblest and oldest occupations, requiring one to devote one's time and energy to sick and needy patients. It is a combination of offering physical healing as well as mental assistance to patients and their families. Nurses can apply in a variety of specializations with varying levels of medication authority. Being a nurse necessitates a great deal of patience and commitment.
Read more - Courses after 12th 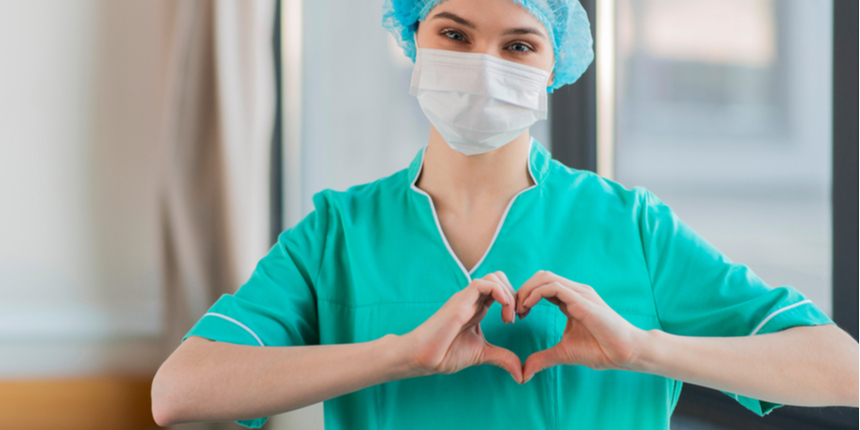 BSc Nursing offers theoretical as well as practical aspects of nursing. Such nursing courses after 12th science cover the basics of anatomy and physiology as well as specialized topics including pediatric care and primary health care. Because these nursing courses after 12th are more technical, graduates have a strong chance of finding work in prestigious healthcare companies and hospitals. Institutes that offer this course are AIIMS- Delhi, Acharya Institute of Health Sciences- Bangalore, NIMS University- Jaipur, etc.

Eligibility: Students who have completed class 12 in PCB with a minimum of 50% marks are eligible for such nursing courses after 12th.

Psychiatric and mental health nursing is a type of diploma in nursing courses after 12th that focuses on caring for patients who are suffering from mental disorders or distress. It is a nursing program that focuses on mental health and psychiatric issues through teaching principles, providing therapy, and assisting patients in improving their health. This diploma in nursing courses after 12th can be pursued from Acharya Institute of Health Sciences- Bangalore, Patel College of Nursing- Ramnagara, Christian College- Bangalore, etc.

Eligibility: Students who have completed class 12 with a minimum of 50% marks in PCB, are eligible for such nursing courses after 12th science.

Duration: This is a 2-year diploma program.

Nursing principles, medical technology and hospitality, health economics, surgical procedures, basic health issues, management, and ward administration are all included in the Diploma in Nursing program. Students are eligible for various entry-level options in administrative and office positions after completing this diploma in nursing courses after 12th, depending on their area of interest and expertise.

Eligibility: Class 12 with a minimum of 50% marks in Science stream, including Biology.

Duration: This is a 3-year diploma program.

GNM (General Nursing and Midwifery) diploma in nursing courses after 12th teaches candidates how to care for people who are ill or recovering in bed. Even though the curriculum for GNM courses differs from institution to university, they are always geared to prepare students for the clinical approach to patient care. At the end of the course, students will participate in a six-month internship. Such nursing courses after 12th science can be pursued at Sharda University- Noida, Aligarh Muslim University- Aligarh, Christian Medical College- Bangalore, etc.

Eligibility: Class 12 in PCB with a minimum of 50% marks.

Duration: It is a 3.5 years diploma course.

Eligibility: A minimum of 50% marks in class 12 with PCB as mandatory subjects.

Duration: This is a 2-2.5 year diploma program.

Nursing is one of the most popular careers in the country. The healthcare sector in India is quickly expanding, and nurses are in high demand. To become a registered nurse or midwife, one must first complete nursing courses after 12th and then register with the State Nurse Registration Council (SNRC).

Candidates can apply for jobs in clinics, healthcare facilities, schools, community health centers, rehabilitation centers, residential care, enterprises, asylums, and even the military forces based on their talents, credentials, and experience. Nurses can work for the Indian Nursing Council, the Indian Red Cross Society, etc.

The estimated annual compensation for a nurse practitioner is also determined by the location and specialty of the job. Nurses make between INR 3 and INR 8 per annum. However, the skillset and information acquired are also important factors in determining the wage.

Apart from continuing to work in this industry, one can also look into the possibility of furthering their education in the same field, as this would allow them to have greater control over the subject. Professional nurses can pursue master’s degrees and further pursue a research degree, such as a Ph.D.

Question: What are some of the most popular nursing courses after 12th?

Question: What is the duration of diploma courses in nursing courses after 12th?

A diploma in nursing courses after 12th is around 2 to 3.5 years long, depending on the specialization and the institute.

Question: What is the course fee for nursing courses after 12th?

The course fee for courses in nursing courses ranges from INR 10,000 to 1,50,000 depending on the type, duration, and institution.

Question: Can I get a job directly after completing a nursing course?

After the 12th grade, nursing courses are job-oriented. Depending on your specialization, skillset, and vacancy in the chosen field, you may be able to find work after completing this course.