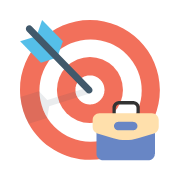 Who is a Computer Systems Administrator?

Computer Systems Administrator in a Nutshell

Companies rely on the networks for their work, and therefore any single issue needs to be fixed quickly. A computer systems administrator collects information from network users to define and fix the problem. He or she inspects hardware and software systems and cooperates with dealers to find out more information. In order to identify the solution for specific network problems, a computer systems administrator needs to diagnose the system multiple times.

What is the role of Computer Systems Administrator?

Installation is the process of preparing the machine or programme for operation. A computer systems administrator installs, configures, upgrades applications and operating systems. The configuration is a framework of functional components as per the characteristics, quantity, and main features of the computer systems. Configuration often relates to selecting hardware, system software, settings and verification. The configuration affects the functionality and performance of the system.

System analysis provides an avenue for alternatives within the system through the various tasks involved in analysis. The performance and efficiency of a device can be easily modified or improved through various functions and reduced malfunction levels. A computer systems administrator analyses device details to make a network configuration for a device. System analysis is a development methodology commonly employed in projects to ensure the implementation of a solution that meets the needs of a user.

Reports provide valuable information that can be used to produce future forecasts and improvements in decision-making. A computer systems administrator is required to record data and findings regarding designs, experiments and other projects. He or she has to submit a report after the completion of a project. Reports include research on scientific concepts often involving design work and representations of data. Reports are considered as an internal mechanism of communication within the company and the employees.

Types of a Computer Systems Administrator

What is the workplace/work environment of Computer Systems Administrator like?

A computer systems administrator performs routine inspections and implements network security policies of the network used by a company. He or she spends most of his or her time in the office setup. It is like a conventional job where a computer system administrator works on an office desk and especially in a safe atmosphere.

A computer system administrator gathers information from network users, inspect hardware and software systems in order to identify and address the issue. He or she performs work duties in the office environment. The work requires little physical labour, but more mental and intellectual pressure.

How to become a Computer Systems Administrator?

Students are expected to complete their 10 + 2 successfully by obtaining at least 50 per cent marks from any approved Indian board in the science stream that includes physics, chemistry, mathematics and computer science. Students will need to study these subjects systematically in order to get a better understanding of the field.

Many universities and educational institutions conduct admissions tests. The admissions are also provided on the basis of the applicants' performance in the entrance exam. Institutions also give admissions that rely on passing marks of 10 + 2. In terms of marks and enrolment procedures, the eligibility requirement is different from university to university.

Students will need a bachelor's degree in computer science to proceed with this career as a profession. If students complete 10 + 2 successfully, they will qualify to apply for the bachelor's degree programme. Below we have mentioned some of the popular bachelor degree courses.

B.Sc. in Systems and Network Administration

After successful completion of a bachelor's degree, students have several options to develop their professional career. We have listed the two main alternatives below to help with a much simpler selection of the appropriate profession, with fewer challenges.

Option 1: A bachelor's degree helps you gain skills that can be applied to a broad range of computer system administration-related jobs. When the bachelor's degree is complete, individuals in a specific field can easily apply for a postgraduate programme.

Master of Science in Computer Science

Master of Science in Statistics and Computer Applications

Master of Technology in Computer Science

What are the skills and qualities required to become a/an Computer Systems Administrator?

Communication skills: A computer systems administrator can often work individually, depending on his or her organisation, position, and project, but one can also work in groups and collaborate with software and hardware engineers, technicians, and other associates. Communication skills save effort by promoting efficient problem-solving abilities and other resources. A computer systems administrator requires both written and verbal communication skills. He or she must be able to translate the technical content for employees.

Organising skills: Organisation skills include the ability to stay concentrated on daily tasks. These skills also enable energy, money, agility, mental strength to be used effectively and efficiently to achieve the intended objective. A computer systems administrator needs to remain aware of all software, data, and network structures during his or her daily jobs. A computer systems administrator must be able to manage the work and provide room for undisturbed research and analysis to optimise productivity.

Technical skills: A computer systems administrator must have a comprehensive understanding of computer programming, applications, and related technologies. Effective assessment methods and concepts should be used to address the issue and evolve to be more impactful. Technical abilities are the knowledge and information required to perform particular tasks. These are practical and usually apply to technological, mathematical, or scientific activities in computer technology.

Which certifications and internships can be helpful in becoming Computer Systems Administrator?

Web Administrator: A web administrator manages and operates websites, brings the design, appearance, content and performance into consideration. He or she focuses on the technological aspects of web maintenance such as server construction and debugging. A web administrator usually operates in front of a computer, but he or she should be accessible at any time, particularly if problems occur in high-traffic websites. The position is well suited to freelancing because online communication with users is feasible.

Server Administrator: A server administrator is liable for an organisation's database servers. The work includes hardware and software update and maintenance activities, resolving technical issues, tracking the activity levels, maintaining server security, and designing new system frameworks wherever required. A server administrator also works with other employees of the organisation to determine the technical requirements. He or she manages the network infrastructure, sets up workstations and creates a database of IT policies for the organisation.

A telecom administrator's salary is dependent on the role that one holds. A telecommunications administrator earns an average annual salary of up to five lakh. He or she earns more than three lakh a year at the initial stage and this increases over eight lakh a year at senior level.

A web administrator designs, creates, maintains and diagnoses the problem in databases. Most significantly, he or she guarantees a safe and successful user experience. It may include enforcing security policies, changing applications, making backups, addressing technical issues, upgrading content and more.

Candidates with more technical experience earn a decent salary. A web administrator earns more than four lakh a year at the initial stage but ultimately he or she receives about nine lakh at senior level.

A server administrator manages server operating system such as email services, web services. He or she is also responsible for debugging any problems related to hardware, operating system and other applications.

A server administrator's salary is majorly based on the business that an individual works for. The salary increases with an increase in years of work experience. On average, a server administrator earns seven to eight lakh per annum. He or she receives more than five lakh a year at the initial stage and gets more than twelve lakh at the senior career level.

What is the job outlook for Computer Systems Administrator?

The increase in demand for cloud computing particularly in small businesses has resulted in the demand of administrators for managing mobile networks. Every company uses computers and mobile devices to handle its business effectively. It is more efficient than conventional document methods. Computer systems administrators are liable for the installation and management of a business's IT infrastructure. It varies from the databases and the workplace network to the company's computers and email software. Several computer systems administrators work for companies developing computer networks. Employers prefer to hire tech-savvy candidates with strong analytical, multitasking and management skills. They work for operating systems, desktops, and mobile devices to function efficiently for businesses is a required activity to ensure positive corporate productivity.

System administrator duties include overseeing the operation team, tracking system and network performance and installing new hardware and software. He or she should have strong analytical abilities and hands-on experience with multiple operating systems to be successful.

Que. What does a Windows system administrator do?

Que. Do you need a degree to be a system administrator?

Employees generally require a bachelor's degree in computer science or a similar area. But in some cases a certificate or associate 's degree is appropriate, and some jobs require a postgraduate degree. Professionals are usually computer systems administrators to pursue certification programmes.

Que. What is a computer administrator?

A computer administrator is someone who is responsible for making improvements on a device which would affect other computer users. He or she modifies security settings, installs systems and software, accesses all computer files, and makes changes to other user profiles.

Career in Defence after Engineering

Career in Defence after Engineering - Check out all the ways through which the aspirant...

Career in Information Technology (IT)

Career in Information Technology - Find the best IT career for you. Know what is Inform...

Career after Polytechnic - Get complete details about career options after polytechnic...

Career options after B. Tech ECE - Check here the career and job opportunities that you...

Career options after B.Tech CSE - Check here the career and job opportunities that you ...

Career options after B. Tech Civil Engineering - Check out the list of popular career o...

02 Apr 2020 Read Full Details
Have a question related to Computer Systems Administrator ? Ask
The question have been saved in answer later, you can access it from your profile anytime. Access now
Report Question

In around 1964, Doug Engelbart invented the first computer mouse made of wood

HP, Microsoft and Apple were started in a garage

Interface Manager was the original name for windows

You can also explore

The details of a career as Computer Systems Administrator has been sent to your registered email ID successfully.